A long time ago, when most Russians were illiterate, they invented thousands of fairy tales that were handed down from generation to generation. Listening to fairy tales was a favorite pastime not only for children, but for adults too, who gathered together in the evenings to listen to a good yarn while weaving bark shoes or doing other work. These stories were morality tales inspired by everyday life, fables about animals and about fantastic creatures that lived in forests, rivers and swamps, or fairy tales about princesses and princes. It was these fairy tales that shaped the character of the Russian people and ensured its cultural continuity.

All Russian writers and poets were brought up on Russian folk tales, and many adapted or used their traditional plots in their works. In the end, many of the fairy tales written by specific authors became such an integral part of the national psyche that not everybody remembers now which stories are folk tales and which were the fruit of a writer’s imagination.

Alexander Afanasyev, a writer in the 19th century, played a great part in the preservation of Russian folklore heritage. He collected the main fairy tales and published them in Russian Folk Tales.

This fairy tale has a cumulative plot structure, whereby the same action is repeated in it many times. So, once upon a time there lived an old man with an old woman (this opening line is shared by quite a few fairy tales). The old man asked his wife to bake a kolobok (a spherical pastry made of dough). The old woman scraped together whatever crumbs of flour she had left and baked a kolobok.

The folk tale about the Kolobok became very popular in Russia and it is read to all children to this day. The best-known version of the tale was authored by a prominent 19th century teacher and founder of pedagogical science in Russia, Konstantin Ushinsky. There are also several animated cartoons based on Kolobok.

Once upon a time, there lived an old man with an old woman. They had a hen called Ryaba (Kurochka Ryaba of the title), who laid a golden egg. Neither the old man nor the old woman could break the egg, but a mouse ran past, flicked its tail, and the egg fell and broke. The old man and his wife became very upset but the hen promised to lay them a new, ordinary egg.

This happy ending was added in a later version of the tale – for children. In the original, however, the broken egg caused a string of misfortunes for the whole village. The story of Kurochka Ryaba attracted the interest of many writers, including Ushinsky and Afanasyev, as well as the leading Russian lexicographer Vladimir Dal and the Soviet writer Alexei Tolstoy, who all created their versions of it. In addition, different parts of Russia had their own versions of this fairy tale, with different misfortunes falling on the village after the egg broke.

This tale begins with an old man planting a turnip. The turnip (repka) grew so large that the old man could not pull it out by himself. So, he first called his wife, then his granddaughter, then his dog, then the cat to help him – but even when they all were pulling together, they still could not pull the turnip out. The last one they called to help was the mouse – and only then they finally managed to pull the turnip out. The message of the story is that if everybody joins in one common task together, then everything will work out. And one should not be afraid to ask for help – even from your worst enemy (take the cat and mouse here).

The allegory with the turnip appealed to many writers, so this fairy tale plot received several interpretations and also served as an inspiration for satire. During the First World War, there were satirical cartoons depicting “the old man” Emperor Franz Joseph planting the turnip of war and calling his European allies to help him pull it. In Soviet propaganda, the old man was depicted as a representation of capitalism that wanted to pull out the red turnip of revolution.

There was a small wooden tower house (teremok) standing in the field. A mouse was running past, stopped and asked: “Who lives in this little house?” No-one answered, so the mouse decided to settle there. Then it was joined in the house by a frog, a hare, a fox, and a wolf… They were all living very amicably together in the teremok, until a bear showed up. They invited it to join them too, but the bear was too big to squeeze into the teremok through the door, so it decided to climb onto the roof … and crushed the teremok. Luckily, the animals managed to jump out in time. Together they began to build a new teremok, and it turned out even better than the previous one – and they all fit in it.

This is yet another incredibly popular Russian fairy tale, which inspired many Russian writers to create their versions of it. Whereas the interpretation created by poet Samuil Marshak became a favorite play for staging in children’s and home theaters.

This is one of the most archetypal Russian fairy tales since its protagonist, albeit lazy and simple-minded, is kind-hearted and relies on luck and the untranslatable Russian avos’. A village simpleton called Emelya catches a magic pike, which promises to fulfil any of his wishes if he spares it. Emelya uses the magic wishes to take care of everything that he is too lazy to do himself. Thus, “at the pike’s behest”, an axe chops wood by itself, buckets are filled with water, and so on. Emelya is too lazy to get up from his warm stove that he commands the stove to transport him anywhere he needs to go. In the end, he marries the tsar’s daughter, no less!

The plot about a magic fish that makes your wishes come true was also used by Alexander Pushkin in his Tale of the Fisherman and the Fish. There, however, the main characters are an old man and his old wife, whose greed leads to a tragedy as the magic fish takes away everything that it had granted to the old couple, and they are left at their old “broken trough” where they started.

The plot of this Russian folk tale is a story of an enchanted bride. The tsar orders his three sons to choose their future wives by each shooting an arrow from a bow and marrying whoever they meet wherever it is that their arrow lands. The youngest son, Ivan Tsarevich, finds his arrow in a swamp and the only living creature he meets there is a frog. So, Ivan Tsarevich has to marry the frog.

However, it turns out that the frog is enchanted: it can shed its frog skin and turn into a beautiful young woman, Vasilisa the Beautiful (or Vasilisa the Wise). In order to free his wife from the evil spell, Ivan Tsarevich has to travel through forests and swamps in search of the evil and terrible Koschei the Immortal. Except that in order to kill him, Ivan first has to find Koschei’s death that is hidden “at the tip of a needle, the needle is in an egg, the egg is inside a duck, the duck is inside a hare, the hare is in a stone chest, and the chest is on a tall oak tree”.

Luckily, the brave and kind-hearted Ivan Tsarevich gets the help of different animals on the way and in the end, of course, saves his Vasilisa.

This story is basically a Russian version of Cinderella. This fairy tale inspired a popular Soviet film adaptation, which is usually shown on TV during the New Year holiday. An evil stepmother takes a dislike to her stepdaughter Marfusha (in the film, she is called Nasten’ka), and asks her husband (that is, the girl’s father) to take her to the forest in winter and leave her there. The girl is found by magical Father Frost (Morozko), who asks her three times if she is warm. The girl, although she is shivering from cold, replies that she is warm, and Morozko, touched by her modesty, saves her and presents her with expensive gifts and a fur coat.

This outcome makes the evil stepmother envious, so she has her own spoilt daughters taken to the forest. However, they are not so nice to Morozko, who leaves them to freeze in the cold. Perhaps the most famous version of the same tale is Samuil Marshak’s Twelve Months.

The character of Baba Yaga is still often used to scare little children when they are naughty. The old witch lives in a forest in a hut on chicken legs and flies in a giant mortar, steered with a huge pestle. A stepmother sends her unloved stepdaughter to Baba Yaga to become her servant. The evil old woman makes the girl work, but it turns out that she wants to eat her! The girl plans an escape and forest animals and even inanimate objects help her because she is kind and affectionate with everyone. The father, having learned that his wife sent his daughter to a certain death, gets very angry and banishes his wife.

There is, however, another version of this tale, in which the father himself takes his daughter to Baga Yaga (like in Morozko, at the behest of his evil wife). There the girl and Baba Yaga become friends, but then the father kidnaps the girl, then he brings her back – and Baba Yaga gets so angry that all that is left of the girl are her bones…

9. Ivan Tsarevich and the Gray Wolf

The tsar sends his three sons in search of a magic firebird with golden feathers. The youngest son, Ivan Tsarevich, suffers a serious setback at the very start of his journey: when he is resting, his horse is eaten by a wolf. The young man is so upset that even the wolf takes pity on him and offers its help. Thus, Ivan goes in search of the firebird astride a gray wolf. Furthermore, the wolf turns out to be very clever and cunning, and thanks to it, the prince finds not only the firebird, but also his love, Elena the Beautiful, whom – with the wolf’s help – he abducts from another king. However, then his brothers try to set him up… But, as is often the case in Russian fairy tales, in the end kindness and honor prevail.

The folk story about a firebird and a magic horse is also used in the famous fairy tale The Little Humpbacked Horse written by Pyotr Yershov (1834). In Soviet times, it was one of the most popular fairy tales, which was printed in numerous copies and staged in many children’s theaters across the country.

However, Ivanushka cannot endure his thirst any longer, he disobeys his sister, drinks some water and turns into a baby goat. Alyonushka, in tears, continues on her journey, leading her brother with her. Suddenly they meet a handsome tsarevich, who takes pity on the poor orphan and wants to marry her. But then a wicked witch, jealous of their happiness, throws Alyonushka into the sea with a stone around her neck. The tsarevich is devastated, while the little goat keeps running to the sea – and once leads the tsarevich there too. Alyonushka is rescued from the sea, she is alive and well, and the witch is executed. 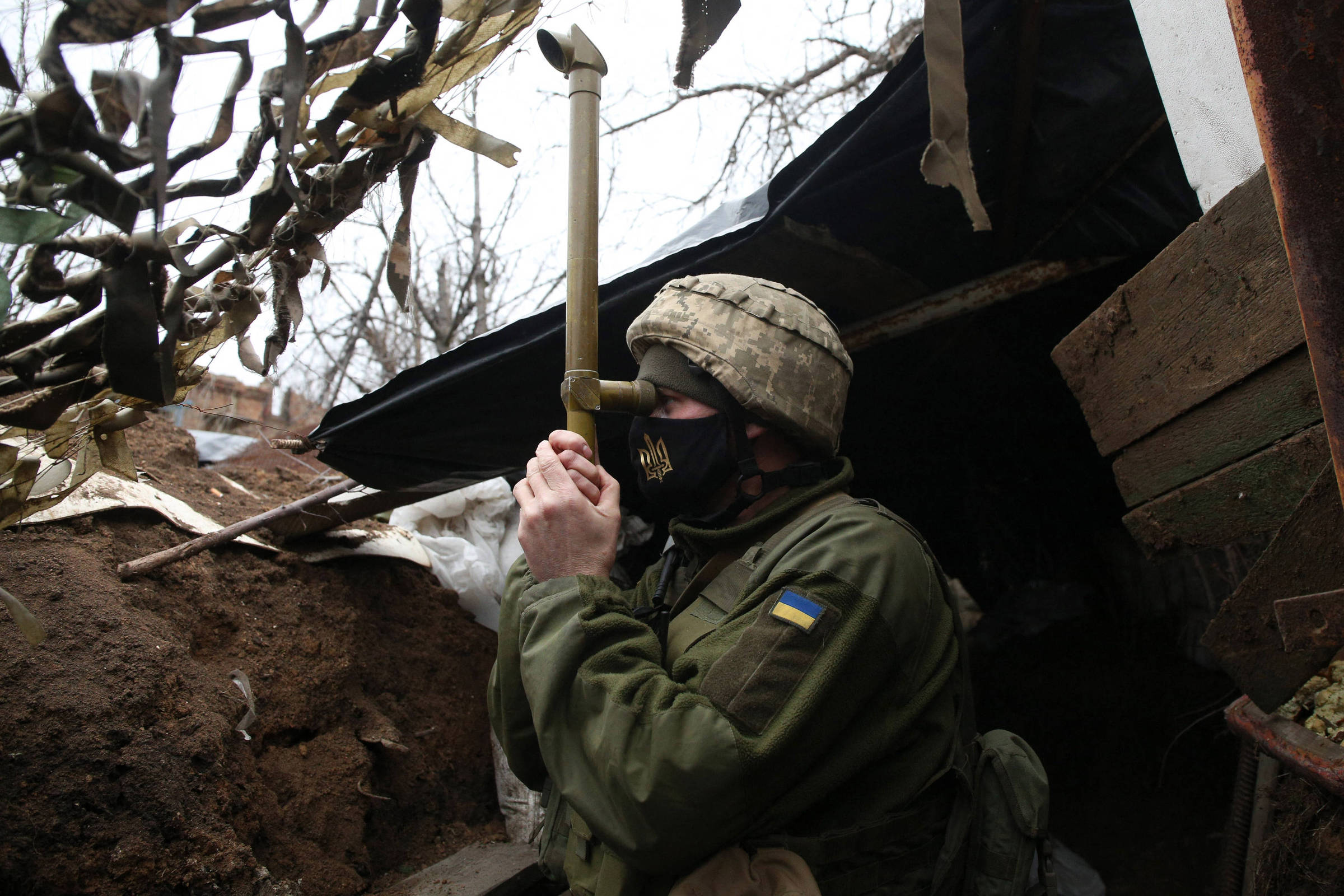 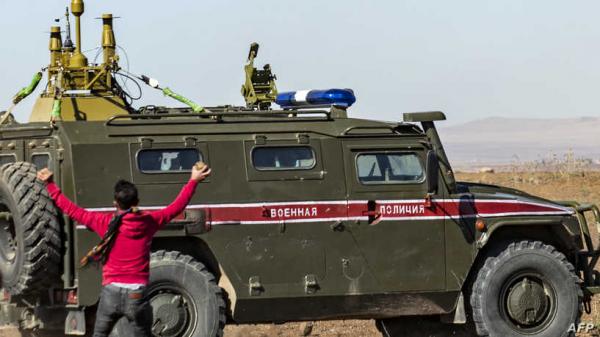 The Syrian Observatory: An explosion targeting a patrol of the Russian forces in Daraa 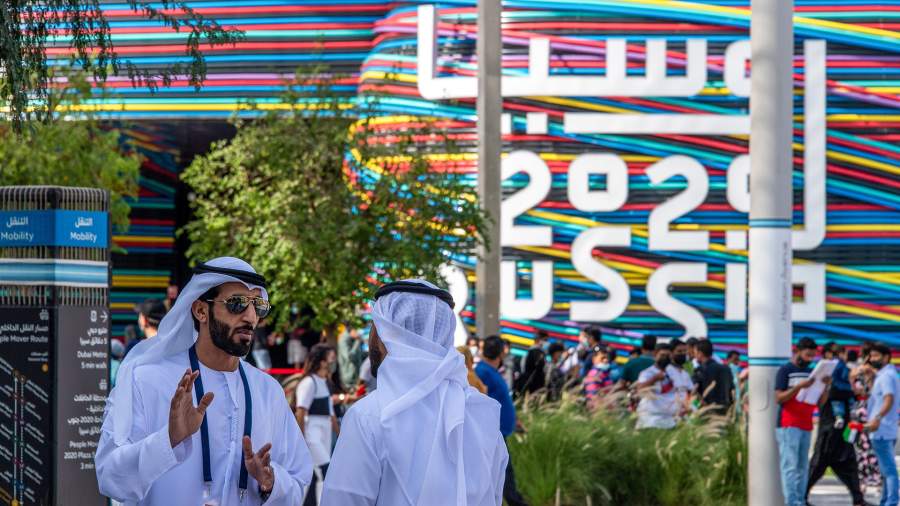 Arab coverage: Mishustin appreciated the development of trade between the Russian Federation and the UAE | Articles