In Grozny, the mother of two children, Susana Isakova, found an unexpected niche for business – letters to order. With the help of paper and ink, she manages to bring together the spouses who have lost the romance of their first feelings, reconcile the quarreling lovers and help those who want to tell a loved one how dear he is to him.

In the era of “goodbye to paper,” personal messages have turned into short SMS messages, but electronic lines on your phone are easy to erase with one touch of your finger. An envelope with pages embedded inside, tied with a velvet ribbon, will remain for a long time in a drawer of a writing desk or in a box with memorable things for the family. Therefore, the service offered by Isakova turned out to be in great demand – on the day Susana and her assistant process several letters. Orders are accepted in social networks, where the author of the idea is better known under the nickname “Dose of Joy”. This is exactly what a friend once jokingly called her, and she liked this pseudonym so much that later, when she opened her pharmacy in Grozny, she gave her the same name.

“Until 2012, I lived in Syria, where my large family left the war in Chechnya,” says Susana. – We lived in Damascus, but when the terrorist attacks thundered in the city center, our school at the Russian embassy closed, we were advised to evacuate. So we fled the war again. The entire school curriculum had to be completed as an external student and already in Grozny to take the Unified State Exam. Then she graduated from the Sechenov First Medical University, became a pharmacist. In Moscow she worked in three pharmacies and was not disappointed in the profession.

The idea to write real letters to Suzana came from her relatives. Essays were easy for the girl at school. Once she published her own name in calligraphic handwriting on social networks. Immediately, responses poured in, and with them requests to write other names in the same way. Meanwhile Susana got married and gave birth to a son. And during this period, the older sister suggested – since there is a gift to clothe thoughts in an elegant form, and even a beautiful handwriting, why not monetize it?

The first letter she wrote at the request of a friend, it was addressed to her mother, who lives in France. Most of the day was spent creating and formatting the message, but the efforts were rewarded. A friend sent a video: when my mother opened the envelope and began to read, tears came to her eyes from the surging excitement.

– At that moment I realized that I would like to do this seriously, – recalls Susana. – Everything you needed was already at hand: paper, ink, sealing wax and felt-tip pens. I still find it difficult to explain the popularity of the service. It seems that everyone got used to phones and stopped noticing what was going on around them, even domestic conversations were taking place against the background of reading news on the Internet. A letter is a sign of attention to a person. In addition, for people who, by virtue of their upbringing, are accustomed to restraint, it is much easier to pour out feelings on paper than to express them when they meet. But not everyone can clearly formulate thoughts, so they ask for help.

Most often, the customers are women, they ask to compose a letter for husbands to add warmth

Most often, the clients are women, they ask to write a letter for husbands in order to add warmth to the relationship. They contain, for example, a hint to give flowers, as in the courtship period. Many orders are received for letters to mothers. Men also apply, but less often and, as a rule, send correspondence to girls, even make marriage proposals in this way.

Photo: From the personal archive of Susana Isakova

An ordinary letter of one and a half pages to a client costs two thousand rubles. An e-mail is cheaper, but its magic is not so tangible. Susana admits that the details are important to her. Acting, in fact, as an intermediary between people, you need to know some details of their life – happy memories, vivid episodes, history of acquaintance. You can add words characteristic of the client’s speech to the text, and then it acquires a special emotionality.

“In two years of work, I learned a lot about my people,” adds Susana. – You have to be a psychologist: sometimes a person tells his story, and I doubt whether to take up the letter or not. Once I was approached with an unusual request: my daughter decided to compose a tender message to her mother on behalf of … her deceased father. Until now, remembering this, a lump rises to my throat. The fact is that her father voluntarily passed away, although outwardly everything was fine in the family. And I was afraid that the woman would be very upset when she received an envelope “from the other world.” But everything seemed to go well. It happened that wives ordered letters to husbands serving time in prisons, but in electronic format, since when writing ordinary ones, only special forms approved by the institution are required.

Among Isakova’s clients are residents not only of Chechnya, but also of neighboring regions, there are even customers from Kazakhstan. When asked about the source of inspiration, because each letter should be individual, and it is difficult to avoid repetitions, Susana confidently answers: “In feedback.” People often send reviews and report that someone has improved relations with their relatives, wives are glad that husbands have become more attentive, and guys write about the delight of their lovers. These positive emotions fuel the business.

When will children be able to get COVID-19 vaccines?

One Good Thing: A taste of the islands makes lockdown easier 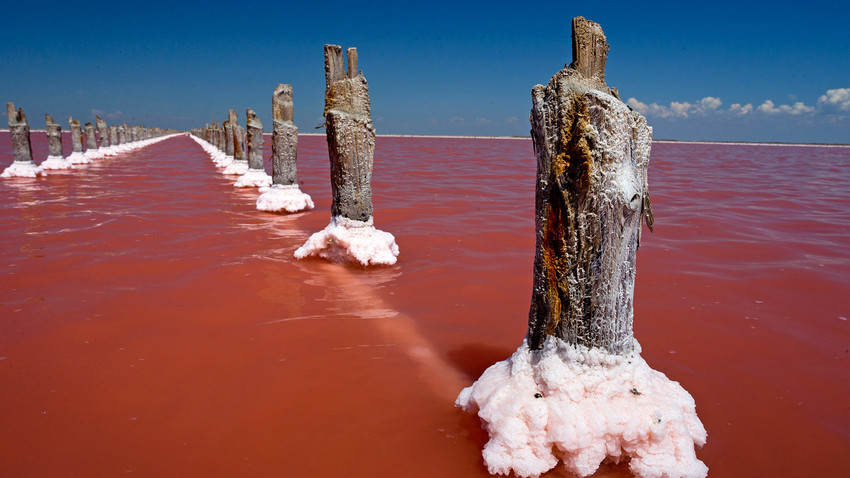