Tomorrow morning, car enthusiasts in Dubai are awaiting a wonderful experience in the world of cars, as more than 200 supercars, luxury motorcycles, and classic cars will set out from the grounds of the No Filter Dubai exhibition, held in Dubai Harbor, to roam the streets of the Jumeirah Beach Residence area. And the Jumeirah Lakes Towers in an amazing parade by all accounts.

The organization of the Dubai Supercar Parade comes as part of the activities of No Filter Dubai, the latest exhibition in Dubai, which celebrates the emirate’s continuous passion for modern lifestyle and car culture. At the end, the cars return to Dubai Harbor, where the public can see these cars up close.

The magnificent parade includes some of the private cars, which are rarely seen in the city streets, and are registered with local car clubs, at the forefront of which is the Group 63 Car Club, famous for its unparalleled collection of Mercedes-Benz cars of various models. On the other hand, the Dodge Viper Club offers a selection of Viper GT, SRT and GTSR models, while the ERS Club completes the splendor of the procession with the Porsche 911, GT3 and GT3R.

Some roads in the areas the convoy passes through will be temporarily closed, such as Dubai Harbor Road, The Walk and JBR, from 8.30 am to 9.30 am. Saturday represents the last opportunity for car enthusiasts to take pictures with their favorite cars, and enjoy the special experiences and events hosted by the exhibition.

On the other hand, the showroom presents a number of cars from some classic Hollywood movies and series. The list of cars includes the beige and red convertible Jeep Wrangler from the movie Jurassic Park, the dinosaur thriller directed by Steven Spielberg, which was shown in 1993, whose scene of being destroyed by the angry T-Rex is still stuck in the memory of viewers, and the subject of a large number of humorous images of the two stars. Sam O’Neill and Laura Dern first see roaming dinosaurs in the park from the car.

The 1963 Dodge Charger and Mitsubishi Eclipse models take visitors back in time to the first appearances of actors Vin Diesel and Paul Walker as the legendary Dominic Toretto and Brian O’Connor in the movie Fast and Furious, as the two cars participated in one of the most famous scenes of street racing in cinema history.

Fans of the TV series Breaking Bad, whose hero Bryan Cranston visited Dubai last week, can enjoy watching the Pontiac Aztec driven by Walter White, one of the most iconic SUVs of the early to mid-2000s.

The exhibition will also host a model of the Aston Martin DBS that Daniel Craig drove during his role as James Bond in the movie Casino Royale; the modified Shelby GT500 Mustang known as the Eleanor, which appeared in the movie “Gun in 60 Seconds” starring Nicolas Cage and Angelina Jolie; and a 1984 Ferrari 308 GTS Quattrovalvole in bright red that was driven by Tom Selleck in the 1980s TV series Magnum PI.

The activities of the No Filter Dubai exhibition will continue until tomorrow at Dubai Harbor, and tickets are available on the Platinum List website with prices starting from 60 dirhams. It is recommended to take public transport when traveling to and from Dubai Harbor, with the possibility of obtaining discounts from Careem when using the promo code NOFILTERDXB. 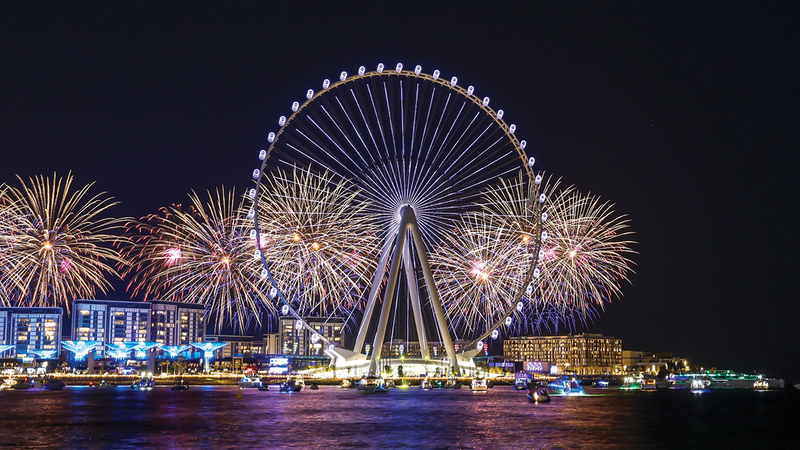 “Ain Dubai” .. entertainment activities on the occasion of the fiftieth anniversary of the union

Aaron Finch will miss start of BBL with the Melbourne Renegades