The British Museum’s landmark show Peru: A Journey in Time has been a decade in the making and enables the museum to foreground objects from its own collections and present them alongside treasures from Peru seen for the first time in the UK. Its opening coincides with the 200th anniversary of Peru declaring its independence from Spain, with the UK being one of the first countries to recognise the new nation’s sovereignty. But the neatness of this chronology is perhaps, to a western audience, almost the only familiar aspect of a show that consistently challenges the most basic notions of how the world works and how it can, and should, be lived in. Not the least of these challenges is to the concept of time itself.

The subtitle of the exhibition is both a prosaic description of a chronological examination of many different cultures over 3,500 years, but also an introduction to how Andean time was experienced. “We generally think that we’re in the present, the past is behind us and the future is ahead of us,” explains its co-curator Jago Cooper. “Whereas in Andean societies, the past, present and future are parallel lines happening contemporaneously. So the past isn’t dead, it’s happening at the same time as the present, which can therefore change it. And it is by accepting the interrelationship between the past and present that you can best plan for the future.”

Other points of divergence in ancient (pre-Columbus) Peru include a lack of a script-based writing tradition or a system of monetary exchange.

“There is also the extreme diversity of the environment,” explains Cooper’s fellow curator, Cecilia Pardo. “Negotiating life on the Pacific coast, or in arid deserts, the high Andes or the rainforest all required deeply sophisticated and sustainable innovation and technologies that prompted unique ways of societies being successful.” Evidence of this success comes in a wide range of stunning artefacts on display: from remarkably well preserved textiles, some of them more than 2,000 years old, to wooden sculptures that cast a new light on ritual killings, extensive collections of ceramics and intricate uses of precious metals.

With the economic underpinning of societies not reliant on the arbitrary valuation of currency, it was systems of reciprocal obligation that largely powered progress and production. “People had an obligation to maintain and sustain each other and the world around them,” says Cooper. “That had profound implications for the way resources were managed and also how things were made. Textiles and other small items were made communally but large structures were also built communally and voluntarily, and not by slave labour as in other parts of the world.”

And without a written culture, the objects themselves acquired a heightened importance as carriers of cultural knowledge, ideas and beliefs. Many of the pieces in the show have survived as a result of them being funerary offerings preserved in sealed graves, and they cast light on belief systems and practices. But, as Cooper reminds us, at the heart of the show is an acknowledgment that this is a culture in which the past is alive and only created in the present.

There is so much more to learn, adds Pardo: “It is likely that fewer than 10% of potential sites have been excavated in Peru. Many more digs are under way with both Peruvian and foreign archaeologists studying different aspects of this very long story. This exhibition offers a wonderful snapshot of what has been found and what we know now, but the curators are both humble and excited about what the future might bring. The remarkable history of these cultures is still being made.”

Out of the past: four ancient Peruvian artefacts

This funerary blanket is one of the oldest artefacts in the exhibition and was used by the Nasca people who traditionally buried their dead in a sitting position, wrapped in layers of cloth. The repeated figure, wearing feline masks and carrying human heads, is embroidered on to the cloth and is probably a representation of an ancestor who would take care of the deceased in the afterlife. The burial would have taken place in the arid deserts of southern Peru and the lack of humidity has allowed the survival of the textile for close to 2,000 years.

A wooden sculpture found on an island off the coast of Peru and preserved in layers of guano. It depicts a high-ranking figure, bound by rope, before his ritual execution. There was comparatively little warfare in ancient Peru but instead more ritualised confrontations – resulting in far lower levels of bloodshed than in European conflicts of the era. These would end with the capture of prisoners and the public execution of representatives of the defeated side. These deaths, which perversely honoured the importance of human life as opposed to generalised slaughter on the battlefield, would often also be recorded in public murals.

Vessel of a man and woman copulating (pictured top)

This ceramic stirrup pot depicting a couple having sex – her tattoos indicate it was made towards the end of the Nasca period, which finished in AD800AD – would have been very inefficient for carrying liquid and was not made for daily use. Instead, it was a funeral offering, which are often found in separate pieces within the grave. The body and the stirrup spout were in different locations, indicating it had been purposely broken during a ceremony before the grave was closed. The depiction of women in ceramics didn’t begin until some time after AD400, and usually indicated a connection to fertility.

A decorative plate, about 1,000 years old and measuring more than 10cm. This would be attached through the ear lobe by a large spool and worn as illustrated. It is made of wood, metal, mother of pearl and other precious shells. The delicacy of the inlay work and the diversity of the materials used reveals it as the product of a sophisticated and wealthy society. The red material, spondylus, a spiny bivalve known as the thorny oyster, was particularly valued and as well as being used for decorative purposes was also ground into powder and scattered on the ground to create something analogous to a red carpet for dignitaries.

Peru: A Journey in Time is at the British Museum, WC1, to 20 February 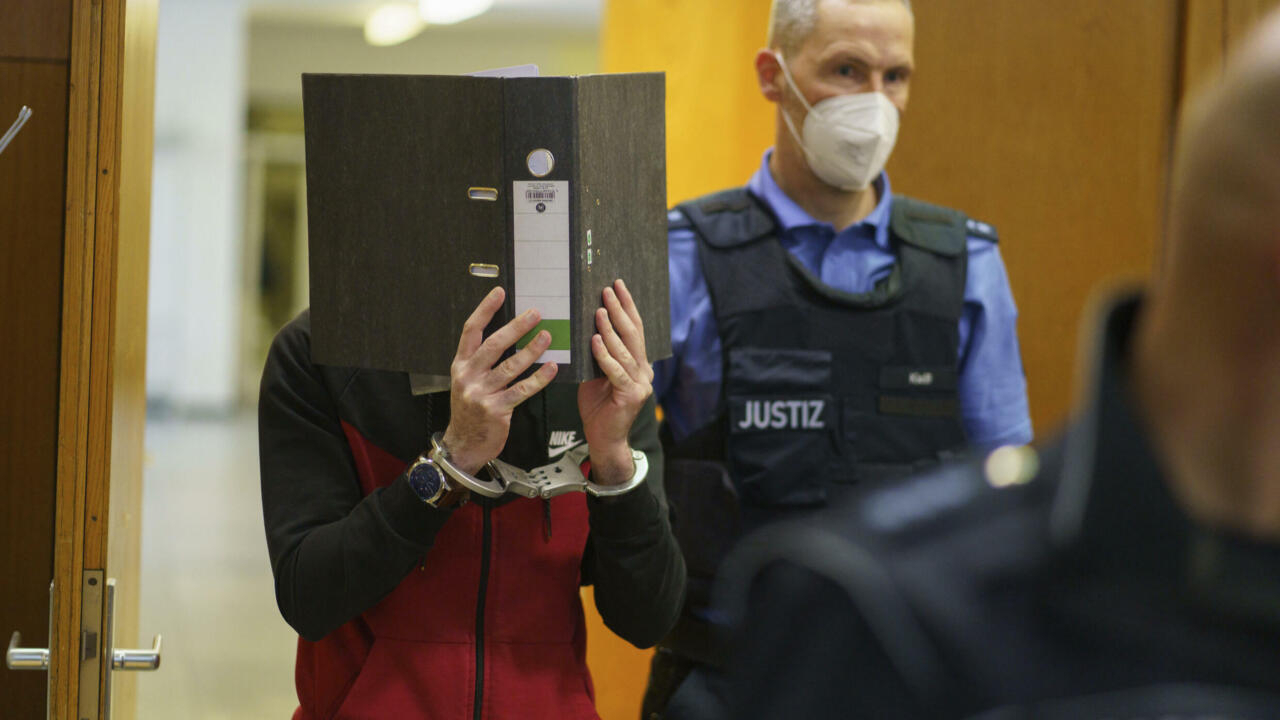 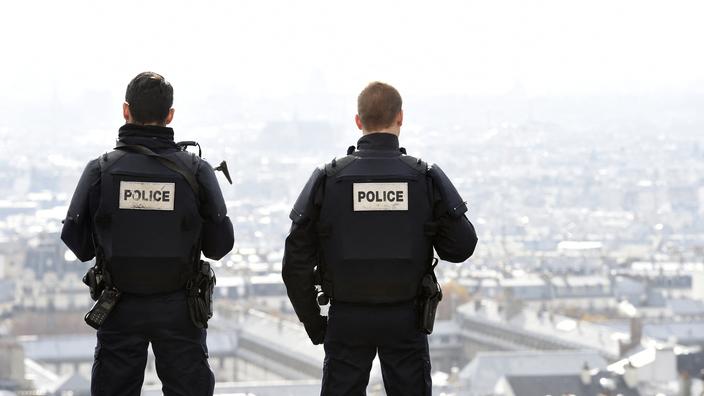 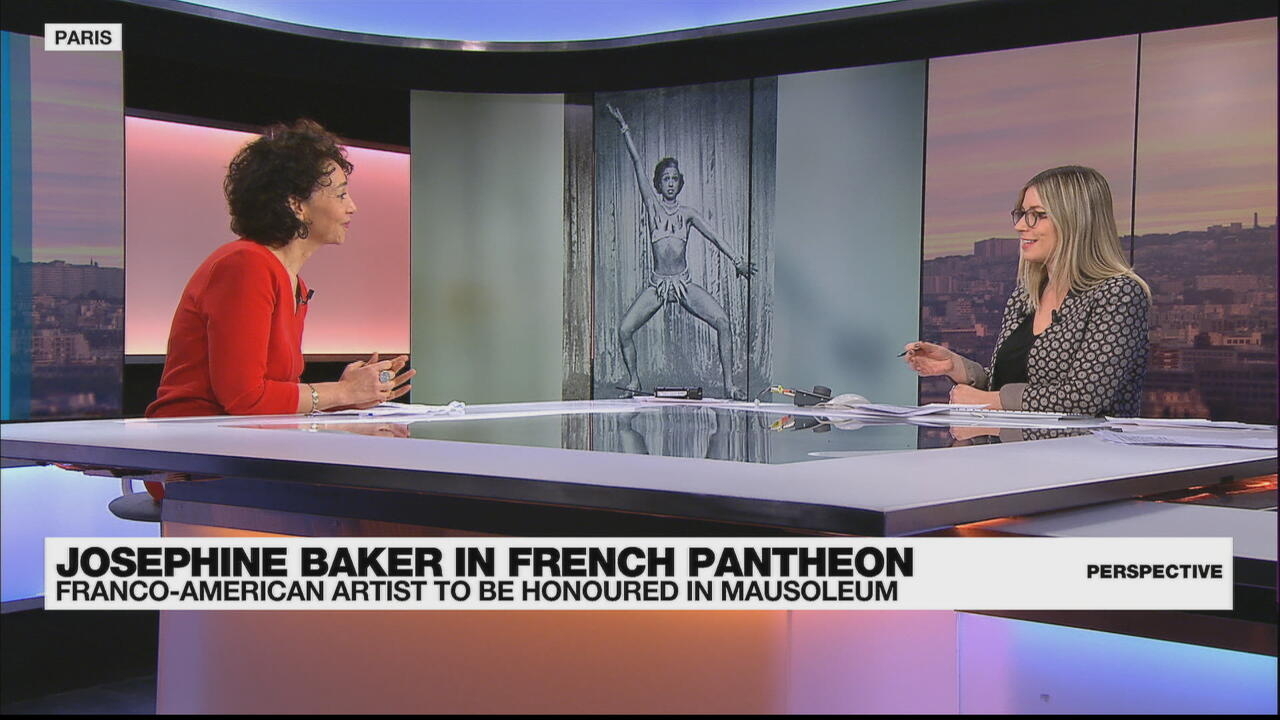 ‘The Story of an Awakening’: The life and times of Josephine Baker