A defendant was high on meth when he “freaked out” after his bail was revoked, launching himself over the dock in a wild escape attempt.

A defendant was high on meth when he “freaked out” after his bail was revoked, launching himself over the dock in a wild bid to escape an Adelaide courtroom.

Footage of the incident was released by the District Court on Tuesday after Nicholson appeared for a pre-sentence hearing the previous day.

In the audio, Nicholson can be heard pleading with Magistrate Sue O’Connor not to remand him in custody, saying “miss, please miss” and that he is “trying to change”.

He first attempts to leap from the dock but is stopped as sheriff’s officers Roger Vandborg and Darren Parker try to stop him, but he breaks free and jumps over the glass, landing on the bar table.

Police prosecutor Brendan Gottschutzke tackles him to the ground, but he breaks free and heads towards the exit. Mr Vandborg grabs Nicholson from behind and they fall backwards.

After he was restrained, Ms O’Connor tells him he will be charged over the assault she just witnessed, saying “you just smashed into a sheriff’s officer”.

Prosecutor Tali Costi described the attempt to escape as “impulsive and futile” and said his resisting of the sheriffs officers was “violent and forceful”.

Nicholson pleaded guilty to attempted escape from custody and two counts of recklessly causing harm to a prescribed emergency worker.

Mr Vandborg sustained a broken right foot in the scuffle, while Mr Parker suffered a clicking jaw and headache.

In a subsequent interview with police, Nicholson “said he freaked out when he was told that his bail was revoked, he thought he was just coming to court and going back out and his son was with him as well”, court documents stated.

“He said he jumped the box and was just trying to get out of there, he wasn’t trying to hurt anyone,” the documents said.

Nicholson’s lawyer Peter Hill told the court his client was “genuinely remorseful” and had a “longstanding” drug problem, and that he was under the influence of methamphetamine at the time of the offending.

He will be sentenced in July. 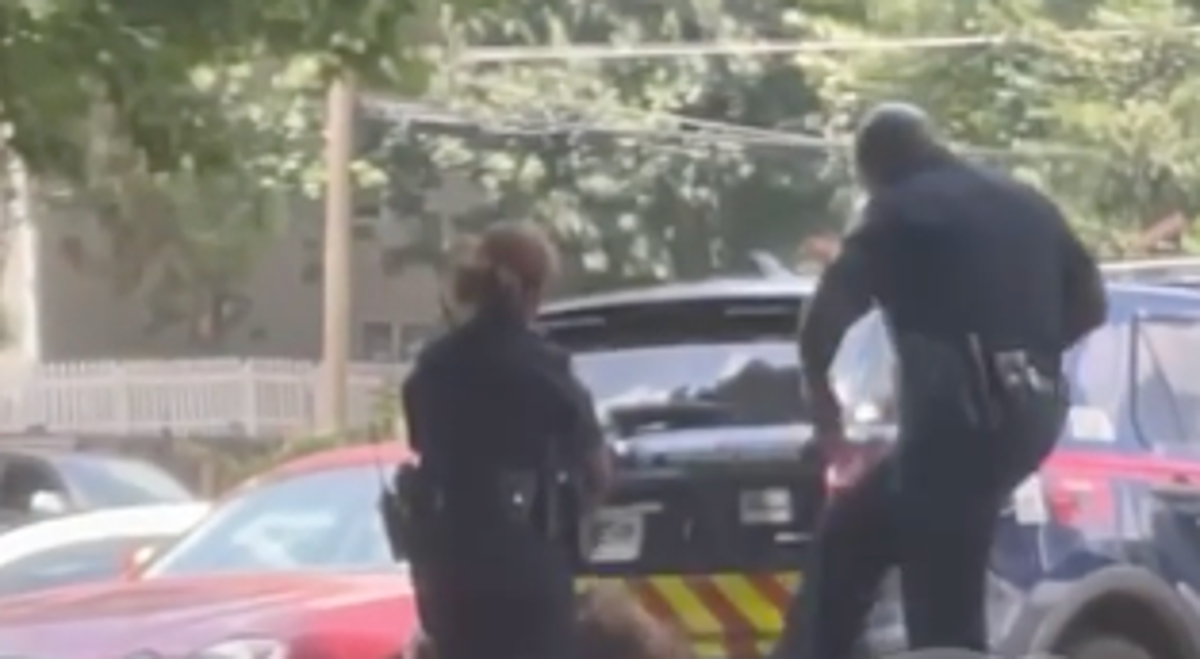