The Pentagon has invested two decades of time and untold manpower to train Afghan security forces, while American taxpayers have spent tens of billions of dollars providing direct financial assistance and military equipment for the effort.

The radical Islamist Taliban insurgents have gotten no such help, yet the two sides currently control about the same number of districts across Afghanistan, with the Taliban poised to capture even more territory as their fighters encircle provincial capitals and the U.S. completes its military withdrawal.

That troubling reality, critics say, is the latest example of the flawed premise that undergirds a massive, multi-agency program to train and equip foreign military forces all around the world. Despite a noble intent, it’s proven virtually impossible to transfer American warfighting spirit and skill to foreign troops, even if they’re provided with much of the same equipment, given similar instruction, and put through nearly identical physical regimens.

State Department officials say it’s unfair to blame U.S. training programs for the actions a handful of foreign soldiers might take years down the road. And there certainly have been plenty of high-profile instances in which U.S. service members themselves commit violent crimes using some of the tactics they learned in military training.

But specialists argue that on the whole, programs for foreign militaries simply don’t produce the promised results and in many cases create far more problems than they solve.

“No one really examines the fundamental question, which is really important: How does this advance American national security? We’ve been doing it for so long, but what’s the payoff?” said retired Army Lt. Col. Daniel Davis, a senior fellow at the Washington foreign policy think tank Defense Priorities who worked on a military team that trained Iraqi forces after the 2003 U.S. invasion.

“My personal experience? I saw literally no difference” in the foreign troops before or after U.S. training, he said. “From the time we got there to the time we left, it was like kids in a summer camp. … It was adventure training. They weren’t taking it seriously.”

“It doesn’t work, so it needs to just stop because it’s a complete waste of time and money,” he said.

‘The capacity to fight’

The U.S. spent vast amounts of money training Iraqi security forces, but huge swaths of the country still fell under Islamic State control after a major drawdown of American forces a decade ago under President Obama. The Pentagon also launched a nearly $500 million program to train Syrian rebels to battle ISIS fighters. The program produced its first batch of 54 graduates in 2015, but Defense Secretary Lloyd Austin — then serving as the head of U.S. Central Command — admitted to Congress at the time that only “four or five” of those individuals had actually remained on the battlefield when the fighting began.

In Afghanistan, the price tag has been dramatically higher. Since the U.S. invasion in October 2001, at least $88 billion has directly been spent on training, equipping and funding Afghan military and police forces, according to figures compiled by the Associated Press. Allied governments have also set up extensive training programs for Afghan security personnel to complement the American effort.

The real dollar figure is likely much more and the costs will continue even as the U.S. exits. Hundreds of thousands of Afghan security forces have taken part in the training.

Nevertheless, the Taliban have scored major victories over Afghan security forces in recent months, amid reports some regular Afghan troops simply abandoned their posts and ceded U.S.-supplied weaponry and supplies to the advancing Taliban forces.

Pentagon leaders stand by the U.S. training efforts, arguing the fight for the future of Afghanistan is far from over. Joint Chiefs of Staff Chairman Gen. Mark A. Milley told reporters Wednesday that the Afghan troops should be ready to defend their country.

Afghan security forces so far have kept the Taliban from overrunning any provincial capitals, but many of those key population centers are surrounded by insurgent fighters. It’s widely expected that after the U.S. withdrawal is fully completed, the Taliban will launch a major, multi-pronged offensive targeting those cities, and many foreign policy analysts believe much of the country will fall to the insurgents.

Despite Gen. Milley’s insistence that the Afghan forces are prepared to fight on their own, Pentagon officials confirmed Thursday that the U.S. in recent days launched a series of airstrikes against Taliban targets. A defense official told the Associated Press that at least two of the airstrikes targeted artillery and vehicles that the Taliban captured from Afghan forces.

It’s unclear whether that equipment had been provided by the U.S.

Foreign training efforts in longstanding war zones such as Iraq and Afghanistan receive the lion’s share of attention, but U.S. programs extend to virtually all corners of the world.

In fiscal year 2018, at least 62,700 students from 155 countries took part in U.S. training programs at a cost of $776.3 million, according to the most recent State Department report on the subject. In 2020, the Defense Department reportedly trained at least 31,000 foreign military students, in addition to having military advisers in more than a dozen foreign nations.

In more recent years, some of these foreign-based trainees have found themselves caught in the middle of major geopolitical disputes. In 2019, for example, the U.S. sent home Turkish students who were in America learning to fly the F-35 fighter jet. The U.S. kicked Turkey out of the lucrative program after Ankara bought the Russian-made S-400 missile system.

Additional screening protocols are now in place before foreign military students can study at U.S. facilities.

But that was hardly the first time U.S. policymakers put new rules on foreign training programs. In the late 1990s, Congress tightened up foreign military training with the so-called “Leahy Law,” named after  Democratic Sen. Patrick Leahy of Vermont. The law put new limits on which countries could work with the U.S. and prohibited nations with track records of human-rights abuses from receiving the training.

The legislation was specifically aimed at training for Latin American countries. Colombian forces, for example, have received a great deal of U.S. military training dating back decades.

Last week, U.S. officials confirmed that at least six ex-Colombian soldiers who had gotten American training were involved in the assassination of the Haitian president. Biden administration officials say there’s no indication that the U.S. assistance directly contributed to the events in Haiti.

“In accordance with U.S. law, we vet all individuals who attend U.S.-funded training based on available information and assess the proposed training against the background of the units and individuals involved, the context in which the training is sought, and U.S. national security interests,” a State Department spokesperson told The Washington Times. “The actions an individual may take years or decades after attending a course is beyond the U.S. government’s ability to predict.”

“With regards to these specific individuals, we do not believe there is any nexus between the U.S.-provided training they received in the past and their alleged actions in Haiti,” the spokesperson said. “On the contrary, all U.S. training emphasizes the importance of the rule of law and respect for human rights.” 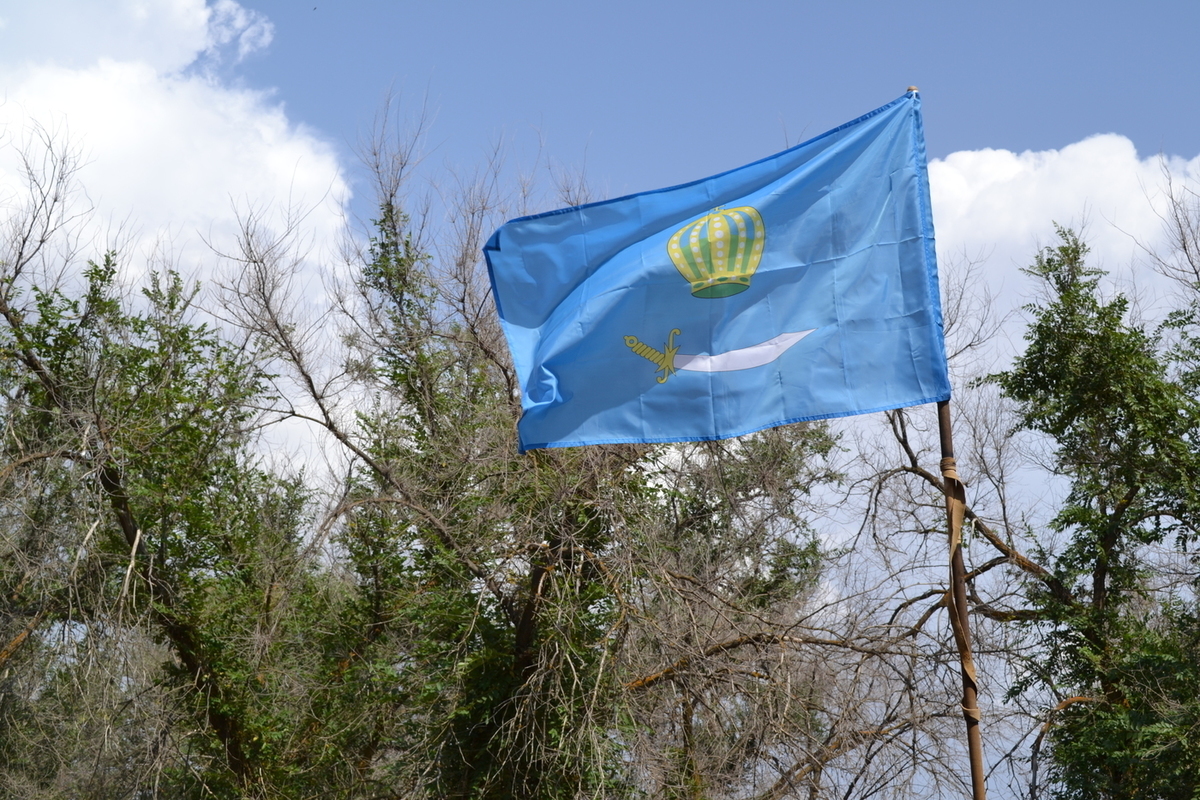 “Losing population”: in the Astrakhan region, the death rate exceeded the birth rate

On the Don, a motorcyclist was torn apart in an accident

Illegal immigrants from Brazil soar at border, up 114,000%