Tess Barker knew to arrive as early as possible at Los Angeles’ Stanley Mosk Courthouse if she wanted to snag a seat at last week’s hearing regarding the conservatorship that has controlled Britney Spears’ personal and financial life for 13 years. Barker, often alongside her podcasting co-host, Barbara “Babs” Gray, has attended dozens of hearings about the Spears case. Indeed, Barker’s long, pretty face is familiar to the bailiffs and reporters inside the courtroom and the hundred or so sign-carrying #FreeBritney activists waiting for news outside.

“Quite a bit happened,” Barker says by phone after the hearing. For the first time since 2008, when the conservatorship went into effect, Spears regained a measure of control when L.A. Superior Court Judge Brenda Penny allowed the star to hire her own lawyer, former federal prosecutor Mathew S. Rosengart, who quickly went to bat for his new client.

“There was this really dramatic moment in the courtroom where [Rosengart] invited Jamie Spears to step down immediately,” says Barker, referring to the pop star’s father, who pushed for the conservatorship, which has decision-making authority over everything from the singer’s psychiatric medication and birth control methods to her estate worth an estimated $60 million. “It was a really good feeling to have someone finally on her side of the courtroom for her, really being a passionate advocate.”

Barker and Gray, comedians turned podcasting stars, can also be said to be firmly in Spears’ corner. Many credit them with sparking the #FreeBritney movement through their first Spears-centered podcast, “Britney’s Gram,” which analyzed the star’s often-cryptic Instagram feed. (Others used the term first, but Gray created the pink-and-white hashtag tile now seen on countless signs and T-shirts to promote a pivotal “Britney’s Gram” episode in 2019 called #FreeBritney.) The podcast also led to their appearance in the New York Times documentary “Framing Britney Spears.” Earlier this month, they began releasing episodes of their newest podcast, “Toxic: The Britney Spears Story,” conceived as a fact-finding 10-part podcast examining Spears’ predicament in depth as well as the larger issue of conservatorship. But just before the podcast’s debut, Barker and Gray had to rethink much of their first episode after a June 23 court hearing that changed the trajectory of Spears’ story.

“Tess and I have been investigating Britney’s story for over two years,” Gray says in “Toxic’s” first episode. “On the day of this hearing, we were weeks away from publishing the first episode of this podcast, an episode in which we wondered why Britney has been so silent. And then she spoke.”

For more than 20 minutes in Judge Penny’s courtroom, Spears, participating by telephone, made her case for ending the conservatorship with details longtime observers found shocking and moving. To Barker, even typically hard-to-read Judge Penny seemed affected that day.

“Britney publicly spoke out about … how she saw [her conservatorship] as abusive, controlling and something akin to sex trafficking,” Barker says in “Toxic.” “This was a moment 13 years in the making, a moment, honestly, we didn’t think we’d ever get to see.”

Not every episode of “Toxic” will follow the courtroom action so closely.

“I always stress to the team that we are not tied to nor should we be led by the latest news cycle,” says Kameel Stanley, the executive producer of Witness Docs, the arm of Stitcher that creates heavily reported content, including Barker and Gray’s “Toxic.”

This week’s episode, for instance, is a deep dive into the competing narratives around Spears’ life in 2007, which as Gray and Barker say in the podcast was “her last year of freedom” before the conservatorship. It was the year she attacked a photographer’s car with an umbrella, when her divorce from Kevin Federline was finalized and a custody battle for her children heated up, when a lackluster performance at the MTV Video Music Awards led to some of the cruelest coverage of the star’s career — and to the counter meme “Leave Britney Alone,” in which a tearful Chris Crocker, very much in the spirit of future #FreeBritney activists, defended Spears. It was also the year she shaved her head, an act many took as a sign she needed psychiatric help.

“It’s not illegal to shave your head,” Barker says in the episode. “Nobody would think twice if a man did it. But … those photos are still being used as proof that Britney is permanently damaged. That she shouldn’t be in charge of her own life.”

Listening to the podcasting partners from their respective homes in Los Angeles, it’s easy to see that what Barker and Gray bring to the table is a laid-back best-friend chemistry and the ready, encyclopedic Britney-ology that comes with being superfans. They met on L.A.’s open mic circuit, and they’re still working comics. Though they acknowledge being newcomers to the more formal arena of scripted, produced and scrupulously fact-checked podcasting, they stress that entertaining dive-bar drunks teaches a person a thing or two about storytelling — and about accepting criticism.

“Nothing gives you more immediate feedback than a stand-up comedy set,” Barker says. “I think we’re both very unemotional when it comes to getting feedback from producers. It’s not like an ego thing. It’s like, ‘That’s not working? Let’s cut it!’”

“I think also the natural cynicism that comics have helps,” says Gray. “You’re always trying to figure people out.”

Neither of them expected to be steeped in the intricacies of the California legal system, but here they are. Sitting in her Eagle Rock living room, Barker explains how they educated themselves in probate law. “We joke that we’re like ‘Legally Blonde,’” she says of the Reese Witherspoon comedy about a shopaholic turned underestimated law school student. “If we don’t understand something, we’ll call an attorney and have them explain ‘Probate Law for Dummies’ to us. Over the last year, we’ve both gotten a grasp.”

“A ‘grasp,’” Gray repeats dryly. When it comes to reporting, she thinks of herself as the one who is playing catch-up. Barker, who has an eclectic journalism portfolio, has gone undercover for Jezebel to report a story about underpaid NBA cheerleaders and has written humor pieces for Vice with titles like “I Fixed My Credit With Day Drinking.”

If Peter Clowney, vice president of podcasting at Stitcher, had concerns about the pair’s ability to navigate Spears’ hermetically sealed universe, his first meeting with Barker and Gray put his fears to rest. “My team had worked up all these questions, and their answers made it clear that their ambitions were bigger than trying to exploit this place they have in [the #FreeBritney movement],” says Clowney. “They just impressed us. There are all these NDAs in Britney’s world. Sourcing things takes another level of getting people to trust you, to talk to you, and it’s very clear that they know how to get people to believe in them.”

Like all good reporting teams, they are clear-eyed when it comes to who does what best. “Babs is very good at working sources,” says Barker. “Ultimately, a source is the same as making a new friend or going into a bar and [talking] to a lot of people. It’s a social skill that I don’t think everyone has and Babs is really good at making people feel comfortable.”

“Tess is just incredible at having that drive to figure out what’s going on and synthesizing information,” says Gray. “To make this complicated thing make sense. She’s had to explain some things to me 10,000 times over because I’m like, ‘What the hell is going on here?’”

Between the heightened interest in Spears’ story and Barker and Gray’s track record, “Toxic” has become a podcast hit almost immediately. It’s appeared regularly in Apple’s top 20 podcast rankings since the series’ July 7 debut, and their cachet as Spears analysts has only grown. They are frequently sought out for interviews and even appear on other Britney Spears podcasts, which can sometimes distract them from their own reporting.

“Part of the problem is that everyone has been calling them for comment,” says Clowney. “We’re like, ‘Guys, it’s OK to do press. But we really need for you to be working.’”

Still, Barker and Gray know there’s exponentially more ground to cover on the Britney Spears story, and that’s where they’re putting their energy right now — especially as developments in the case accelerate, including the hasty withdrawal of key conservatorship figures. “It’s kind of reminiscent to me of the end of the Trump administration, where everyone started jumping ship and pointing fingers,” says Barker, referring to the resignations of Spears’ court-appointed lawyer, Samuel Ingham III, and her longtime talent manager, Larry Rudolph, as well as Bessemer Trust, a wealth management company that was set to oversee Spears’ finances.

It’s a long way from where they were in 2019 when their usually easygoing “Britney’s Gram” podcast took a turn after comments they made questioning the conservatorship led to an anonymous tip on their Google voice hotline claiming that Spears had been checked into a mental health facility against her will. They switched into reporter mode and, after vetting the source, released what they called a “special emergency episode” of their podcast with the #FreeBritney hashtag in April 2019. (Spears herself was reported to have made similar claims in a closed-door hearing in May 2019 and in her open-court statement last month, though representatives for her father have denied the accusations.) After that episode, everything changed.

“That’s where it kind of took off,” says Gray. “It was like, ‘Oh, we’re going to dig around more in this thing and see what’s going on here.’”

Currently, the podcasters toggle between studiously taking notes in court one minute and displaying Britney fandom the next. On July 14, after she left the courthouse proceedings, Barker put in a call to Gray. That’s when Tess the Britney fan kicked in.

“I wanted to fill her in and I said, ‘This is the kind of Matthew McConaughey [lawyer] we’ve been wanting,’” she says, citing the 1996 legal drama “A Time to Kill,” which contains a famously stirring closing argument. “[Rosengart] is kind of a smart ass. He has a real take-no-s— approach to things. So that made me feel hopeful [for Britney]. For the first time in a long time, things might actually change.” 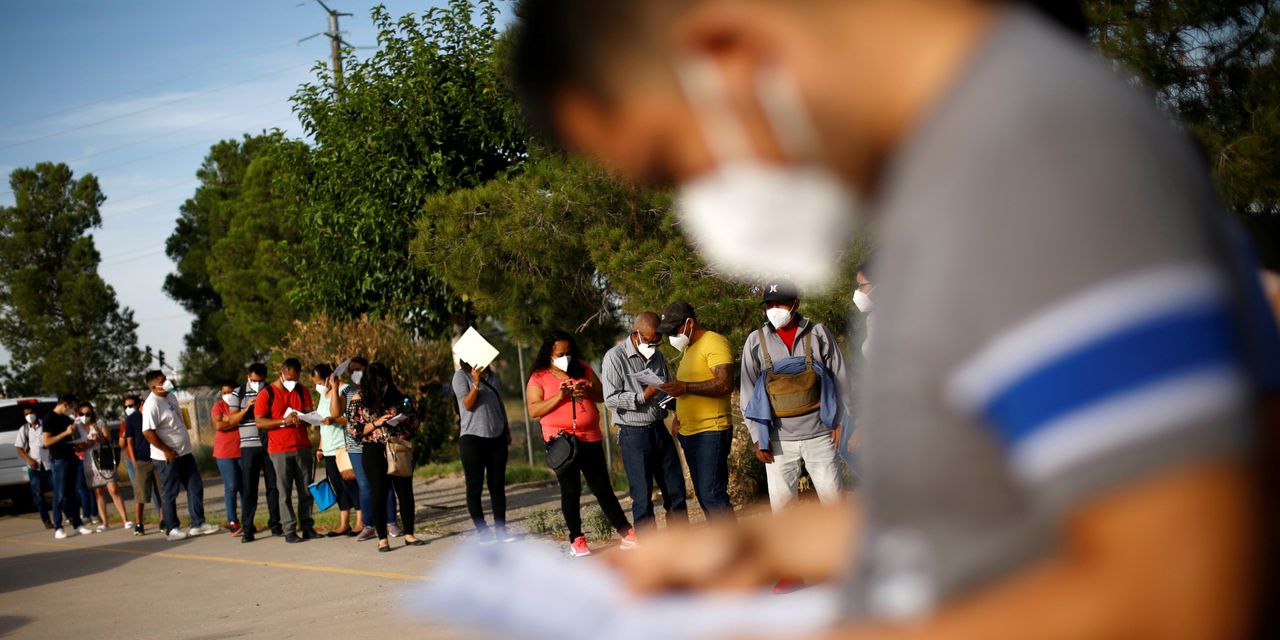 If Biden Is Serious About Covid, He’ll Protect the Border Gilbert Levin, scientist who sought to detect possibility of life on Mars, dies at 97 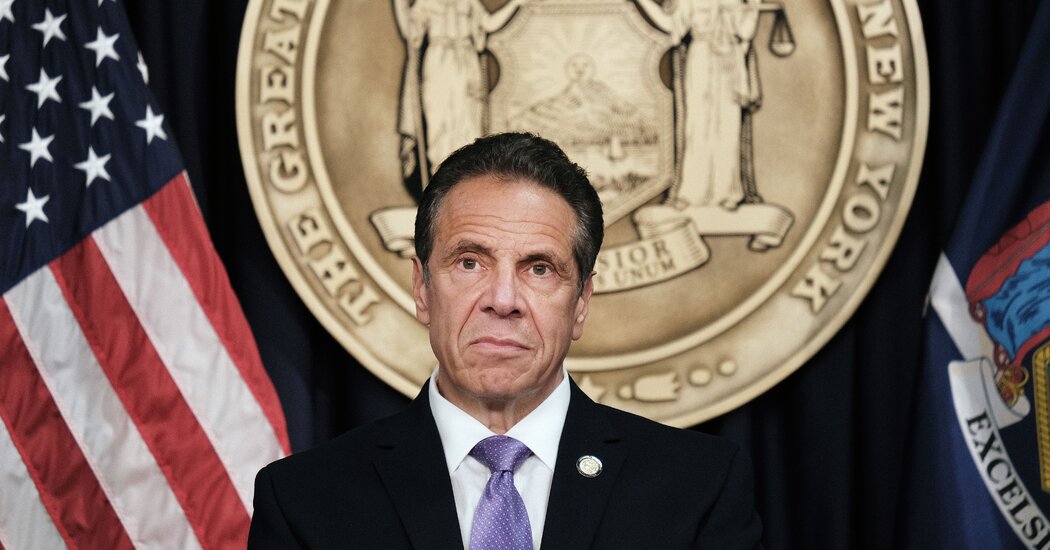