For years, Huntington Beach has tried to push back against its reputation as a magnet for extremist hate.

Those efforts weren’t helped last year when the city’s downtown and pier became a rallying spot for anti-mask activists and far-right supporters of then-President Trump.

Now, the city is bracing for a White Lives Matter rally Sunday. The event — which arrives after a smattering of Ku Klux Klan fliers were distributed in Huntington Beach and surrounding areas — is sparking new demands that the city take more profound steps to shake its association with right-wing extremism once and for all.

“These groups will continue to come back unless the larger community stands against them,” said Mary Adams Urashima, a Huntington Beach resident and historian. “That has always been the case, historically, wherever the Klan or white supremacy shows up.”

The rally, organized by the Loyal White Knights, is slated to take place at the Huntington Beach Pier. For days, community members have been planning counterprotests and pleading with public officials to intervene.

“Here we are again looking [the KKK] in the face,” one resident said during a Huntington Beach City Council meeting Monday. “When are you going to do something?”

Some plan to attend a counterprotest organized by the grassroots group Black Lives Matter Huntington Beach that has been scheduled for the same day. But others say those countermeasures don’t do much if the KKK feels it can march the streets of the city unchecked.

“The Klan is coming here because they think that you will do nothing,” another resident, Lisa Marquise, told City Council members. “They’ve seen racist bullies come to downtown this past year in one guise or another and face zero consequences.”

Lt. Brian Smith, a spokesman for the department, said Wednesday that the KKK event, while not sanctioned, is protected by the 1st Amendment, but added that police will take action if people encroach on civil liberties or incite violence.

“That’s all protected speech,” Smith said, drawing a comparison to antiabortion groups that march with images of aborted fetuses. “Even though that is disturbing and shocks most people’s consciences, it’s still a protected right they have to display those images.”

Huntington Beach, a solidly Republican city of nearly 200,000, has been grappling with these issues for decades. In the 1980s and 1990s, racist skinheads roamed the city attacking minorities.

In one notorious case, a Black man, Vernon Windell Flournoy, was killed outside a McDonald’s restaurant in Huntington Beach. The skinhead charged in the killing was also accused of trying to kill two Latino men. There was a law enforcement crackdown on skinheads, and the city created a Human Relations Task Force to deal with issues arising from racism.

Experts say this weekend’s battle is only one flashpoint in a broader push for social change. For each peaceful protest the city hosts, an equally outraged gathering seems to appear in its stead.

The problem is pervasive, said Peter Levi, regional director of the Anti-Defamation League in Orange County and Long Beach.

“The way the country has experienced a health virus, it’s been years that we’ve been experiencing a viral hate,” Levi said. “From that perspective, none of us should be surprised that we’re seeing this right now.”

In 2020, white supremacist propaganda in the United States hit an all-time high, according to the ADL. Nearly 50 instances — including fliers, stickers and freeway banners — were reported in Orange County, Levi said, “and those were just the ones we caught.”

“The volume is staggering,” he said, adding: “We are in the midst of a storm of hate.”

The latest KKK fliers, which also were dropped in nearby Newport Beach and in Long Beach, use language opposing “cultural genocide” to promote Sunday’s rally.

The Huntington Beach Police Department said it will deploy personnel and monitor the gathering, but it could not confirm how many people are expected to attend.

Police Chief Julian Harvey said during Monday’s City Council meeting that the department is attempting to “work with the organizers to avoid surprises,” and to remind them of municipal codes and laws.

He did not mention asking the group to abstain.

The department has struggled with protests in the past. One rally against COVID-19 shutdowns in May drew 2,500 people with no injuries or arrests, but a 500-person Black Lives Matter protest that same month was declared an “unlawful assembly,” with police firing pepper balls at demonstrators.

In light of that distinction, some residents are concerned the response to Sunday’s events would be less than equitable. Smith reaffirmed the Police Department’s commitment to diversity, equity and inclusion, but he also spoke in favor of understanding.

“We just hope everybody can be respectful of each other, treat everybody with dignity and understand that everybody has different perspectives and different opinions,” he said. “We hope that they can utilize events like this as a means to find the common ground and work together for a common goal.”

Huntington Beach Mayor Kim Carr, reached by phone, said the criticism that the city isn’t doing enough is inaccurate and said Huntington Beach is one of only a few cities in Orange County with a Human Relations Task Force that meets regularly to address these issues. Last week, the city organized a virtual training session to encourage people to take action against hate crimes.

On Sunday, the city is hosting a virtual “Day of Unity” at the same time as the White Lives Matter rally.

“We can’t stop people from coming to the pier, and we’re not going to be able to stop people from hiding behind the 1st Amendment to spew hateful rhetoric that’s really divisive in our community,” Carr said, “but what we can do is counter it with these types of events.”

The city is also exploring other avenues for the pier, which has become a magnet for protests and rallies. Carr said her hope is to reestablish the space for art fairs, car shows, live music and other community events to “bring back that aloha spirit that we used to have.”

But the question of hate in Orange County goes beyond what will happen at the pier Sunday. Locals said extremists and fringe groups have taken shelter in the community for years and noted that the recent election of Tito Ortiz — who has made headlines for touting conspiracy theories and anti-mask rhetoric — as mayor pro tem of Huntington Beach has only emboldened them to come forward.

Cathey Ryder, a spokeswoman for the grassroots human rights group HB Huddle, said both of her children moved away in part because of these issues.

“They said, ‘Mom, we wouldn’t want to raise our kids right now in Huntington,’” she said. “Even though they grew up here and this was their home.”

In an attempt to address the swirl of extremism, the Huntington Beach City Council on Monday passed three resolutions reaffirming the city’s commitment to inclusivity and denouncing hate speech — including one item denouncing white supremacy.

Councilman Dan Kalmick, who authored the item, said the move was prompted by the KKK fliers. He acknowledged that formal denunciations, while important, are far from the final solution.

“What the government says and does has a huge impact on folks,” he said. “The first step is to say we don’t want it here.”

The resolution passed 6 to 0, with Councilman Erik Peterson abstaining.

Some locals, including Pat Goodman of the Greater Huntington Beach Interfaith Council, said the resolutions were a gratifying step from city officials.

“It seems like we keep having the same conversation; I feel like I’m in an echo chamber,” he said. “Every time they get so close, they just miss it.”

Levi, of the Anti-Defamation League, said the City Council’s declaration was meaningful, but also a bit like “raising an umbrella in a storm.”

“We need that, and it provides comfort,” he said, “but if you bring an umbrella to fight climate change, you have the wrong tool.”

There are myriad policies that could be implemented to bring about long-term solutions, Levi said, including legislation that would require regular threat assessments, increased training for law enforcement, redistribution of resources, data collection and analysis, and addressing the “complicity of social media platforms.”

Short of immediate solutions, residents such as Tory Johnson, founder of Black Lives Matter Huntington Beach, said they’ll be at the pier early Sunday to try to claim the space.

“I made a callout to everybody and anybody around the city that cares at all — and there are a lot of people that care,” Johnson said. “We need to show that Huntington Beach will no longer tolerate racism in any way, shape or form. This will not be a reflection of our city.”

Kalmick, who drafted the city resolution denouncing white supremacy, said he heard from several residents and local businesses this week who were opposed to the White Lives Matter rally and who asked for positivity and a “return to normalcy” at the pier.

But healing the community will take more than a day, he said, noting that government, faith groups, nonprofits and even parents and educators will need to work together to tackle the issues of racism and extremism.

“If we had an easy solution to it,” he said, “it would be solved already.”

Ford Will Build 4 Factories in a Big Electric Vehicle Push 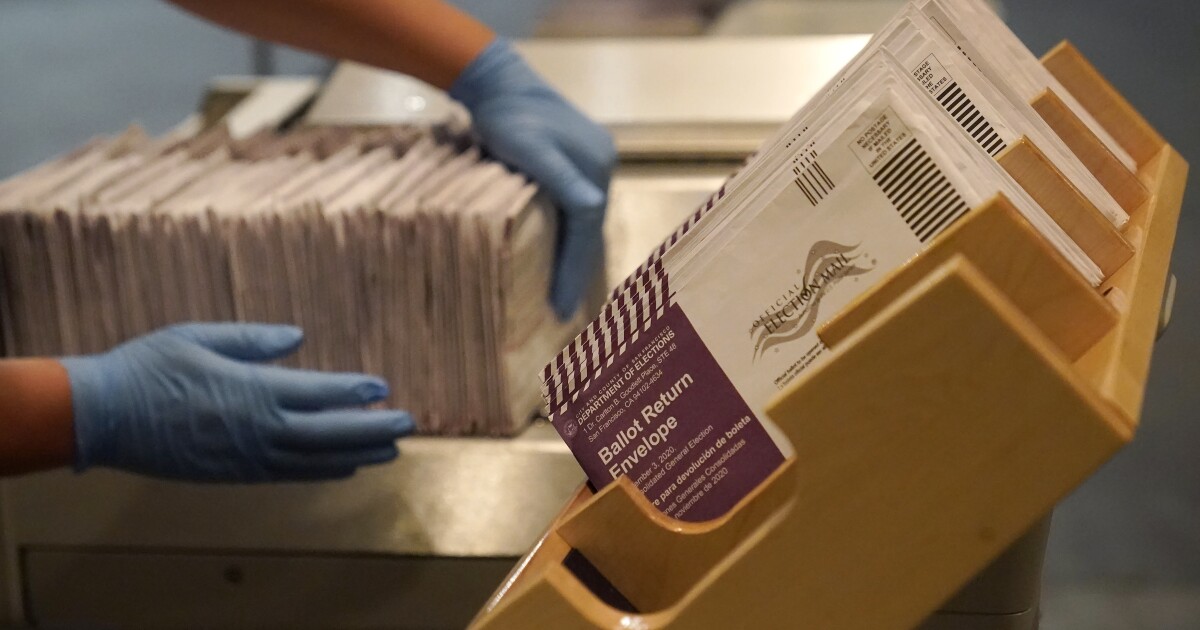 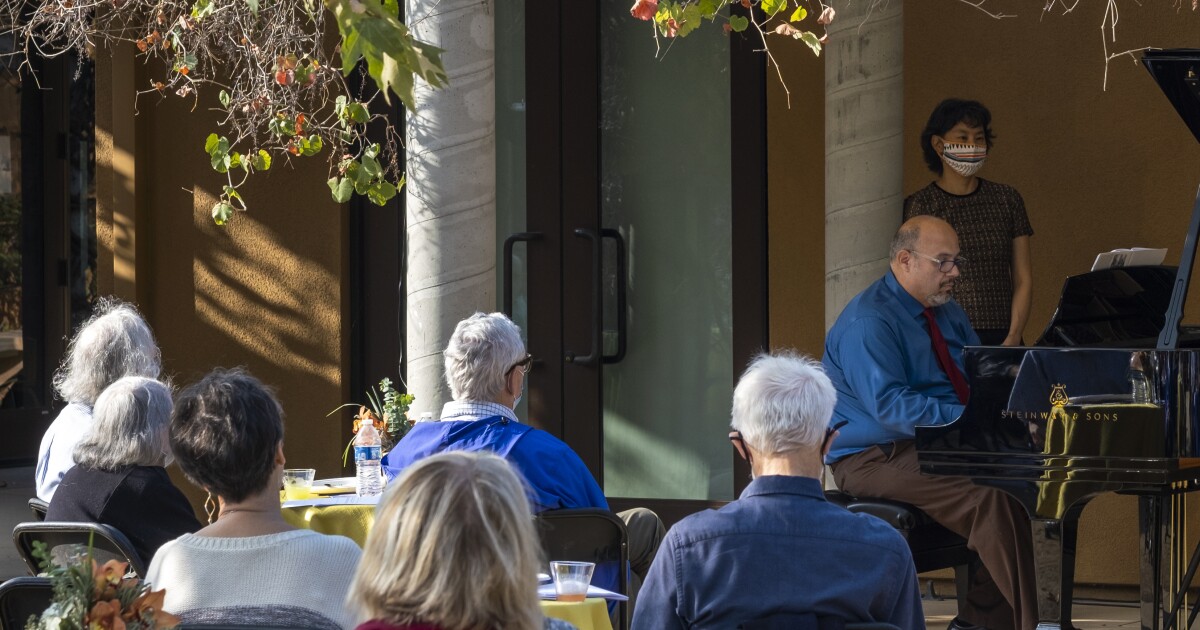