A hooded individual with a megaphone declared on the sidelines of the rally: “It’s AFP, fuck these sons of bitches,” says the attacked journalist. At this call, at least fifty people went to the videographer to do battle with her.

A team from Agence France-Presse was threatened with death and assaulted and one of the security guards protecting them injured in the head on Saturday in Paris, during an anti-vaccination pass rally organized by Florian Philippot’s Les Patriotes movement , reported its journalists. The team, made up of two image reporter journalists (JRI), was accompanied by two security agents to cover the rally from Place du Trocadéro, in the west of Paris.

Read alsoTunisia: Liberation correspondent assaulted by police during a demonstration

After the first shots were taken without incident, the situation became tense after the departure of the procession at the Palais de Tokyo, when around 150 individuals, identified as far-right by journalists, arrived near the team. A hooded individual with a megaphone said: “It’s the AFP, fuck these sons of bitches“, recounts the attacked journalist. At this call, at least fifty people went to the videographer to do battle with her. The protection agents intervened, allowing the two JRIs to flee.

The security guards were then beaten, in particular with truncheons, while they were protecting the videographer, overtaken by about twenty demonstrators. Guards and reporters report receiving death threats before one of the security guards was hit in the head with a bottle, splitting his scalp open. The latter and the two journalists finally managed to take shelter behind a mobile gendarmerie cordon and stopped covering the gathering.

«In six years of protests, this is the first time I have seen such violence“, testified the journalist, shocked, in particular by the death threats. “The hooded man behind the movement grabbed me saying “I’m going to kill you, look at me carefully, I’m going to kill you”“, she says. “If she had fallen, she would have been beaten“, adds his videographer colleague.

«AFP vigorously protests against this intolerable aggression and the desire of some to prevent its journalists from doing their job“, said Phil Chetwynd, director of information of the AFP, which studies “the ability to prosecute such unconscionable acts».

This is the second attack on an AFP team covering protests against the health pass. In July 2021, two JRIs received spitting and insults during a demonstration organized by Florian Philippot.

Macron called on the EU to dialogue with Russia | News | News 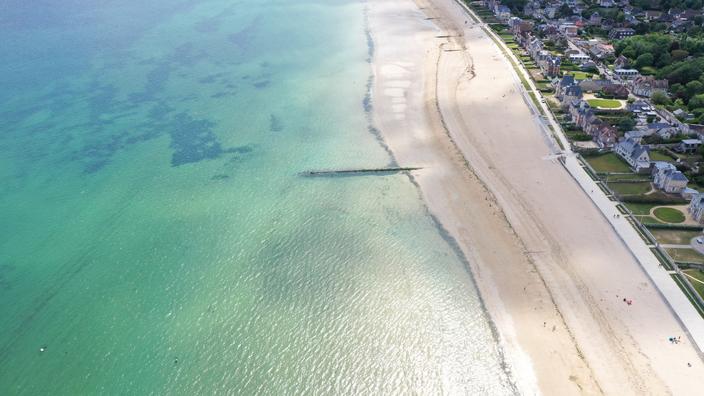 Ranking of the French cities most threatened by rising sea levels