Anderson Cooper has opened up about how the birth of his son Wyatt inspired him to pen a book about his family’s history after years of not knowing much about the Vanderbilt dynasty.

The CNN anchor, whose mother was socialite-turned-designer Gloria Vanderbilt, teamed up with historian and novelist Katherine Howe to co-write The Rise and Fall of an American Dynasty, which is slated for release on September 21.

‘In some ways I wanted this to be a letter to my son,’ Cooper, 54, told People magazine of his motivation to publish the historical book.

Candid: Anderson Cooper, 54, opened up about how the birth of his son Wyatt inspired him to write about his family in his new book Vanderbilt: The Rise and Fall of an American Dynasty

Cover story: The CNN anchor covers the latest issue of People magazine, in which he talks about his family’s ‘painful’ past

The journalist welcomed his one-year-old son Wyatt Morgan Cooper via surrogate on April 27, 2020, and named after him after his father, Wyatt Cooper, who died during heart surgery when he was 10.

‘My dad wrote a book before he died about his family growing up in Mississippi. And because he died when I was so young, a lot that I know of him came from that book,’ he explained in the cover interview. ‘I wanted to write a letter to Wyatt about this crazy and unusual part of his family’s past.’

The Vanderbilts were once one of the most powerful dynasties in the US after having risen to prominence and wealth during the Gilded Age.

Cooper’s great-great-great-grandfather Cornelius Vanderbilt amassed a fortune through his shipping and railroad empires.

Cornelius was the richest man in American when he died in 1877. He left behind an estimated $100 million that was equivalent to $2.5 billion in today’s currency, but it was later squandered by his heirs.

‘As a kid, my mom didn’t really talk about her childhood. It was very painful for her. So I grew up not really knowing much about the Vanderbilts, and the little I did know was that they were very wealthy and they had built enormous palaces, and some of those were museums, but a lot of them had disappeared,’ Cooper said.

Looking back: Cooper admitted he didn’t know much about the Vanderbilts growing up because his mother Gloria (pictured in 2010) didn’t really talk about her childhood

Family: Gloria was the daughter of Reginald and Gloria Morgan Vanderbilt (pictured). Her great-great-grandfather Cornelius Vanderbilt was once the richest man in America

Looking back: Gloria (pictured in 1938) became known as ‘the poor little rich girl’ thanks to a highly publicized custody trial between her mother and her father’s sister Gertrude Whitney

‘It was always this question in my mind: How, in a hundred years, does a family go from having more money than anybody else in the world to having all their houses torn down because nobody can afford them?’

Gloria, who spent her entire life in the public eye, passed away at age 95 on June 17, 2019, after a short battle with stomach cancer.

Cooper was going through boxes in her apartment after her death when he found a number of family letters from relatives he had never met.

‘There were very personal letters from her grandmother and her aunt and her mother, and all these people who I didn’t really know, who I’d never met, but whose voices suddenly kind of came alive in these letters,’ he said.

‘It was really fascinating to start to think of them as human beings and not just historical characters or people I’d read about, people you can read about in history books.’

Parents: Cooper was raised by his mother Gloria and father, writer Wyatt Cooper (pictured in 1970)

Looking back: Cooper’s son was named Wyatt Cooper after his father, who died when he was 10 years old. He is pictured with his parents and brother Carter in 1972

Cooper’s great-great-great-grandfather Cornelius was a self-made man who was born into a family of modest means in Staten Island, New York, in 1794,

The fourth of nine children, he was 11 when he started working on his father’s small boat ferrying cargo between Staten Island and Manhattan.

Cornelius was 19 when he married his first cousin Sophia Johnson. They had 13 children together. He started his shipping fleet with one single boat and earned himself the nickname ‘Commadore,’ a US Navy title for a naval officer of a high rank.

The Vanderbilts lived on Staten Island until the 1840s, when Cornelius built a house in New York City at 10 Washington Place, which is now known as the Manhattan neighborhood Greenwich Village.

By the 1860s, he had started to focus on the railroad industry and built his second empire while helping to make railroad transportation more efficient.

A year after his wife Sophia’s death in 1868, he married his cousin Frank Armstrong Crawford, who had an unusual first name for a woman.

When he died in 1877, he left the majority of his fortune to his eldest son, William Henry Vanderbilt, who inherited the title of America’s richest man and doubled the family’s wealth.

William built the first of many of the family’s mansions on the East Coast on Fifth Avenue. The property, which resided between 51st and 52 Streets, was completed in 1882.

Cornelius II commissioned architect George B. Post to build him a massive mansion on Fifth Avenue between 57th and 58th Streets. It was the largest private residence every built in Manhattan.

In the early 1890s, he also had his summer mansion ‘The Breakers’ built in Newport, Rhode Island. Cornelius II’s brother William Kissam also build a home on Fifth Avenue and a mansion in Newport.

Their youngest brother, George Washington Vanderbilt II, had the least to do with the family business and opted to have his 250-room mansion, Biltmore Estate, built on 125,000 acres near Asheville, North Carolina.

The fourth generation of Vanderbilts weren’t as business minded as their predecessors. Excessive spending, poor business decisions, and a decline in the railroad industry caused the family’s fortune to dwindle.

A number of the family’s mansions were demolished over the years, including the ‘Cornelius Vanderbilt II House’ on Fifth Avenue, which was sold in 1926 to make way for Bergdorf Goodman. Many of the mansions that have remained are now National Historic Landmarks.

Cooper’s mother Gloria was the granddaughter of Cornelius II and his wife Alice Claypoole Vanderbilt.

Born in 1924, she was the only child of Reginald Claypoole Vanderbilt and his second wife Gloria Morgan Vanderbilt.

Her father was an alcoholic who died of cirrhosis of the liver when she was one, leaving her in the care of her mother Gloria Morgan.

Reginald left behind him a mountain of debt that pillaged his wealth, but he did set up a $5 million trust fund for Gloria to share with her older half-sister Cathleen Vanderbilt, his only child with his first wife Cathleen Neilson.

Gloria Morgan, who was 20 at the time of her husband’s death and therefore considered a minor, was not given access to her daughter’s portion of the trust fund.

Instead, she was issued $4,000 monthly installments to care for her daughter, but she used it frivolously.

As a child, Gloria lived in France and was unaware of the Vanderbilts or the trust fund she was set to inherit at age 21. She was predominantly cared for by her beloved nanny Emma Sullivan Kieslich nanny, whom she called ‘Dodo.’

By 1934, when Gloria was 10, her aunt, Gertrude Vanderbilt Whitney, sued her mother for custody of her, claiming she was an unfit mother. The trial exposed the dysfunction of one of America’s wealthiest and most high-profile families at the time.

Whitney accused Gloria Morgan of being a lesbian. In turn, she claimed Whitney’s art, which was full of nudism, would influence her daughter.

The tabloids feasted on the court battle, dubbing it the ‘trial of the century’ and giving the young Gloria the nickname ‘poor little rich girl.’

In the end, Gertrude was given custody of the child and the judge fired Dodo. Years later, Gloria recalled her heartache at the decision.

‘She was my mother, my father, my everything. She was my lifeline she was all I had,’ she told her son in an interview.

As she grew up, she socialized in Manhattan and charmed film and play directors until she made connections in Hollywood where she would find three of her four husbands.

When she first arrived in Hollywood at the age of 17, her first boyfriend was one of the biggest stars of all time, Errol Flynn.

In 1941, a 17-year-old Gloria married Hollywood agent Pat DiCicco, a decision she instantly knew was a mistake, according to Cooper. The pair were together for four years before they divorced.

She married her second husband, the conductor Leopold Stokowski, in 1945, when she was 21. He was 63 and she described it as love at first sight, despite the age gap.

They had two children together, Stanley and Christopher, and were married for 10 years before divorcing. She was later linked to a host of famous men, including Frank Sinatra and Marlon Brando.

In 1956, she married her third husband, the famous director and producer Sidney Lumet. They were together until 1963.

Her fourth marriage, to Cooper’s father Wyatt, began four months after her divorce from Lumet. Together, they had Cooper and his brother Carter, who was two years older.

While raising her children, Gloria acted on Broadway and in films, wrote poetry and novels, and produced wildly popular art.

In the 1970s, she made a name for herself in the fashion industry with her line of denim — Gloria Vanderbilt Jeans — which were emblazoned with a swan and her name.

But her life was not without tragedy.

Ten years after the death of Cooper’s father Wyatt in 1978, her son Carter leaped to his death in front of her from her apartment terrace.

Gloria remained close with Cooper and Stanley throughout their lives, but she and Christopher became estranged in 1978 when he accused her therapist of meddling in his love life.

When she died in 2019, the mother of four left the majority of her estate to Cooper. Her youngest son reportedly inherited all of his mother’s belongings except for her co-op apartment at 30 Beekman Place in Manhattan, which went to Stanley.

Gloria did not leave anything in her will for her estranged son Christopher. 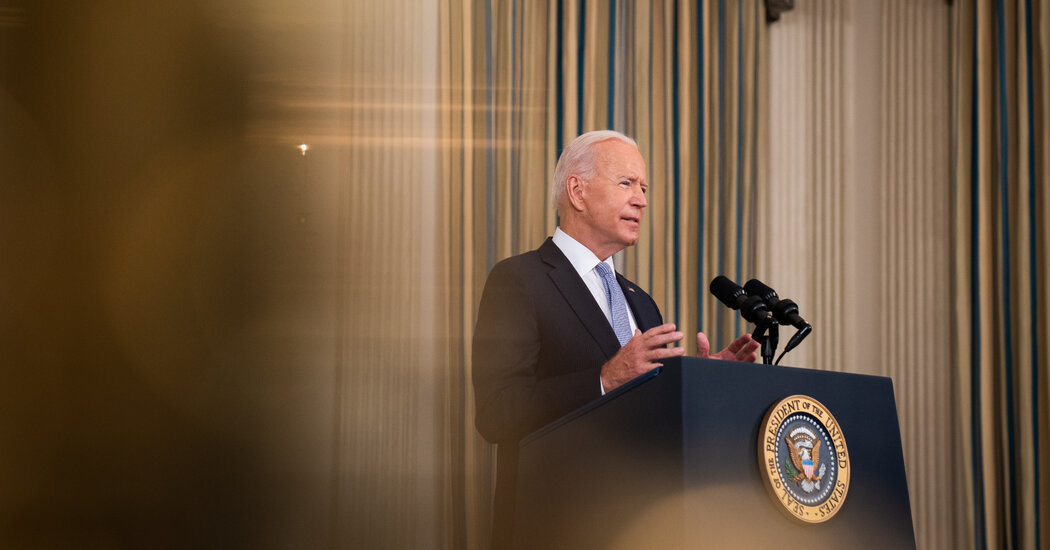 Biden is expected to receive a Pfizer-BioNTech booster.

Murders Spiked in 2020 in Cities Across the United States 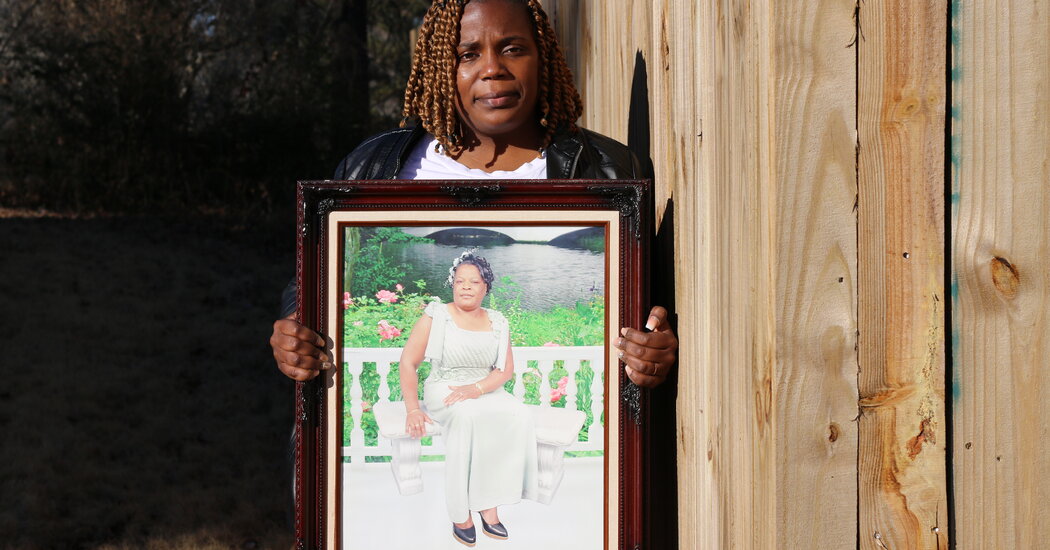 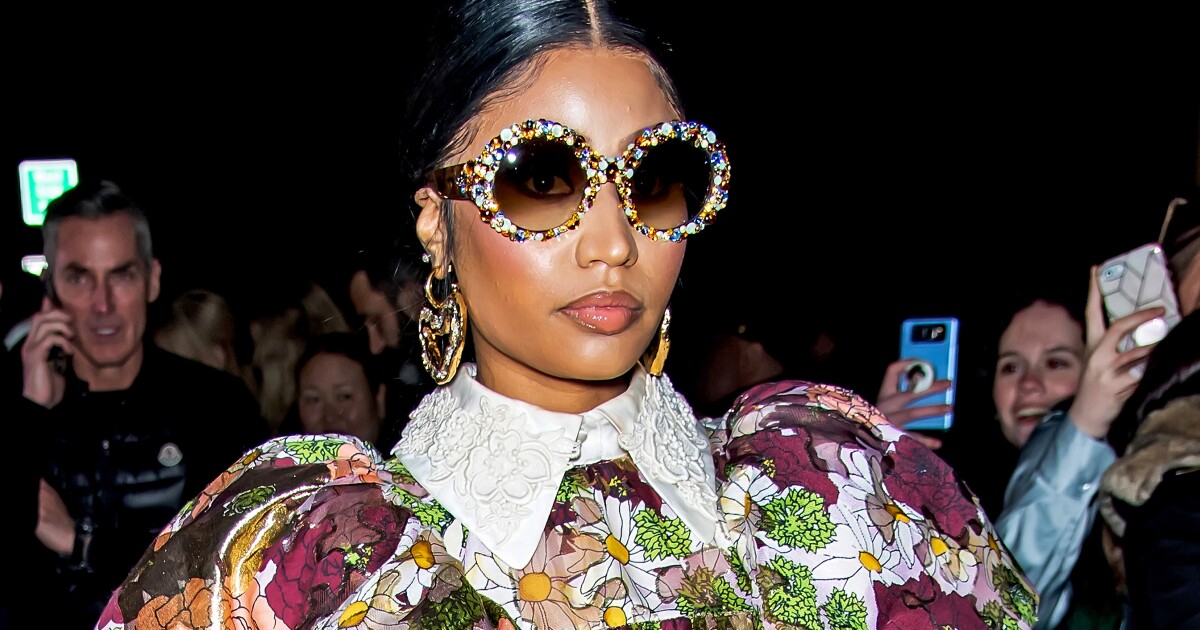 For Black community, Nicki Minaj’s vaccine drama is no joke