ANCHORAGE, Alaska: Plans for seismic surveys to help find oil in the Arctic National Wildlife Refuge have fizzled due to a lack of protection for polar bears, according to a brief statement Saturday from the Department of the Interior.
The Kaktovik Inupiat Corp. (KIC), the Native-owned company that applied for permission to conduct the survey, failed to do the required work to identify polar bear dens in the region that would be surveyed, Interior spokeswoman Melissa Schwartz said in an emailed statement.
The likely demise of the seismic plan is the latest in a series of setbacks that have deflated the decades-long ambition to convert the refuge into an oil-producing frontier.
Alaska’s oil production has been waning since the late 1980s, when the state produced more than 2 million barrels of crude per day. Now its output is roughly 500 bpd.
Ex-President Donald Trump passed tax legislation in 2017 that would have allowed for drilling in the ANWR, and the federal government held a lease sale in the last days of his presidency.
Identification of den sites was needed for the US Fish and Wildlife to grant KIC an incidental harassment authorization, a permit that would allow seismic operations near polar bears, Schwartz said.
“The company was advised today that their request is no longer actionable,” she said in her statement.
KIC had planned, through contractor SAExploration, to conduct seismic surveys on 352,416 acres within the refuge’s coastal plain. The company missed a Feb. 13 deadline to perform its aerial den-detection work, Schwartz said.
The Jan. 6 ANWR lease sale drew qualifying bids for only 11 tracts, most from an Alaska state agency that was participating as a backstop in case oil companies did not submit bids.
President Joseph Biden and Interior Secretary-designee Deb Haaland oppose oil development in the refuge. 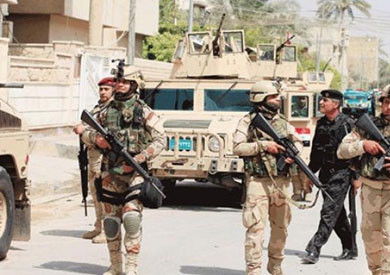 Iraqi security: 8 people were injured in an explosion targeting Shiite pilgrims in Baghdad UN report reveals horrors of daily life for many in Iran