short link
Facebook Twitter LinkedIn WhatsApp Telegram Share via Email
Saudi Arabia and Iran reportedly are on the path to reconciliation after years of tense relations.

Iraq has been hosting a series of meetings between officials on both sides aimed at easing tensions after a five-year rift, and expectations are high that a public announcement of a normalization agreement could come soon.

A fourth round of negotiations between the two Middle East arch-rivals took place in late September.

Professor Mohammad Marandi, head of the American Studies Department at Tehran University, told The Media Line that he doesn’t believe that Iran sees Saudi Arabia as a rival, but rather as part of the western bloc.

A man chants slogans as he and supporters of the Houthi movement attend a rally to celebrate following claims of military advances by the group near the borders with Saudi Arabia, in Sanaa, Yemen October 4, 2019. (credit: MOHAMED AL-SAYAGHI/REUTERS)

Riyadh has led a military alliance backing Yemen’s internationally recognized government against the Houthi rebels after the Houthis captured the capital Sanaa in 2015.

Saudi Arabia accuses Iran of supporting the Houthis with weapons and drones, but Tehran denies the accusations, saying it only provides the insurgents with political support.

“From the Iranian perspective, the Saudis have to end the war in Yemen – the genocide in Yemen – and to come to terms with reality on the ground there,” Marandi said.

Sunni-majority Saudi Arabia severed ties with Shiite-majority Iran in 2016 following an attack on Saudi diplomatic missions in the Islamic Republic by angry protesters, following the kingdom’s execution of a revered Shiite cleric.

Saudi Crown Prince Mohammed bin Salman, the de facto ruler of the kingdom, has been one of Iran’s staunchest critics. But Prince Mohammed’s verbal attacks against his country&’s regional rival have mellowed lately, after the crown prince said earlier this year that his government seeks “good relations” with Iran and is “working with our
partners in the region to overcome our differences with Iran.”

Saudi Foreign Minister Prince Faisal bin Farhan has confirmed that a fourth round of talks took place in September and expressed hope that they would “lay the foundation” to address issues between the two countries.

His Iranian counterpart, Hossein Amir-Abdollahian, has said the discussions are “on the right track.”

“We have achieved results and agreements, but we still need more dialogue,” he said earlier this month.

Talks between the two sides were initiated under Iran’s former President Hassan Rouhani, who was replaced in August following the election of Ebrahim Raisi.

Hussein Ibish, senior resident scholar at the Arab Gulf States Institute in Washington, told The Media Line that the optimism surrounding the discussions is overly exaggerated.

Ibish explains that Riyadh will continue to view Tehran in a suspicious way as long as it continues to, as it says, “meddle” in internal Arab affairs.

“The biggest difference has to do with Iran’s network of regional militia groups in neighboring Arab countries. Iran sees them as legitimate and necessary, while Saudi Arabia sees them as a destructive cancer hollowing out various Arab states, most notably Lebanon, Yemen and Iraq, and doing tremendous damage to the Arab state system,” he said.

Both sides are motivated by two developments that have reshaped the strategic landscape in the Middle East and the calculations of major regional players over the past couple of years, Ibish says.

“They are overextended and need to pull back a bit from regional conflicts that have all, in one way or another, passed the point of diminishing returns for outside actors,” he said, adding that the second big factor has to do with trust issues with Washington, “particularly for pro-American states like the Gulf countries, there is a growing sense
that Washington has become fundamentally unreliable.”

The two adversaries have several issues over which they quarrel: mainly, the war in Yemen, and Iran’s support of Hezbollah, the Houthis and the Shiite militia Kataib Hezbollah in Iraq.

“There is still a long road ahead for true rapprochement between Iran and Saudi Arabia. While Iranian officials and media have offered optimistic assessments of the state of the talks, Saudi officials have been more cautious and circumspect,” he said.

Brodsky says the optimism is because attacks originating from Iraq by militias loyal to Iran have subsided, but cross-border attacks launched on Saudi Arabia from Yemen by the Houthis have continued.

Several factors have shaped the evolution of Riyadh’s calculations regarding dialogue with Tehran.

Saudi Arabia, like the United Arab Emirates, Israel and others, had harshly criticized the 2015 Joint Comprehensive Plan of Action, the nuclear agreement between Iran and global powers, and Riyadh applauded US President Donald Trump’s decision to pull out of the accord, while welcoming the former president’s “maximum pressure” campaign. Saudi Arabia also opposes Iran’s ballistic missile program as it sees in it a threat to its existence.

“For the sake of regional stability, Iran is more than willing to reestablish ties with the Saudis,” Marandi said, adding that this comes with a caveat: “The Saudis have to accept the fact they have lost the war in Yemen.”

Brodsky says the two neighbors have the same goal, but they differ on how to get there.

Iranian-backed Houthi militia have been intensifying their drone attacks deep into Saudi territory causing a major headache for Riyadh, including worries that a continuation of the war will exhaust the country’s treasury and tarnish its image internationally.

“The Saudis have to accept the reality on the ground in that country and that is the government, the real government in Yemen, has won the war against Saudi Arabia,” Marandi said. “They have to accept that fact to end the war and that they are not in a position to gain concessions,” he added. 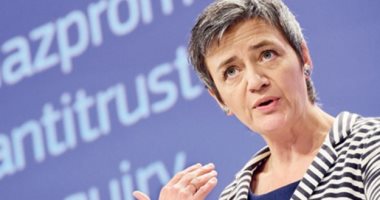 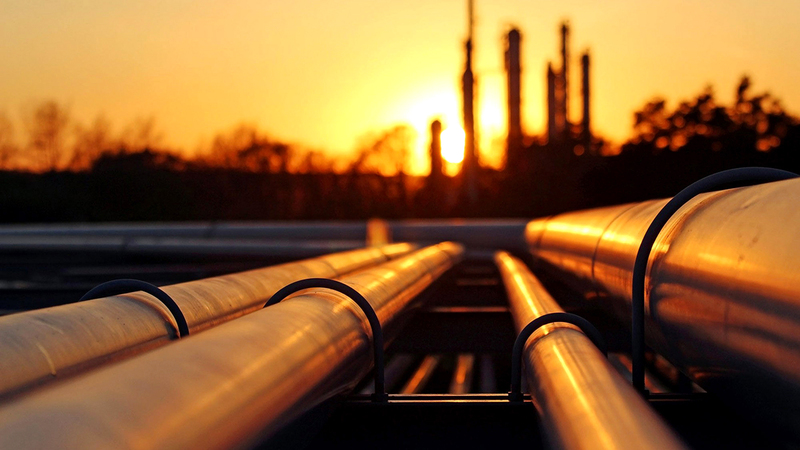 Oil is heading for a weekly gain of more than 3%