General / Eastern Region Police: Arrests citizens who have committed information crimes including an assault on money

Dammam 12 Rajab 1442 AH corresponding to February 24, 2021 AD SPA
The media spokesman for the Eastern Region Police, Lt. Col. Muhammad al-Shehri, stated that the results of the security follow-up of crimes of assault on funds and information crimes resulted – by the grace of God – in the arrest of citizens in the fourth decade of life, who committed a number of crimes with the same pattern and criminal behavior, represented in their use of one of Social communication in fraud and fraud by announcing jobs in exchange for money, as the preliminary inference procedures indicated the existence of transfers on the account of one of them as a result of their implementation of those crimes, and all preliminary legal measures were taken against them, and they were referred to the Public Prosecution branch.
// is over //
1:26 PM CE
0010 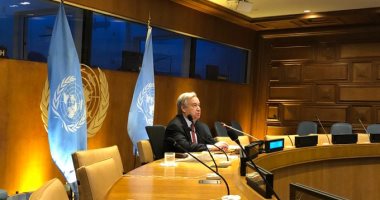 The enigmatic genetic footprint of Palestine