A few years ago, high school teacher Joshua Moreno got fed up with his grading system, which had become a points game.

Some students accumulated so many points early on that by the end of the term they knew they didn’t need to do more work and could still get an A. Others — often those who had to work or care for family members after school — would fail to turn in their homework and fall so far behind that they would just stop trying.

“It was literally inequitable,” he said. “As a teacher you get frustrated because what you signed up for was for students to learn. And it just ended up being a conversation about points all the time.”

These days, the Alhambra High School English teacher has done away with points entirely. He no longer gives students homework and gives them multiple opportunities to improve essays and classwork. The goal is to base grades on what students are learning, and remove behavior, deadlines and how much work they do from the equation.

The changes Moreno embraced are part of a growing trend in which educators are moving away from traditional point-driven grading systems, aiming to close large academic gaps among racial, ethnic and economic groups. The trend was accelerated by the pandemic and school closures that caused troubling increases in Ds and Fs across the country and by calls to examine the role of institutionalized racism in schools in the aftermath of the murder of George Floyd by a police officer.

Los Angeles and San Diego Unified — the state’s two largest school districts, with some 660,000 students combined — have recently directed teachers to base academic grades on whether students have learned what was expected of them during a course — and not penalize them for behavior, work habits and missed deadlines. The policies encourage teachers to give students opportunities to revise essays or retake tests to show that they have met learning goals, rather than enforcing hard deadlines.

“It’s teaching students that failure is a part of learning. We fall. We get back up. We learn from the feedback that we get,” said Alison Yoshimoto-Towery, L.A. Unified’s chief academic officer.

Traditional grading has often been used to “justify and to provide unequal educational opportunities based on a student’s race or class,” said a letter sent by Yoshimoto-Towery and Pedro A. Garcia, senior executive director of the division of instruction, to principals last month.

“By continuing to use century-old grading practices, we inadvertently perpetuate achievement and opportunity gaps, rewarding our most privileged students and punishing those who are not,” their letter said, quoting educational grading consultant Joe Feldman.

The perils of parenting through a pandemic

What’s going on with school? What do kids need? Get 8 to 3, a newsletter dedicated to the questions that keep California families up at night.

You may occasionally receive promotional content from the Los Angeles Times.

The urgent need for change became painfully apparent during pandemic-forced school closures as educators grappled with how to fairly grade students living through an unprecedented disruption to their education. Some of the challenges that students faced were unique to the pandemic. Others had long been present and were more visible.

Suddenly, teachers had an inside view of the crowded home conditions of some low-income students. They saw how some teenagers were caring for younger siblings while trying to do their own work and witnessed the impact of the digital divide as students with spotty internet access struggled to log on to class.

“The COVID pandemic just highlighted across the nation a trend of looking at the inequities in learning circumstances for students,” said Carol Alexander, director of A-G intervention and support for L.A. Unified. “But those different circumstances of learning have always been present.”

Feldman, a former teacher and administrator who wrote the book “Grading for Equity,” had been working for several years with school districts across the country as they reconsidered grading policies. In October and November of the 2020-21 academic school year, he suddenly found himself fielding a “tidal wave” of calls from districts, as teachers issued progress reports and realized that Ds and Fs were skyrocketing.

“Our traditional grading practices have always harmed our traditionally underserved students,” Feldman said. “But now because the number of students being harmed was so much greater, it got people more aware of it and ready to tackle this issue.”

Several school districts across California, reflecting a diversity of demographics, are taking steps toward revising grading with an eye toward equity. Some have formally adopted new policies while others are offering training and support for teachers who want to grade differently.

Last year, West Contra Costa Unified, which is majority Latino, issued a memo encouraging secondary teachers to give students a five-day grace period to turn in work and eliminate zeroes in grade books.

Placer Union High School District, where a majority of students are white, has directed teachers to base grades on “valid evidence of a student’s content knowledge and not…on evidence that is likely to be influenced by a teacher’s implicit bias nor reflect a student’s circumstances.”

In Los Angeles, the district had begun to train teachers on practices including basing grades on whether students are meeting academic standards. But when faced with a flood of Ds and Fs during school closures, officials quickly moved to change policy , giving students additional time to make up work.

A recent L.A. Times analysis of L.A. Unified’s assessment and grade data showed how grades fell significantly during school closures for students in Los Angeles. The gap in grades that existed before the pandemic between Black and Latino students and white and Asian counterparts widened to as much as 21 percentage points.

Despite the broad decline in grades, educators said the pandemic also showed how giving students extra opportunities led many to improve their marks. In the fall of the 2020-21 school year, after the district directed teachers to give students several extra weeks to make up their work, almost 15,000 grades were improved.

In the recent guidance, teachers were directed to base final academic grades on the “level of learning demonstrated in the quality of work, not the quantity of work completed” and mastery of standards.

“Just because I did not answer a test question correctly today doesn’t mean I don’t have the capacity to learn it tomorrow and retake a test,” Yoshimoto-Towery said. “Equitable grading practices align with the understanding that as people we learn at different rates and in different ways and we need multiple opportunities to do so.”

The district’s guidance says academic grades should not be based on attendance, including unexcused absences, late work, engagement or behavior, which can be reflected in separate “citizenship” or “work habits” marks that do not count toward a student’s GPA.

Students earning Ds and Fs should also have the opportunity to take an incomplete grade in order to have extra time to improve their grade or retake the course for a better grade or credit recovery.

Gary Garcia, principal at John Marshall High School in Los Feliz, said many teachers have been moving toward more equitable grading practices for years. But shifting away from traditional grading to basing grades on whether students have mastered standards is not easy.

“It is a heavy lift, which is difficult in this pandemic time with the challenges teachers face,” Garcia said. “But, I think over time, over the next few years, we’ll see more and more schools adopting mastery grading and learning.”

Gavin Tierney, an assistant professor in the Department of Secondary Education at Cal State Fullerton, who teaches aspiring educators on equitably assessing students, agreed that asking teachers to fundamentally change their approach to grading — which often replicates what they experienced in school — requires more training and support.

“It’s hard work to rethink how we are assessing and grading on a deep level,” Tierney said. “We can’t just say to teachers, ‘do this work.’ Because they’re trying to just figure out how to get through a lesson a lot of times.”

In San Diego, district officials said they were compelled to make changes following calls for social justice in the aftermath of Floyd’s death and the pandemic’s exposure of long-existing racial inequities.

“Our goal should not simply be to re-create the system in place before March 13, 2020. Rather, we should seek to reopen as a better system, one focused on rooting out systemic racism in our society,” the board declared last summer.

Similar to Los Angeles, the San Diego changes include giving students opportunities to revise work and re-do tests. Teachers are to remove factors such as behavior, punctuality, effort and work habits from academic grades and shift them to a student’s “citizenship” grade, which is often factored into sports and extra-curricular eligibility, said Nicole DeWitt, executive director in the district’s office of leadership and learning.

Frederick M. Hess, director of education policy studies at the American Enterprise Institute, a conservative think tank, said he thinks some of the changes seem sensible — like giving students a chance to retake tests. But he’s skeptical of others, including removing deadlines and behavior from academic grades.

“The questions that are getting asked here are certainly worth asking,” Hess said. “My concern is that by calling certain practices equitable and suggesting they are the right ones, what we risk doing is creating systems in which we tell kids it’s OK to turn in your work late. That deadlines don’t matter… And I don’t think this sets kids up for successful careers or citizenship.”

Thomas Guskey, author of “On Your Mark: Challenging the Conventions of Grading and Reporting,” said the United States lags behind other countries in modernizing grading.

In Canada, for example, it’s common for students to receive separate grades for academic achievement, participation, punctuality and effort. That makes each mark more meaningful than a grade that is a hodgepodge of factors that can vary from teacher to teacher.

“We in the United States are more bound by tradition in grading than any other developed nation in the world,” Guskey said. Grading reform is not about watering down expectations; it’s about ensuring that grades are meaningful and fair, he said.

“I want us to honor excellence,” Guskey said. “I just want it done in ways that are defensible and not really pitting one kid against the other.” 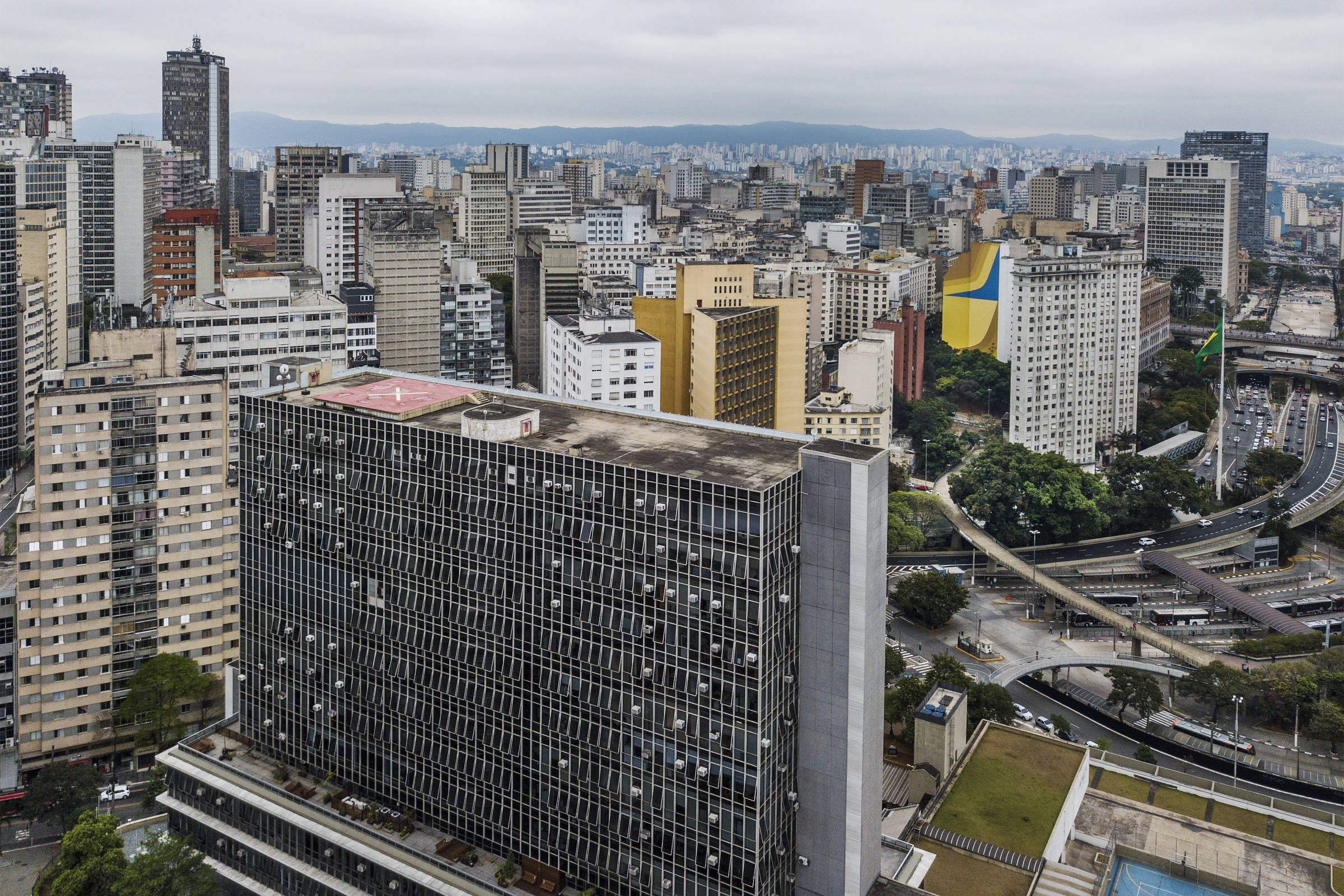 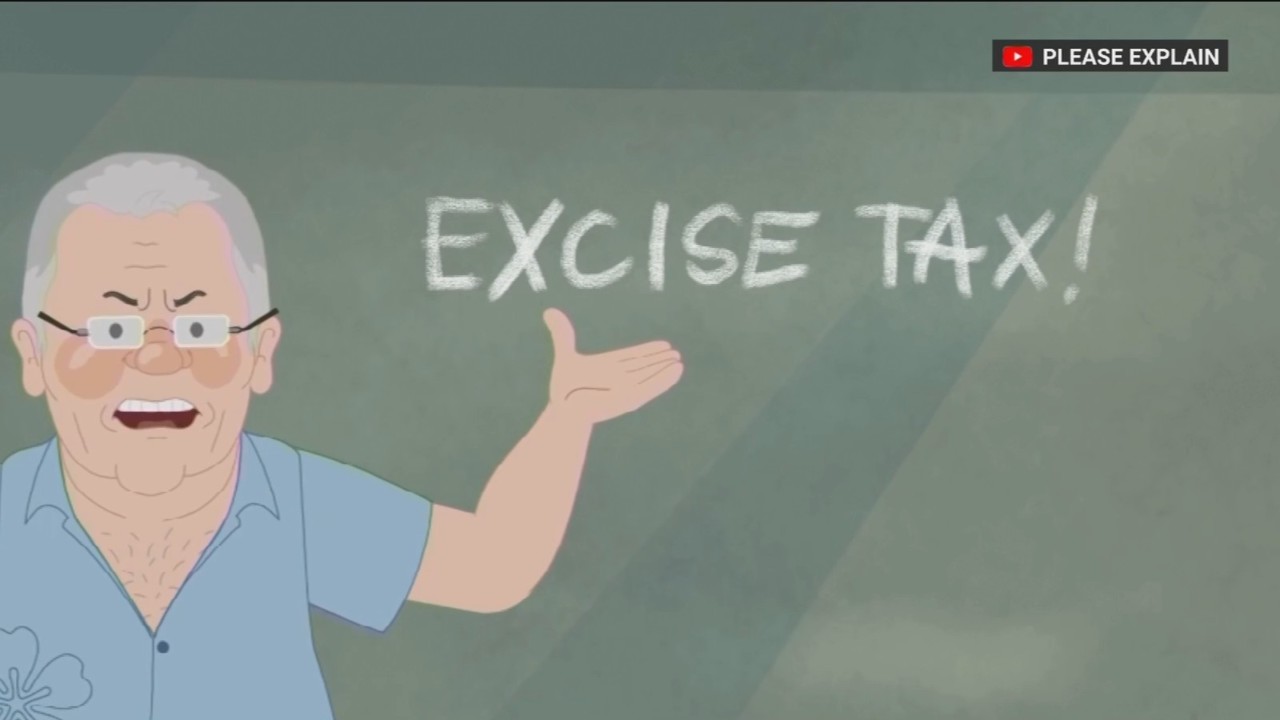 One Nation cartoon on taxes ‘should be in schools’