The return to Benin of 26 works of art looted by France’s colonial troops has fuelled hopes that other European countries will soon follow suit. Germany and Belgium have taken similar steps, initiating restitution processes with Nigeria and the Democratic Republic of Congo. But the United Kingdom, whose British Museum houses the world’s largest collection of Benin bronzes, is turning a deaf ear to calls for their return.

A growing number of countries have taken steps to return artworks that were looted during colonial times since French President Emmanuel Macron pledged to “return African heritage to Africa” during a visit to Burkina Faso in 2017. His promise began to took shape on Tuesday when France signed a landmark deal transfering ownership of 26 Beninese works of art to the Republic of Benin.

A day later, huge crowds gathered in Cotonou, Benin’s largest city and economic capital, to welcome back the historic treasures.

“President Macron surprised everyone with his promise, we didn’t expect it. All of a sudden, France started to move,” Marie-Cécile Zinsou, president of the Zinsou Art Foundation, told FRANCE 24.

For the Franco-Beninese dual national, an African art specialist and daughter of former Beninese premier Lionel Zinsou, the push to return artworks is first of all “a global movement, which will be difficult to avoid from now on”.

“France has probably lit a spark” for other countries to follow, she added.

As the debate intensifies, African countries have grown increasignly vocal and assertive in their pursuit. “It’s a big international issue now,” Abba Isa Tijani, the director general of Nigeria’s National Commission for Museums and Monuments, told Al Jazeera in October. “Anywhere we come across these objects, whether in private collections or in public institutions, we are going to lay claim (…) that we are sure of.”

Benin’s neighbour Nigeria has proactively joined the restitution campaign, negotiating agreements with museums and institutions in the United States, Germany, Ireland and the UK, including the Fowler Museum in Los Angeles, the National Museum of Ireland and Berlin’s Ethnologisches Museum.

In the latest development, the Smithsonian Institution’s National Museum of African Art in Washington, DC declared last week that it had removed from its collection bronzes from the Kingdom of Benin, a territory located in present-day Nigeria, which included modern-day Lagos.

The American cultural institution now plans to begin a repatriation process for 16 pieces identified as objects looted during a British expedition in 1897 – without any formal request from Nigeria.

In late October, two UK universities also returned to Nigeria objects looted in the Kingdom of Benin. The University of Aberdeen, in Scotland, returned a bronze sculpture purchased by the institution in 1957 and originating from the same 1897 loot.

In Cambridge, Jesus College returned on October 27 a bronze sculpture of a cockerel that had stood in the hall since 1905. The statue had been donated by a student’s parent who took part in the colonial expedition. Students on the British campus had been demanding its return for years, particularly in the wake of the Black Lives Matter movement.

But the institution housing the largest collections, the British Museum, has so far refused to follow the trend. With 928 artworks, it is home to the world’s largest collection of bronzes from the former Kingdom of Benin – among some 73,000 African objects – and has no plans to return them.

More commonly known as the Benin Bronzes, the ivory, bronze and brass-crafted sculptures and plaques are not only works of art but also bear witness to the African region’s history. Nigeria has been voicing demands for a restitution, as recently as last October, but the British will only agree to a loan.

According to British art historian John Picton, who worked for both the British Museum and the state museum commission in Nigeria, the principal reason not to return the artworks is “the lack of any facilities to actually proper house this material”. Speaking to German public radio Deutsche Welle, he added: “I’m afraid I do take the view that simply to send it back with no concern for proper storage, security, conservation, climate control and what not, is simply irresponsible.”

The British Museum Act also protects the institution. The 1963 law forbids the museum from disposing of its holdings, except in very specific circumstances.

According to Marie-Cécile Zinsou, the London-based museum is mostly concerned about setting a precedent that might encourage other demands.

“The British Museum refuses to return the Benin artworks because [the British] fear that Greece will seize the opportunity to claim the Parthenon friezes,” she says. The Greek government has long demanded the return of the iconic marbles taken by Lord Elgin in the 19th century.

The British Museum has nevertheless declared it was “engaged in a series of dialogues with different parties in Benin (…) and is aware of widespread hopes of future cooperation,” it told Al Jazeera.

But talks between the British Museum and African authorities have often reached an impasse. The British government has preferred to adopt a “retain and explain” stance for state-owned institutions, instead of returning pieces: monuments, contested and claimed objects are to be kept by the former colonizer but contextualised.

Nigeria’s museum commission – created in 2020 to act as an intermediary with foreign museums – is also negotiating the return of three artefacts housed by the Metropolitan Museum of Art, in New York: two 16th century Benin Bronze plaques and a 14th century Ife head.

It hopes to start talks with other countries, according to Al Jazeera

Efforts to reclaim artworks have made greater progress in Germany. Following France’s lead, German authorities signed a memorandum of understanding with Nigeria in mid-October setting out a timetable for the return of around 1,100 Beninese sculptures now housed in German museums. The first repatriations are planned for the second quarter of 2022.

Around the world, “many people have wondered about the provenance of these pieces,” says Zinsou, “but now we have taken action”.

Belgium studies the origins of some 40,000 objects

Across France, museums have begun creating job positions specifically dedicated to studying the provenance of their collections. It’s the case at the Quai Branly museum, as well as the Angoulême Museum, which has a large French collection of African and Oceanic art bequeathed by a local doctor and major art collector in 1934.

Belgium, which bears a troubled colonial past, has also embarked on a lengthy process in order to identify and study the provenance of thousands of objects from its former colonies. The country’s AfricaMuseum (formerly the Royal Museum for Central Africa) houses some 85,000 objects from the former Belgian Congo (present-day Democratic Republic of Congo).

Thanks to scientific programmes initiated by the museum, and with the help of the National Archives, some 35,000 to 40,000 items have been scrutinised, about half of the museum’s Congolese collection. Between 1,500 and 2,000 works of art have already been classified as ill-gotten gains and are therefore eligible for restitution.

Objects ‘acquired by force and violence under illegitimate conditions’

The process is part of a broader programme unveiled in July by the Belgian secretary of state for scientific policy, Thomas Dermine. He called for “everything that was acquired by force and violence under illegitimate conditions” to be returned. “The objects that were acquired illegitimately by our grandparents and great-grandparents do not belong to us. They belong to the Congolese people,” he added.

“Belgium began a radical change of course, even though it has been one of the last countries to face these issues,” notes Zinsou.

Officially, the Democratic Republic of Congo has not submitted a request for “restitution” to the Belgian authorities. “Their approach is different,” Zinsou explains.

Kinshasa refers instead to a “reconstitution”, which is “a less ethnocentric vision”, she stresses. According to this logic, Belgium would help Congolese authorities reconstitute only the missing pieces of collections representing specific ethnic groups.

The repatriation of such heritage is organised at their own pace and according to their own criteria. The claimed pieces will be housed in the new National Museum of the Democratic Republic of Congo, inaugurated in 2019 by President Félix Tshisekedi. In any case, for the time being, it can only accommodate 12,000 pieces in optimal conservation conditions.

This article was adapted from the original in French by Henrique Valadares. 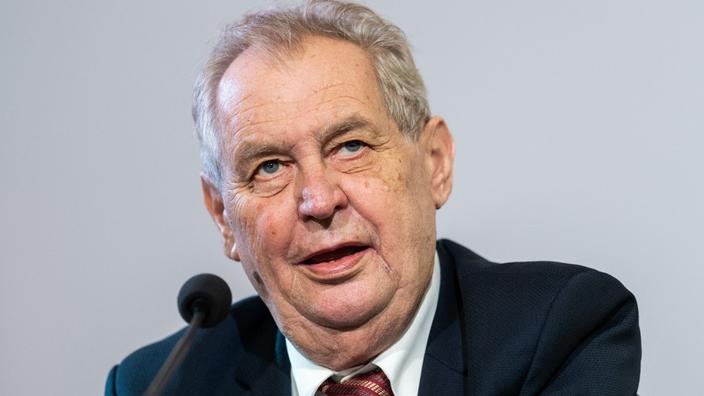 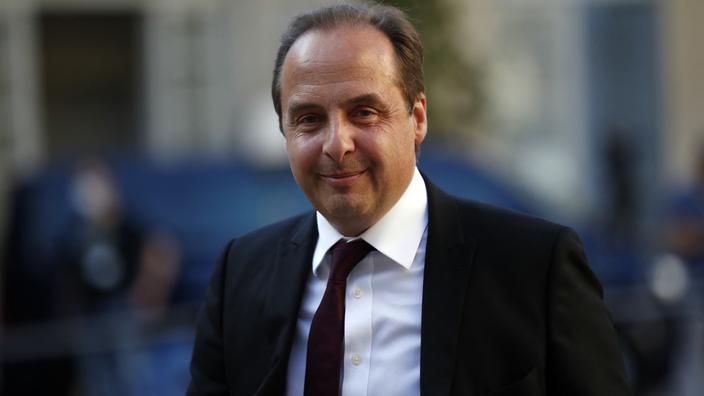