THE HAGUE, Netherlands: Armenia urged judges at a United Nations court Thursday to order Azerbaijan to release Armenians detained during a six-week war last year and to stop promoting ethnic hatred. Azerbaijan urged judges to reject the requests as the two nations faced off in a Hague courtroom.
Armenian representative Yeghishe Kirakosyan made the requests as a hearing opened at the International Court of Justice into a petition by Armenia for judges to impose urgent interim measures to prevent Azerbaijan breaching an international convention to stamp out ethnic discrimination.
Among measures Armenia wants the court to impose on Azerbaijan an order to release and repatriate prisoners of war and halt hate speech aimed at Armenians.
Azerbaijan’s deputy foreign minister, Elnur Mammadov, said Armenia’s request “is defective, and must be rejected.”
The case stems from longstanding enmity that boiled over into last year’s war over the disputed region of Nagorno-Karabakh that left more than 6,600 people dead. The region is within Azerbaijan but had been under the control of ethnic Armenian forces backed by Armenia since the end of a separatist war in 1994.
Kirakosyan said Armenia wasn’t asking the court to rule on the root causes of the war, but “seeks to prevent and remedy the cycle of violence and hatred perpetrated against ethnic Armenians.”
Azerbaijan also has filed a similar case alleging discrimination against its citizens by Armenia and also has requested the world court to impose interim measures. Hearings in the Azerbaijan case are scheduled to start next Monday. Rulings on both requests will likely be issued in coming weeks.
Both nations’ cases alleging breaches of the International Convention on the Elimination of All Forms of Racial Discrimination will likely take years to reach their conclusion at the Hague-based court.
Last year’s conflict ended when Armenian Prime Minister Nikol Pashinyan signed a Russia-brokered cease-fire agreement that granted Azerbaijan control over parts of Nagorno-Karabakh as well as adjacent territories occupied by Armenians.
Armenia says more than 3,700 Armenians and Nagorno-Karabakh residents died in the war. Azerbaijan said it lost 2,900 people.
Kirakosyan told the court that despite the deal that ended last year’s conflict, “Azerbaijan continues to espouse and actively promote ethnic hatred against Armenians.”
He said that Azerbaijan has “captured, tortured, and arbitrarily detained numerous members of Armenian armed forces and civilians of ethnic Armenian origin” and “continues to destroy Armenian cultural heritage and religious sites or negate the Armenian character, and the territory’s economic controls.”
Lawyers for Azerbaijan said Baku has released most prisoners and those who remain in detention were convicted or are being prosecuted on charges including murder, torture and espionage. 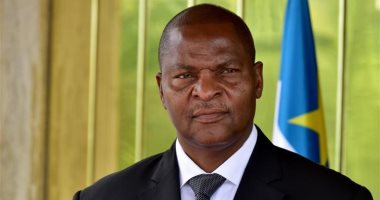