Eighteen months after a presidential proclamation from Donald Trump closed off the US to British visitors, American officials say the travel ban will be lifted from some time in November – for fully vaccinated travellers only.

But how will the new rules work?

Here’s everything you need to know.

What are the current rules?

Visitors from the UK, Ireland or the Schengen Area (most of the EU plus Iceland, Norway, Switzerland and Liechtenstein) have been banned from travelling to the US since March 2020.

A presidential proclamation outlawing direct arrivals was made by Donald Trump, who lifted it very briefly at the end of his White House tenure – only for his successor, Joe Biden, to re-impose the prohibition on people who have been “physically present” in one of those locations “during the 14-day period preceding their entry or attempted entry into the United States”.

The decree applies to all travellers except American citizens and foreigners with right of residence in the US.

The ban has looked increasingly unjustifiable, since the US remained open to arrivals from more than 100 other countries, many of them with more serious Covid concerns.

Besides the damage to tourism, it has proved extremely harsh for people with family or partners in the US.

Are there any ways around the ban?

Yes, people with a compassionate reason to travel to the US– or whose presence is held to be beneficial to the American nation – may be granted permission. The latter option, known as a “National Interest Exception,” has been used by some professionals but not those seeking to visit loved ones or holidaymakers.

Most travellers with pressing reasons to go to the US have “laundered” their status – by spending two weeks in a third country, usually Mexico, before continuing by air (land borders are closed) to an American airport.

From some time in November – exact date to be confirmed – the blanket travel ban will be lifted on the UK, Europe and the other nations that have been blocked during the coronavirus pandemic, meaning foreign nationals from anywhere in the world will be able to visit, provided they can prove their fully vaccinated status.

Double jabbed travellers from these countries will then be able to enter on the normal terms: presenting a visa or an Esta (America’s online entry permit). They will not need to quarantine on arrival.

Completing a course of jabs with a vaccine authorised for emergency use by the World Health Organisation (WHO). These are Oxford AstraZeneca, Janssen (Johnson & Johnson), Moderna,and Pfizer/BioNTech, as well as two Chinese vaccines: Sinopharm and Sinovac.

(The US Food & Drug Administration recognises fewer vaccines, and has not yet approved Oxford AstraZeneca, but that is not relevant to travellers – WHO recognition is sufficient.)

What about children who have not been vaccinated?

They are likely to be allowed in with testing but not quarantine, though this has not been officially confirmed.

Get a test no more than three days before travel – or provide proof that you have recovered from Covid-19 in the past three months.

The US Centers for Disease Control also advises that you should have a second test three, four or five days after arrival.

A cheap and rapid antigen (lateral flow) test is acceptable – no need to take a PCR.

The Americans are also devising a passenger locator form, of the kind that are common across the world, so that health authorities can keep tabs on travellers.

Be aware that individual states have their own rules or recommendations.

For example, the Hawaii Tourism Authority says: “We are strongly advising visitors that now is not the right time to travel, and they should postpone their trips through the end of October.”

Will I be able to find a transatlantic flight?

Airlines have been running flights between the UK and US throughout the coronavirus pandemic. These have mostly carried essential workers and, latterly, US citizens who have been allowed to visit Britain with proof of vaccination.

However, there is likely to be a surge in bookings for flights immediately after the ban lifts, due to all the pent-up demand to see families and friends.

Virgin Atlantic reported a 91 per cent increase in UK-US bookings, week-on-week, in the first hour after the end of the ban was announced.

It is likely that airlines will quickly ramp up flights, so after the first few days fares will have settled down and availability should rise.

So an early December trip for Christmas shopping or Florida sunshine is on the cards for vaccinated travellers.

As US debt limit looms again, calls intensify for reform 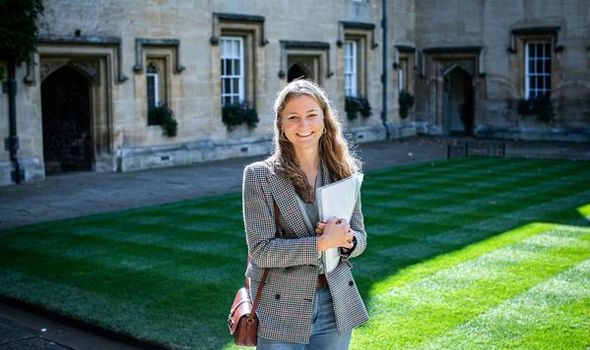