In remarks before getting his shot, Biden encouraged eligible Americans to get their booster shots. Those aged 65 and older along with people with underlying health conditions and in high-risk jobs can get the booster shot.

“The bottom line is that if you’re fully vaccinated, you’re highly protected now from severe illness, even if you get COVID-19,” Biden said. “You’re safe and we’re going to do everything we can to keep it that way with the boosters.”

Karen Bass, a Democratic congresswoman from California, has announced that she is running for mayor of Los Angeles, the most high-profile candidate to enter the race to run the second largest city in America.

Bass, who received national attention as one of Biden’s potential picks for vice president last year, is a progressive candidate who worked as a community organizer before running for office. She was also elected chair of the Congressional Black Caucus in 2018.
On her newly launched website, Bass focused on the housing and homelessness crisis in LA, which has emerged as a central issue in the race. One local candidate who has already entered the race has pledged to crackdown on unhoused people living on the streets, promising to arrest people who refuse to move.

“Karen is running for Mayor because she knows that solving this crisis means addressing the root causes of homelessness: lack of affordable housing, health care, job training, mental health services, and drug and alcohol counseling,” her campaign website says.

You can read more about Bass in my colleague Maanvi Singh’s profile from last year here:

Texas lawmakers released their long-awaited proposed congressional map on Monday, a plan that would shore up Republican control of congressional seats across the state even as Democrats have made substantial gains in recent elections.

Although 95% of the population growth in Texas over the last decade was from voters of color, the new map does not create any new districts where Hispanics form a majority. Compared to the map currently in place, it creates an additional white-majority district and one less Hispani c-majority district, according to the Texas Tribune.

The map strengthens Republican control of the suburbs of several areas, some of the fastest growing areas in the state. Republicans are attempting to “pack” Democratic voters in those suburban areas into already-Democratic districts, and then attaching the suburban districts to more rural areas.

A good example of this is the 22nd congressional district, which is anchored in Fort Bend county, suburbs outside of Houston. Trump barely carried the district in 2020 by less than a percentage point. The new proposed 22nd congressional district carves out some of the most Democratic parts of the county and attaches them to already heavy Democratic districts in Houston. The new plan attaches two counties that overwhelmingly voted for Trump in 2020. If the 2020 election were held under the new lines, Trump would have won 58% of the vote, according to Planscore, a tool run by the Campaign Legal Center that analyzes maps.

The US state department knows of 100 American citizens and permanent residents who are still in Afghanistan and are ready to leave the country, a senior state department official told Reuters Monday.

The state department is working to get these people on flights out of the country, the official said.

“Our highest priority in Afghanistan, of course, remains [to be] helping those American citizens who wish to leave the country,” the anonymous official told the news agency.

Joe Biden is scheduled to get his Covid-19 booster shot this afternoon at 1pm, the White House announced this morning. Biden will also be giving remarks upon getting his booster shot.

Biden, who got his second shot 11 Jannuary, indicated last week that he planned to get his third dose of the vaccine as soon as possible and encouraged Americans to do the same.

Doctors and vaccine clinics have reported widespread confusion over who is eligible for a booster shot.

Last month, the Biden administration said they recommended Americans should get a booster shot eight months after their second shot and would work to make booster shots accessible to Americans.

Weeks later, scientists at the Food and Drug Administration (FDA) published a review of research that suggested not everyone needs a booster shot. Then, last week, the FDA went on to recommend that only Americans 65 and older and people 50 to 64 with underlying conditions should get the shot. Then, Centers for Disease Control and Prevention director Rochelle Walensky said that people in high-risk, high-contact jobs will also be eligible.

To put some context to why this week’s negotiations among Democrats are so important, let’s take a look at Joe Biden’s most recent approval ratings.

Last week, Gallup reported Biden’s lowest approval rating of his presidency, dropping to 43%, with 53% now disapproving of the president, according to a survey distributed at the beginning of the month.

After the controversy around Biden’s withdrawal of US troops from Afghanistan in August, it may come as no surprise that Biden’s approval ratings have dropped so low. Gallup noted that while presidents tend to have a honeymoon period with their approval ratings, only Donald Trump had as low of approval ratings at a similar point during his presidency. Biden has specifically lost the support of a high percentage of Independents, going from approval of 61% independents to his new low of 36%.

The spending bills that Congress is debating this week will be crucial for the rest of Biden’s presidency, and the Democratic party at large, as his first year as president comes to a close. Biden reportedly spent his weekend at Camp David calling lawmakers, urging them to support the bills.

John Podesta, former counselor to Barack Obama, told Politico that not passing the bills this week would be “disastrous” for Democrats, whose majority in Congress is at risk next year during the 2022 elections.

National Security Advisor Jake Sullivan is traveling to Saudi Arabia today to meet with Crown Price Mohammed bin Salman as the US pushes for a cease-fire in the war in Yemen. Sullivan will also be traveling to the United Arab Emirates and Egypt during his trip to the Middle East. Sullivan will be the highest-ranking official from the Biden administration to visit Saudi Arabia.

Besides a rough agenda, which was first reported by Axios, not many details about Sullivan’s trip have been released.

Biden’s administration has received criticism for its handling of relations with Saudi Arabia as the White House has attempted to criticize the country for its human rights record while also attempting to cooperate with the country. Biden waived punishment for the crown prince despite a CIA investigation that confirmed the crown prince authorized the murder of Washington Post journalist Jamal Khashoggi in 2018. The White House also quietly hosted Saudi Arabia’s deputy defense minister Prince Khalid bin Salman in July, though Biden did not meet with him during his visit.

Good morning, and welcome to the US politics live blog.

The House is focused on passing the $1tn bipartisan infrastructure bill that was passed in the Senate last month. The bill includes $550bn in spending for new funding for roads, public transportation and expanding internet broadband access, among other things.

Meanwhile, Senate Democrats are trying to avoid a government shutdown that is set to happen on Friday if a bill that would fund the government until December is not passed. Democrats have attached to the spending bill a resolution that would increase the debt ceiling, which Republicans have opposed. Republicans said they will not pass the spending bill unless the debt ceiling measure is removed.

Finally, Democrats in both chambers are ironing out a bill – which is being called the reconciliation bill – worth about $3.5tn that includes some of Joe Biden’s biggest campaign promises. It includes funding to incentivize purchases of electric vehicles, free or subsidized daycare and expansions to Medicare, among other things.

House and Senate Democratic leaders are working to convince their moderate members to pass the bill, though moderates say they won’t budge unless the price of the bill is significantly decreased.

One Washington reporter tweeted that this week is set to be “one of the most intense weeks in Congress”. We’ll be keeping an eye out for developments on these bills and other news today, so stay tuned. 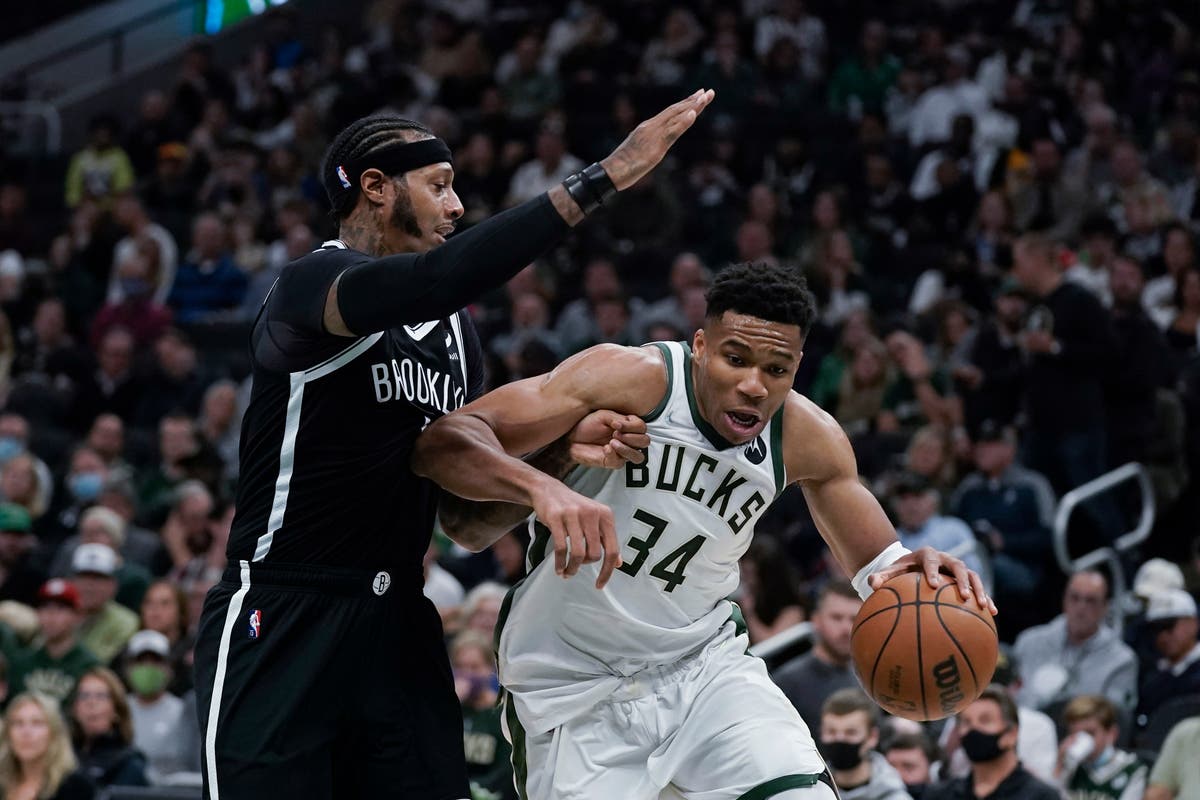 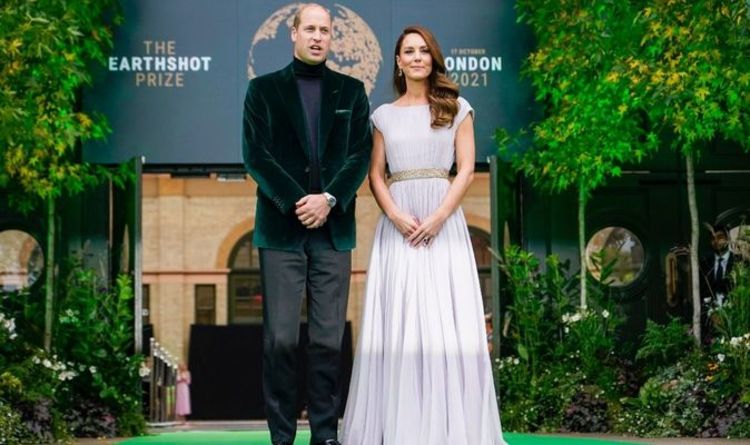