And pro-Brexit think tank Facts4EU has said the revelation underlines the bloc’s “hostile attitude” towards the UK – and has urged Boris Johnson to tear up the trade deal which he signed in December and walk away on World Trade Organization (WTO) terms. Facts4EU analysed data from the Eurostat, the EU’s statistics division, which indicated in the first four months of the year, in the wake of the end of the transition period, EU imports from the United Kingdom dropped by 27.1 percent compared with the same period last year.

Leigh Evans, Facts4EU’s editor-in-chief, said: “Incredibly and for the first time, Vladimir Putin’s Russia – a pariah state supposedly subject to EU sanctions – has overtaken the United Kingdom in sales to the EU27.

“It is now the third largest supplier to the EU, after China and the USA.

“Russia’s economy is only 55 percent of the size of the UK’s economy.

“And yet so far this year it has sold more goods to the EU27 than has the UK.”

Mr Evans pointed to three factors which he suggested might explain the drop-off in UK exports to the EU:

“The rote response from those who wish ill on an independent and sovereign United Kingdom to any such news is to say: ‘See, Brexit is a disaster, we told you so’, or words to that effect.

“Never once do they question whether it is the EU’s appalling behaviour towards the UK which is at fault.”

He said: “In two weeks’ time the UK Government must decide whether it will impose the EU’s rules making GB sales of sausages, burgers, and cold meats into Northern Ireland as difficult as possible.

“If – as it should – the UK Government refuses to impose these vindictive and nonsensical EU rules, the EU will almost certainly retaliate against the UK with more legal action to claim penalties, and by taking action to introduce tariffs on UK goods going to the EU.”

The figures contained in Facts4EU’s report showed how the UK – the EU’s closest major partner in trade – was not benefiting from the so-called EU-UK ‘Trade and Cooperation Agreement’ signed by Boris Johnson, Mr Evans insisted.

He added: “Quite the reverse. The EU27 are well on the way to increasing their massive trade surplus with the UK.

“We wrote repeatedly that the EU would never behave reasonably and that the UK was better off going for trade on WTO terms. Our position is unchanged.” 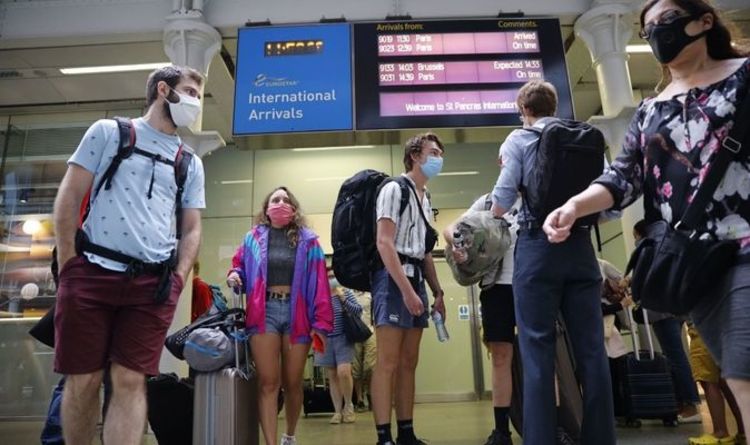 ‘There should be no protests during a lockdown’: Paul Murray