Jonathan Powell, 65, blasted Boris Johnson, 57, over Brexit negotiations with the Brussels bloc and accused the Prime Minister of putting ideological issues above the interests of people. Mr Powell, who served as chief of staff to the ex-Labour leader and Prime Minister Tony Blair, 68, from 1995 to 2007, worked as UK’s Government chief negotiator on Northern Ireland during the Ulster peace process.

Speaking about current Brexit negotiations, he warned those in Government did not understand the fragility of the Good Friday Agreement and suggested their actions could jeopardise “all the work” put into the 1998 peace deal.

He said: “What worries me is the casual political vandalism.”

“They really don’t seem to care.

Powell specifically questioned why Mr Johnson’s Government made the issue with the role of judges from the European Court of Justice in Ulster a red line in talks.

He added: “They may matter to Boris Johnson and some supporters [in the Government] and the ideological base but is it really worth sacrificing all the work that previous generations of politicians put into the Northern Ireland peace process on the ideological altar of the ECJ?”

Lord David Frost, 56, had been in charge of UK negotiations until he resigned from Government last month over Covid regulations and tax policy.

The former ambassador and CEO of the Scotch Whiskey Association repeatedly threatened to suspend parts of the Northern Ireland Protocol under Article 16.

Lord Frost was succeeded in the Brexit brief by the Remainer-turned-Brexiteer Foreign Secretary Liz Truss, 46.

Ms Truss is thought to be a continuity negotiator.

Speaking before Christmas, she stressed: “The UK position has not changed.

“We need goods to flow freely between Great Britain and Northern Ireland, end the role of the ECJ as the final arbiter of disputes between us, and resolve other issues.”

Despite Powell’s concerns, another architect of peace in Northern Ireland has claimed the Protocol itself damages the Good Friday Agreement.

Former Ulster Unionist Party leader and Northern Ireland First Minister Lord David Trimble, 77, claimed: “The Protocol rips the very heart out of the agreement, which I and they believed safeguarded Northern Ireland as part of the United Kingdom and ensured that democracy not violence, threat of violence or outside interference, would or could ever change that.

“Make no mistake about it, the Protocol does not safeguard the Good Friday Agreement. It demolishes its central premise by removing the assurance that democratic consent is needed to make any change to the status of Northern Ireland.

“It embodies a number of constitutional changes that relate to Northern Ireland.”

Lord Trimble and his colleagues at the Centre for Brexit Policy have put forward plans for the UK and EU to introduce a mutual enforcement system which would ensure firms selling into the Republic of Ireland from Northern Ireland would have to declare they adhered to regulations in the other jurisdiction in their export documentation. 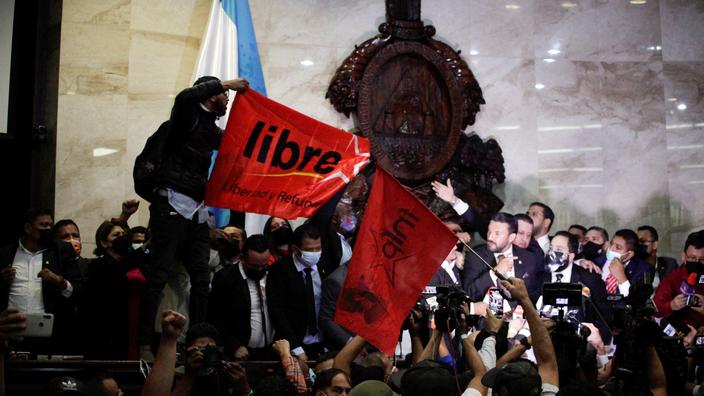