The college football champion for the 2021 season will be crowned in Indianapolis on Monday night as SEC rivals Alabama and Georgia meet in the playoff’s national title game.

The meeting is a rematch from last month when the Crimson Tide took down the then-No. 1 Bulldogs, 41-24, that earned them a place in the playoff and gave coach Nick Saban his fourth victory in four tries against former assistant Kirby Smart.

Saban is seeking his seventh national title at Alabama and his eighth overall, more than any coach in major college football history. It would also be the second repeat championship for the Crimson Tide under Saban after winning in 2011 and 2012.

Georgia will be trying to end a 41-year drought between titles that dates back to the freshman season of all-time great Herschel Walker in 1980. The Bulldogs also lost to Alabama in the 2017 title game, the other previous meeting of conference foes in the national championship.

There will be star power all around the field with Alabama’s offense boasting Heisman Trophy winner Bryce Young at quarterback and Jameson Williams at receiver, along with All-America linebacker Will Anderson. Georgia will counter with several defensive stars, led by defensive lineman Jordan Davis and linebacker Naboke Dean.

It should be a great game. We’ll provide updates on all the action throughout. Please follow along.

DOMINANCE:SEC’s gap in college football keeps growing. Can anyone stop it?

MOVING PAST:Georgia not dwelling on heartbreaking history with Alabama

Alabama responds with … another field goal

Make that four field goals for the Crimson Tide as yet another drive stalls close to the Georgia end zone. Bryce Young had two throws to put Alabama ahead before Alabama coach Nick Saban decided to kick a field goal and cut his team’s deficit to 13-12 with just under 13 minutes left to play.

Massive possession upcoming for Georgia. Need to take time off the clock and possibly get so

Finally, someone has found the end zone!

After a 67-yard run by James Cook put the Bulldogs in scoring position, his senior sidekick Zamir White scored on a 1-yard touchdown run giving the Bulldogs their first lead at 13-9 with 1:20 left in the third quarter.

Pressure is squarely on the Alabama offense that has just three field goals so far.

Without their two top receivers, the Crimson Tide needed to change some things with their offense starting on their 2. Offensive coordinator got running back Brian Robinson established on the ground early on the latest drive before mixing in short passes to Robinson and wide receivers.

It got the Georgia defense off balance and fatigue seemed to set in. But the Bulldogs did eventually stiffen when Alabama reached their 30 to force a field goal. Will Reichard’s attempt was blocked and the score remains 9-6 in favor of Alabama with 3:18 left in the third quarter.

The Crimson Tide ran 17 plays for 68 yards and took 7:45 off clock and ended with no points.

Bryce Young made his first mistake of the game, forcing a deep throw to Jahleel Billingsley as Georgia had two people in position to make the play.  Christopher Smith made the interception at the Alabama 43, giving the Bulldogs great field position.

It’s a rare miscue for the Heisman Trophy winner, who entered the game with 46 touchdown passes and just five interceptions. But with his two best receivers sidelined, he seems to be struggling with the connection to the inexperienced reserves on field.

The Crimson Tide’s defense quickly got the ball back for Young, forcing a three-and-out by Georgia. A deep punt pinned Alabama on its 2 to start the next possession.

Nobody reached the end zone in the first 30 minutes but there were five scoring drives as Alabama had three field goals and Georgia had two, making the score unexpectedly 9-6. Not that there was supposed to be a shootout.

The running games for both teams were nonexistent, leaving the quarterbacks to make much of the big plays. Bryce Young threw for 206 yards and appeared more comfortable than counterpart Stetson Bennett. The loss of receiver Jameson Williams makes the Crimson Tide thin with experience at the position. That will be something to watch in the second half. Georgia gets the ball to start the second half. That drive could be critical as field position can be key if the offense continue to bog down.

If you like defense and physical play, this game is over you. It’s a change from shootouts in previous editions of the title matchups. Welcome to SEC football.

The Crimson Tide look poised to extend their lead to 10 after Cameron Latu’s 61-yard catch and run put them inside the Georgia 10. However, Latu dropped a sure touchdown on the second snap after his big play. Alabama was forced to kick its third field goal of the game and increase its lead to 9-3 with 7 minutes left in the second quarter.

It was a big escape for the Bulldogs, who are struggling on offense and couldn’t afford to go down 10 points. Instead, it is still a one-score game even though the Crimson Tide have mostly dominated things.

No touchdowns so far as the game nears the midway point of the second quarter. There have been three field goals, however. Will Reichard converted a 45-yard field goal for the last points as Alabama leads 6-3. The scoring drive was marred by the injury to Crimson Tide leading receiver Jameson Williams on a 40-yard reception that set up the score.

Williams caught 40-yard pass over the middle of the Georgia defense but as he was twisting to avoid the tackle attempts of two defenders he went down holding his knee. Williams was helped off the field and went to the injury tent on the sideline for evaluation.

Besides Heisman Trophy winner Bryce Young, Williams was easily the biggest offensive weapon for the Crimson Tide this season with 1,507 yards and 15 touchdowns entering tonight’s game. Alabama is also without its other starting receiver John Metchie III, who tore his ACL against Georgia in the SEC title game.

ESPN reporter Holly Rowe reported in the third quarter that Williams would not return.

The first signs of life for the Bulldogs offense as Stetson Bennett hits George PIckens with a deep ball for 52 yards to the Alabama 29. They’d get closer to the end zone before the Crimson Tide stiffened and Jack Podlesny kicked a 24-yard field goal to even things at 3-3 with 12:35 left in the second quarter.

The pass to PIckens is significant as the deep ball could loosen things up for the Georgia running game that has been bogged down. Bulldogs have 11 yards on eight attempts. The ground hasn’t been much better for Alabama, which has 16 yards on six carrie

Three of the last four possessions have ended without first downs as both teams struggle to run the ball effectively and there is little time to throw. It’s not a huge surprise with the talent on both defenses and this is the way things started in the SEC championship game. A feeling-out process for sure.

Georgia has one yard offense after its two drives. Stetson Bennett still has not completed a pass. It’s early and things should loosen up as game wears on.

It was a quick three-and-out for the Bulldogs on their opening possession as quarterbStetson Bennett was sacked on their first play. Bennett scrambled on second down to make for a manageable third down but then threw incomplete under pressure. Forced to punt, Jake Camarda delivered a 55-yard boot that flipped field position after a field catch. Alabama starts on its own 20 with 8:10 left in the first quarter.

It’s 3-0 for the Crimson Tide after taking the opening kickoff and driving 56 yards in 14 plays before the series stalled. Will Reichard delivered a 37-yard field goal with 9:55 left for the first points of the game.

Alabama mixed run and pass for most of the possession, getting off quick passes as Georgia tried to bring pressure on Bryce Young. The Bulldogs had an touchdown overturned, but stiffened within 20 yards of the end zone. Not a bad start for the defense as it tries to reverse its struggles from the earlier meeting.

On the fourth play from scrimmage, it appeared the Bulldogs got on the board first when Jordan Davis hit Alabama quarterback Bryce Young. The ball appeared to be fumbled and was picked up by Nakobe Dean and returned for a touchdown. However, replay review showed Young had his arm coming forward and it was ruled an incomplete pass.

The bright spot for Georgia? Early pressure by the Bulldogs front that was lacking in last month’s game.

Alabama and Georgia ready to get started

It’s almost time to kick things off with the national championship on the line. Natalie Grant delivered a stirring rendition of the national anthem before both teams took the field. Alabama went first before Georgia entered with cameras flashing.

Georgia calls tails and wins the coin toss. Bulldogs elect to defer, which means Alabama and Heisman Trophy winner Bryce Young take the field first. A good early look at how the Georgia defense will adjust after allowing 41 points in last month’s game.

Paths to victory for Alabama, Georgia in title game

Look for an early feeling-out period when the Alabama and Georgia meet on Monday night in the College Football Playoff national championship game. The Crimson Tide will look to see what the Bulldogs learned from last month’s loss. How Georgia tweaks a clearly flawed game plan — and how Alabama responds to a new defensive approach — might be the factor that ultimately decides this matchup of SEC powers. But it’s not the only ingredient needed to win. Boiled down, these are the steps that will pilot the Bulldogs or Crimson Tide to the top of college football.

These teams played just over a month ago for the SEC championship, and Alabama won in convincing fashion, 41-24. That won’t happen in this edition. Remember what happened the last time these schools squared off in the FCS championship four years ago. That one was nothing short of an instant classic, with Alabama rallying for a 26-23 overtime win on a walk-off TD pass.

We can’t promise a similar finish, but we do know that both teams have a whole lot of talent. Both coaching staffs have had several weeks to pore over the footage from this season’s previous encounter, so there will certainly be some adjustments on each side. In theory, this one should be a lot more competitive.

Former Florida and South Carolina coach Steve Spurrier expects a rematch reversal when No. 1 Alabama faces No. 3 Georgia in the national championship on Monday. The Crimson Tide defeated Georgia 41-24 to win the SEC Championship on Dec. 4, but Spurrier has been bullish on the Bulldogs’ title chances throughout the season, and the first result didn’t dissuade his thinking.

“They’re due for the football gods to maybe smile on them this time,” Spurrier said. 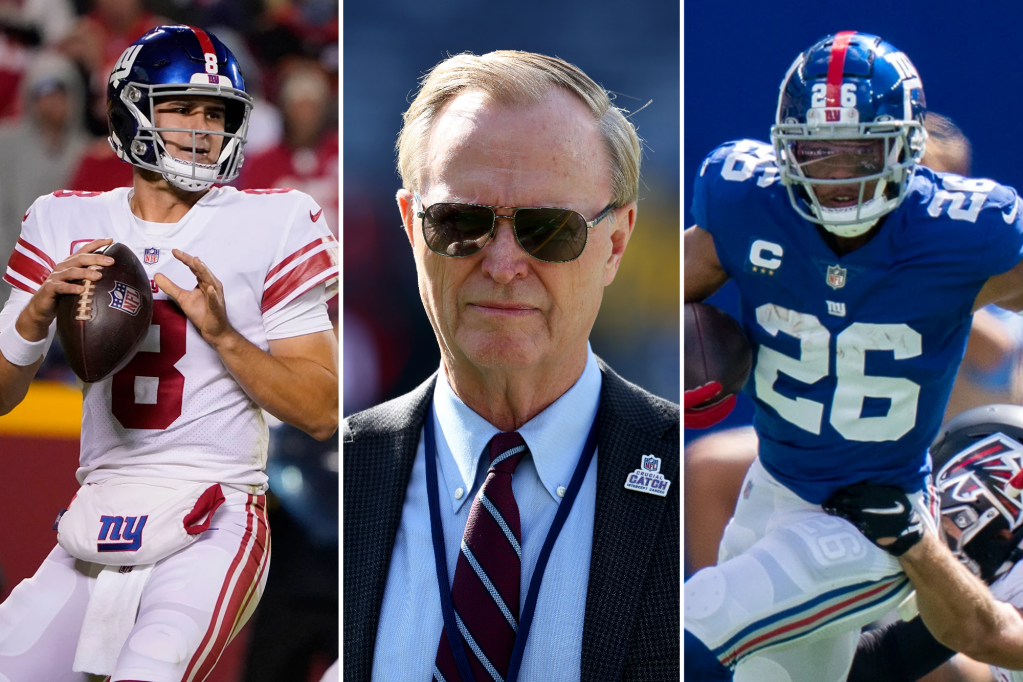 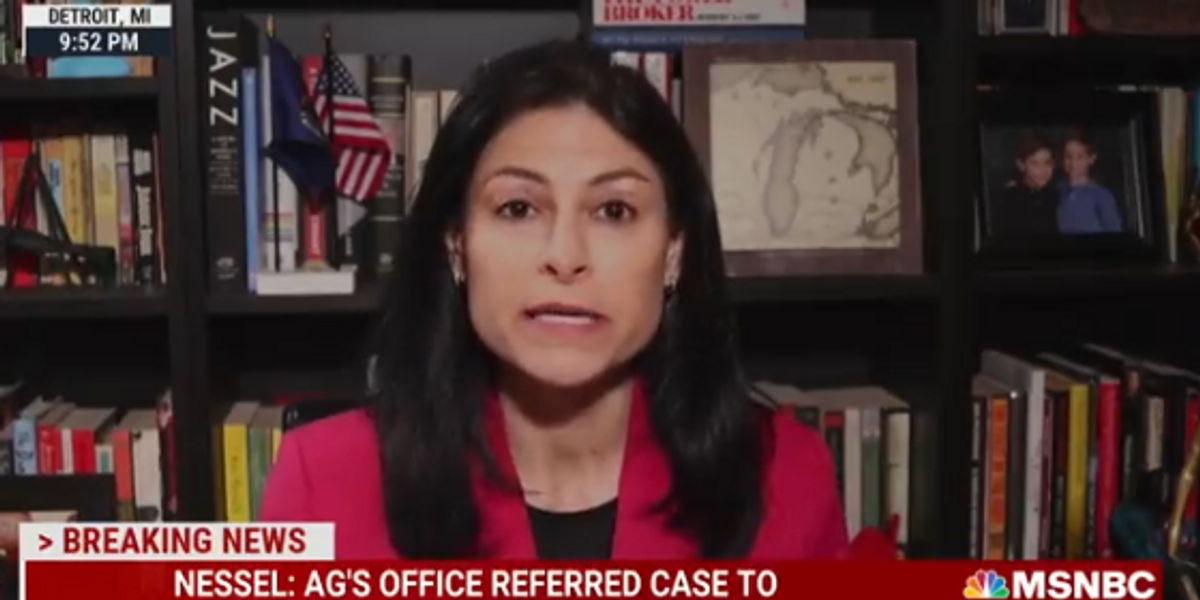 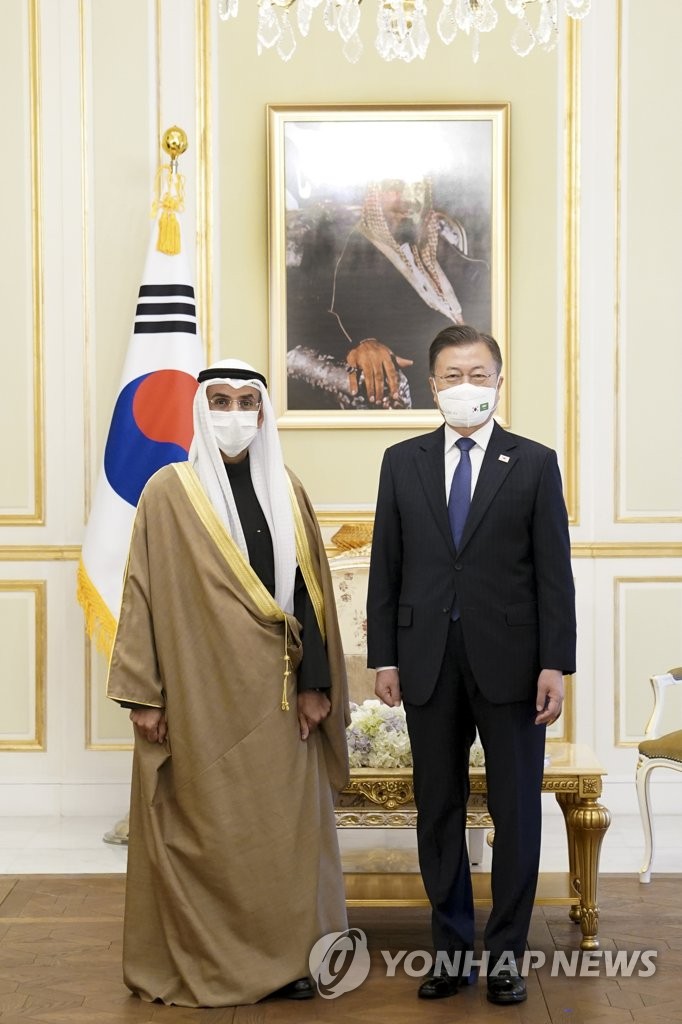