BERLIN—On a continent still struggling with high Covid-19 rates, one small Alpine country is trying something new to reopen its schools: Require that students test themselves twice a week before they can attend class.

The experiment could bear valuable lessons for the U.S., where many schools remain closed, especially because it is happening in a place with relatively high infection rates despite months of restrictions.

The U.S. Centers for Disease Control and Prevention last week urged elementary and secondary schools to reopen amid a debate between parents, teachers and local governments over how they should operate during the pandemic.

In Europe, where some countries are reopening schools after winter shutdowns, more governments are pushing in-school testing as they try to balance a growing urgency to get children back into classrooms with fears about the new highly infectious virus variants.

Austria, which this month reopened schools after nearly three months, is taking this further than any other European country.

Twice a week, the nation’s 1.1 million schoolchildren now use noninvasive antigen tests, which detect infections by searching for viral proteins.

Children collect their samples by turning a swab in their noses before inserting it into a cartridge, dropping a few drops of liquid on it and waiting 15 minutes for the result. Austria’s government has so far ordered 24 million such tests from a Chinese manufacturer at €2.40, equivalent to $2.90, apiece. Children whose parents refuse the test must continue remote learning.

Eight-year-old Dylan Moriarty, who goes to school in Salzburg, western Austria, said the test is easy and even “a bit cool.”

His mother, Michele Moriarty, an orthodontist, said, “We’re happy to do anything that can allow the kids to go to school.”

Epidemiologists and health officials say that while schools aren’t Covid-19 hot spots, they play a role in spreading infections. Many also say the spread can be mitigated with strict safety protocols.

Do you think American schools will be open by fall 2021? Why or why not? Join the conversation below.

European governments have made school reopenings a priority, but the continent’s slow vaccine rollout and the spread of highly infectious coronavirus variants mean there are substantial risks.

Similar to the U.S., safety measures in European schools have varied widely, including increased handwashing, staggered arrival and recess times, divided classes and compulsory mask wearing—sometimes only in hallways, sometimes everywhere. In many countries, teachers have pressed for tighter measures, including more virus testing.

In Germany, some states are also planning to regularly test staff and students when they reopen schools for the youngest students later this month. Teachers and students in Berlin will be able to get tested twice a week. Other countries such as Belgium and the Czech Republic are closely watching the Austrian experiment, according to Austria’s education ministry.

France, which has kept its schools open throughout a surge in cases this fall and winter, plans to conduct at least 200,000 weekly saliva PCR tests in schools after the February break, Prime Minister

said earlier this month. The tests, which will be voluntary, don’t give immediate results but are more accurate than antigen tests.

Swab is inserted roughly one inch into each nostril and rotated.

Sample is inserted into opening of test card.

Six drops of solution are added.

If negative, class can start.

Antigen tests have often been criticized for their lower sensitivity compared with lab-conducted PCR tests, which are highly accurate but take more time to produce a result. Yet researchers say there is growing evidence that frequent antigen testing can help identify the most infectious cases and help contain contamination within large groups.

Two recent reports commissioned by the Rockefeller Foundation found that weekly antigen testing of students and staff in K-12 schools could reduce infections in schools by 50% but warned of the logistical, regulatory and financial hurdles in implementing them. Less frequent screening or the testing of staff only would add limited value, the reports found.

There are still many question marks over how well such tests perform when self-administered and how accurate they are on people who are infected but have no symptoms. Austria’s Agency for Health and Food Safety found that their sensitivity—how accurate a test is in identifying cases and avoiding false negatives—decreased from more than 93% in Covid-19 patients with heavy symptoms to 40.7% for asymptomatic carriers.

“They don’t hurt, and no one is scared of using them,” said

a microbiologist at the University of Vienna who oversees a rolling survey of infections in Austrian schools. But he said the tests are also less accurate when applied to apparently healthy children, who are precisely “the ones being tested as only healthy children go to school right now.”

from the Foundation for Innovative New Diagnostics, a nonprofit in Geneva that evaluates the performance of Covid-19 antigen tests, said that while performance does appear lower in asymptomatic people, the tests are still quite accurate in identifying those with high viral loads, who are particularly infectious irrespective of the presence of symptoms.

Early research on self-administered tests also shows that users are able to relatively accurately collect their own sample if instructions are clear, she added.

Of 1.3 million tests across Austria last week, 364 children and 172 teachers were positive. Officials said the low rate could be because the children were emerging from a monthslong lockdown, but some scientists considered the possibility that children weren’t collecting samples correctly. Scientists say Austria’s school survey, which will resume next month and uses PCR tests on gargle samples, should provide more clarity.

Health officials warn parents and students that negative tests shouldn’t lull them into a false sense of safety as they just provide a snapshot of a person’s infectiousness on a given day. They should continue to adhere to other safety measures, such as mask wearing and distancing. In Austria, classes of older children operate in a shift system to reduce infection risks and children from the age of 14 have to wear FFP2 masks, known in the U.S. under the designation N95.

So far, parents and teachers have embraced the testing offer, with only 1% to 2% refusing to let their children participate, according to the education ministry. Teachers also feel safer at work, said

a teacher representative in Vienna.

principal at a large elementary school in Vienna, said he decided not to worry too much about how accurate the tests are. “It’s still better than not having any tests because what is clear is that we need to get kids back in the classroom.” 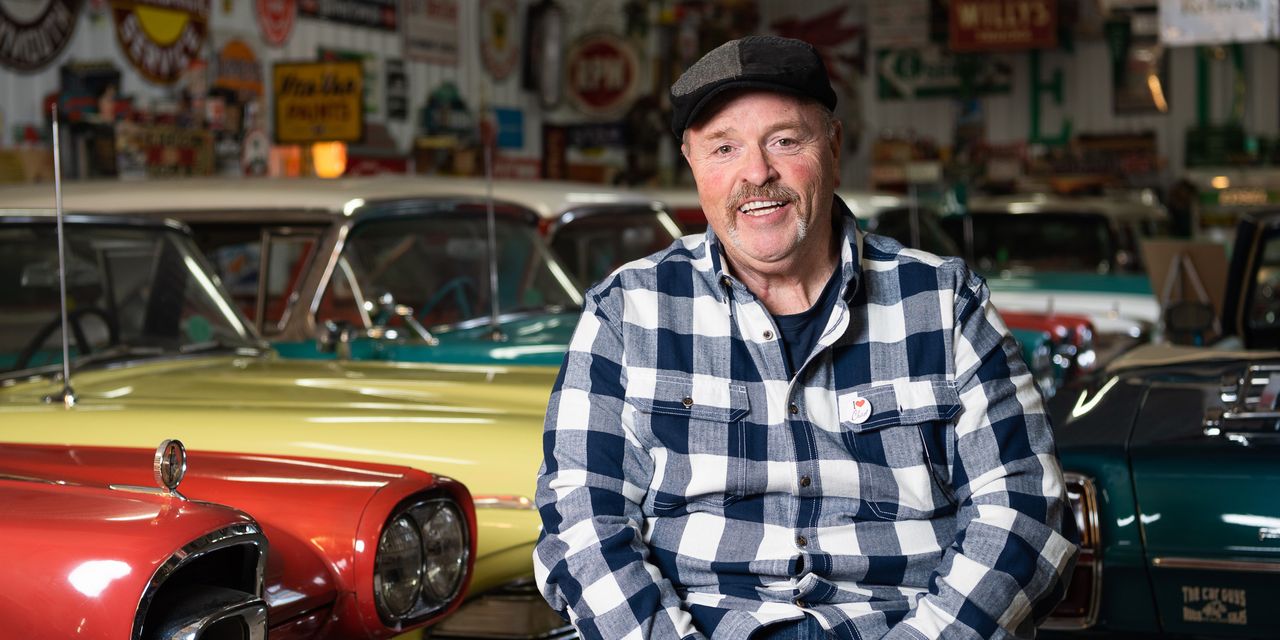 Some People Buy Vintage Corvettes or Mustangs. He Collects Edsels.