SRINAGAR: An outward calm amid limited protests was seen on the streets of Srinagar, the main city of Kashmir, on Friday, as the region marked three years since the Indian government stripped it of its constitutional semi-autonomy.

On Aug. 5, 2019, New Delhi revoked the special autonomous status of Jammu and Kashmir granted by Article 370 of the constitution, and split the state into two federally-governed territories, promising security and reform.

The article had for seven decades been the basis of India’s complex relationship with Jammu and Kashmir — part of the larger Kashmir region, which has been the subject of international dispute since the 1947 partition of the Indian subcontinent into Hindu-majority India and Muslim-majority Pakistan.

Both countries claim Kashmir in full, and rule in part.

Article 370 allowed the Muslim-majority region to have its own flag, the freedom to make its own regulations on permanent residency, ownership of property, fundamental rights, and to bar Indians from outside the state from settling there.

I want to warn the people of this nation that the ruling party will completely destroy the Indian constitution the way they have done with the Kashmir’s constitution.

Its abrogation was followed by a total communications blackout, severe restrictions on freedom of movement, and the detention of hundreds of local political leaders — some of whom still remain in prison.

Thousands of additional troops have also been sent to the region, the world’s most militarized zone, where over 500,000 soldiers were stationed before 2019.

For the past few years, Aug. 5 has been marked by protests, strikes, lockdowns and heavy security deployment, but on Friday most business establishments, schools and offices remained open.

A local leader and spokesperson of India’s ruling Bharatiya Janata Party, Dr. Hina Bhat, told Arab News the lack of major incidents on Friday was a sign that the scrapping of Article 370 has been accepted by the population.

“The very fact that nothing happened on Aug. 5, and people opened their shops, shows that people have accepted the government’s decision to abrogate the special status of Kashmir,” she said. “They want to move ahead in life.”

But in Srinagar’s Lal Chowk, the city’s commercial hub, shopkeepers said they were not allowed to close their shops.

“The administration called the traders association president and told him that the shops should remain open on Aug. 5,” Ibrahim Dar, a trader in Lal Chowk, told Arab News.

Though others refused to talk, Bashir Ahmad, president of the Lal Chowk Traders’ Association, said that “people are scared and afraid to say this is true.”

A senior police officer in the area declined to comment when approached by Arab News.
Local leaders, some of whom tried to hold a protest in Srinagar on Friday, said there is no acceptance of the change.

Mehbooba Mufti, the former chief minister of Jammu and Kashmir who heads the People’s Democratic Party, tried to lead a protest march in the morning.

“I want to warn the people of this nation that the ruling party will completely destroy the Indian constitution the way they have done with the Kashmir’s constitution.”

Mohammed Yousuf Tarigami, a senior political leader and the convenor of People’s Alliance for Gupkar Declaration — a political alliance between several regional parties in Jammu and Kashmir campaigning to restore its special status — said the silence and outward calm on Friday should not be taken as acceptance.

“It is forced silence,” he told Arab News.

Altaf Hussain, former BBC journalist and political analyst in Srinagar, said that the calm was only superficial.

“There is a resentment. People have not reconciled to the abrogation of the Article 370, they are still shocked and they are putting up a passive resistance.” 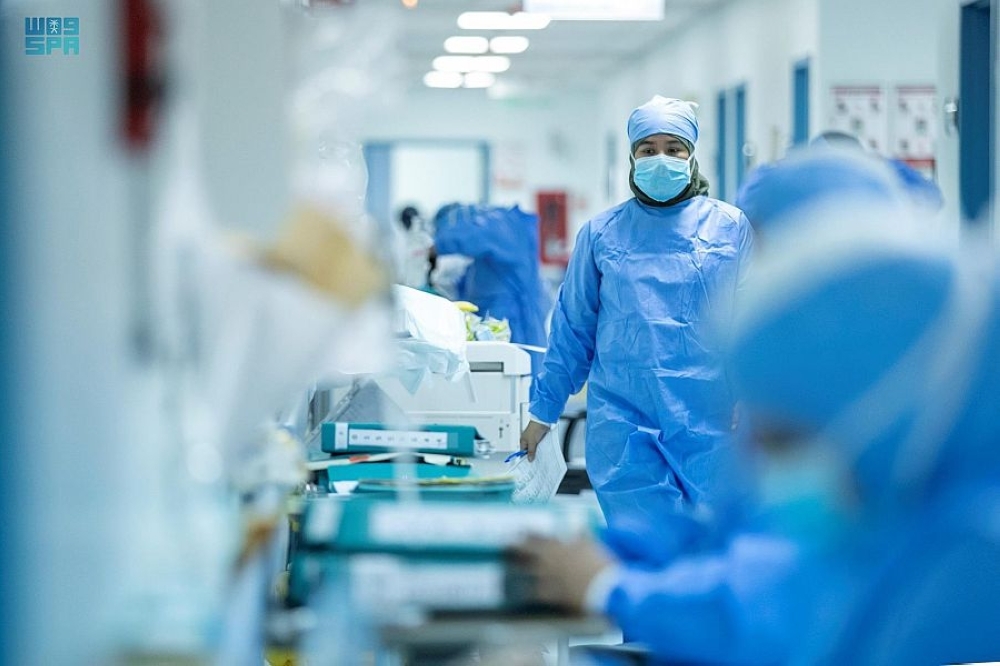 1029 cases of corona and 6 thousand beneficiaries of recovery clinics