A special agent in the US Capitol Police’s Protective Services Bureau has been accused of revealing information about the secret location that lawmakers were taken to during the Capitol riot on 6 January.

The agent could face disciplinary action because of the supposed improper dissemination of information, according to McClatchy.

The reported allegation came after the agent spoke to a friend about a week after the insurrection, in which a pro-Trump mob stormed the USCapitol to stop Congress from certifying President Joe Biden’s election victory.

During the conversation, the special agent allegedly shared information about the lawmakers’ secret riot location to which he helped evacuate members of Congress on 6 January during the siege of the Capitol.

In the internal investigation documents obtained by McClatchy, the friend is referred to as “Anonymous”. The friend called the FBI tip line to report the conversation and shared their concerns that the agent believed in election conspiracy theories boosted by former President Donald Trump.

The documents show that in a follow-up interview with Capitol Police, the friend said: “I don’t want to report a friend of forty years but he says enough concerning statements that I feel like I need to do this … he’s just fallen into this cult and these beliefs.”

The agent said he didn’t agree with the cause of those who stormed the Capitol, but said he might have unintentionally shared information about the secret, secure location that lawmakers were taken to as the mob closed in.

“I can’t say one hundred per cent that I didn’t do what you’re telling me I did,” the agent told investigators, according to McClatchy.

The internal investigation documents also show that a Capitol Police officer told investigators that he posed with a rioter for a selfie during the siege so that the member of the mob could be identified at a later time. The officer, who is facing disciplinary action, didn’t tell his supervisor of the plan, nor did he tell the FBI or the Capitol Police’s investigations unit.

The officer finally notified his superiors of the supposed scheme when the FBI contacted the Capitol Police about the officer’s image being used in posts on Facebook. The FBI was using the social media posts to obtain an arrest warrant.

The officer’s name is redacted in the documents and is one of six who could be disciplined for their actions on 6 January. The recommendations for disciplinary actions were made after internal investigations by the Office of Professional Responsibility. Three of the cases involved officers posing for photos with rioters.

The six recommendations for action stemmed from 38 internal investigations, with many of the dismissed cases involving officers investigators were unable to identify.

The officer told investigators that he posed for the photo to “keep the situation calm”.

“I can’t help what they do. If you want to take a photo, I’m not going to say no because we are always told to interact and keep the situation calm,” he said.

“His actions were inappropriate under the circumstances, and reflected negatively upon himself as a representative of the Department,” investigators said.

“The Department is committed to accountability when officers fail to meet the standards governed by USCP policies and the Congressional Community’s expectations,” US Capitol Police said in a statement on Saturday. “The six sustained cases should not diminish the heroic efforts of the United States Capitol Police officers.” 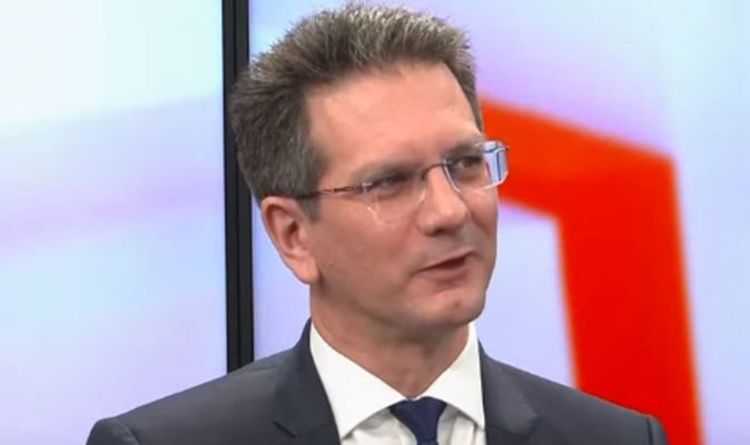 Aukus proves brexit Britain is a success without EU ‘Capable of doing things on our own!’ | Politics | News