Elected with the support of President Jair Bolsonaro, the new command of the Congress approved in about seven months 46% of priority proposals in the economic field, but agendas that feed the PocketNAlist base, such as flexible carrying and possession of weapons, remain without perspective to get off the paper.

One day after Arthur Lira (PP-AL) took office as president of the Chamber and Rodrigo Pacheco (DEM-MG) took over the Senate, in February, they were received by Bolsonaro in an audience at the Palácio do Planalto.

In the end, they received a list of 35 priority projects for the government — which opposition members interpreted as a sort of bill for public support for their election.

In addition to tax and administrative reforms, the list of priority projects included the proposal for Central Bank autonomy and other items on the agenda of Economy Minister Paulo Guedes, to unlock the country’s growth.

At the same time, there were in the printed material delivered by the president projects to please the Pocket Narist ideological base, such as the one that expands the possession and carrying of weapons, an exclusion of illegality for military personnel in operations to guarantee law and order —a proposal for relaxation the penalties for agents who commit excesses in actions—and another that increases the penalty for child abuse.

Party leaders in both Houses point out that part of the resistance to the proposals so far was the result of the conflicting relationship that Bolsonaro has had with the other Powers.

The crisis peaked during the September 7 holiday, when Bolsonaro raised tension to stratospheric levels by threatening STF (Federal Supreme Court) ministers, claiming that he would not comply with Alexandre de Moraes’ decisions and bluffing that he would call a meeting of the Council of the Republic.

After the holiday, however, he released a rhetorical note stating that he had no intention of attacking the other Powers and paved the way for a more collaborative relationship.

Due to this tense situation over the months, progress was made only in measures in which the government’s interests were already expressed by Congress.

In the economic field, for example, there were few setbacks. The Bolsonaro government had a Congress that claims to be reformist, with a record of approving unpopular measures, such as the Social Security reform, in 2019.

In about seven months, 11 of the 24 priority agendas of the Economy were sanctioned or promulgated. One of the great achievements in this period was the promulgation of the Emergency PEC, a proposal to amend the Constitution that created fiscal adjustment mechanisms for the Union.

The text, which incorporated part of another priority agenda, the Funds PEC, had the open support of Pacheco, who acted directly to advance the proposal born in the Senate.

Much of the support received was also in what the opposition considered blackmail: as the entire country was pressing for a new round of emergency aid, Guedes’ team made the granting of the benefit conditional on the approval of the PEC.

In another great victory, the government managed to approve the provisional measure that paves the way for the privatization of Eletrobras, breaking the strong resistance in Congress in relation to the issue. The autonomy of the Central Bank, a milestone for startups and the new Gas Law, also became law.

On the other hand, there is little time left to approve the government’s other two important economic projects: tax and administrative reforms.

Both Lira and Pacheco publicly acknowledge that the window for voting on structuring agendas closes in November because of the anticipation of electoral discussions.

Early in their terms of office, Pacheco and Lira even established a timetable that included the approval of the PEC for the tax reform in the two Houses by October.

“It is a maturation that we will do during February, together with President Arthur Lira, and we have a forecast that we can complete the tax reform in the National Congress in six to eight months,” said Pacheco in early February, after a meeting with the deputy at the official residence of the Senate.

The proposal to vote on a PEC that would simplify the country’s tax framework foundered, and the government chose to slice up the changes.

In early September, the Chamber approved the first phase of the tributary, which provides for changes in the Income Tax and the taxation of dividends. In the Senate, however, the proposal faces resistance. Pacheco himself and leaders insist on voting for a PEC with more substantial amendments.

The administrative reform, on the other hand, should come out of the special committee in the Chamber this week, but with no prospect of a vote by the plenary yet.

In the Senate, the government was betting on the approval of four proposals by the end of September — three of them are in the priorities sent in February: BR do Mar, the railroads framework and the legal exchange framework.

“Projects that are vital for the resumption of economic growth will certainly be considered in the National Congress,” said Senate government leader Fernando Bezerra (MDB-PE).

However, even these proposals face resistance. The bill that creates the BR do Mar, encouraging coastal shipping, does not have a consensus. After several comings and goings and changes to the text, Nelsinho Trad (PSD-MS) presented his report to the Committee on Economic Affairs this Tuesday (14), but there was a request for a review and the measure was not voted on by the committee.

The railroads framework is at a more advanced stage, but an action by the government itself ended up blocking the progress of the proposal.

Planalto sent its own MP with its points of interest, but there was a reaction with the Economic Affairs Committee approving a request asking Pacheco to return the text to prioritize the Senate matter.

The expectation was for an agreement next week, for the Senate to vote on its own proposal, but incorporating some demands from the Ministry of Infrastructure.

Rapporteur Jean Paul Prates (PT-RN) has already delivered four versions of his text, the first in October 2019. Now, he should present a new opinion next week and is expected to be included in the plenary’s agenda this month.

“Obviously, we are no longer dealing with the issue of the provisional measure, since there is no need to run over the work that is being competently carried out in the Senate”, says Prates.

The next few months present themselves as a question mark when it comes to projects of interest to the government. The decrease in tension between the Powers gave breath to government leaders to start discussing an approval agenda, giving priority to the proposal that changes the Income Tax rule, the privatization of Correios and a new exchange rate framework.

However, there are doubts about whether the truce will last. A new intensification of the institutional crisis sponsored by Bolsonaro should make life even more difficult for the government in the Senate, especially for projects that cater to the Pocketnarist base and are outside the main discussions in the two Houses.

For the vice president of the Chamber, Marcelo Ramos (PL-AM), the lack of progress in the proposals among the deputies is a “sign that the Chamber has judgment and behaves as a restraining brake, having a sense of the priorities of the country that the president does not have”.

“The largest bench in the Chamber is the bench committed to reform and fiscal balance in the country,” said Ramos.

“I don’t think it’s possible to deny that President Arthur Lira has given more agility to the agendas, not least because the conflict with the Executive is less. And more matters have been approved, but those of an economic nature,” he added.

In the Chamber, one of the texts that tried to get off the paper, but saw efforts slow down, is the one that regulates home education. Under the rapporteurship of Deputy Luisa Canziani (PTB-PR), the expectation was that the opinion would be taken to the plenary by the end of the first semester, which did not happen.

The topic will be discussed this week at a meeting with the government, which criticizes some measures suggested by the rapporteur.

Bolsonaro’s allies want, for example, to free parents from the requirement to present a criminal record or the need for an evaluation of their children. Without an agreement, there is no deadline for it to be considered by the plenary.

Other texts, such as the one that makes the possession and carrying of weapons more flexible, remain at a standstill, with no advance forecast. There are two proposals to deal with the topic, one in each House. In the Senate, the proposal is in the hands of a pocket narist, Marcos do Val (Podemos-ES).

Initially, the rapporteur pointed out that the issue had lost its timing due to the pandemic, when Congress began to have other priorities.

However, party leaders and Pacheco’s allies still resist the initiative and intend to keep it in the drawer. In the Chamber, there is no sign that the text that expands the carrying of weapons will be voted on in the short term.

The difference in pace in the voting of bills in the Senate generated, at the end of August, friction between the two presidents. Lira said that the Chamber was fulfilling its role and was leaning on the projects and said that it was necessary to ask Pacheco why the texts were not moving forward in the neighboring house.

“The system is bicameral precisely so that there are checks and balances, checks and measures. But it is important for the Senate to take a stand in this regard,” stated the deputy.

Pacheco denied any discomfort and declared it natural that “the Senate and the Chamber have divergences in points of view when considering matters.”

Priorities of the Bolsonaro government in Congress

came out of the paper

They didn’t come out of the paper 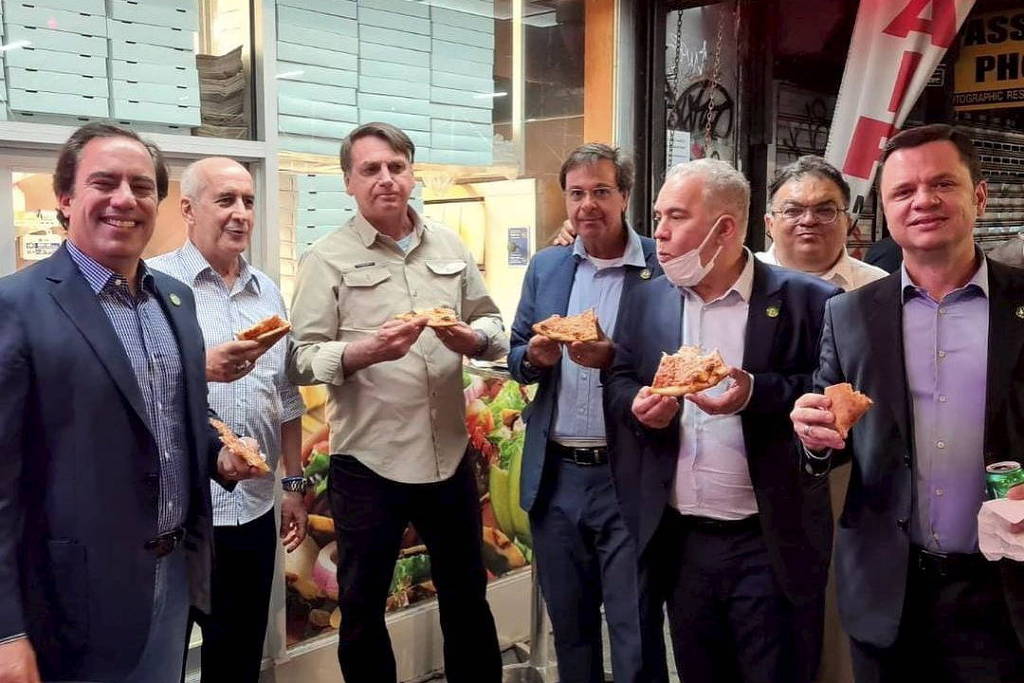 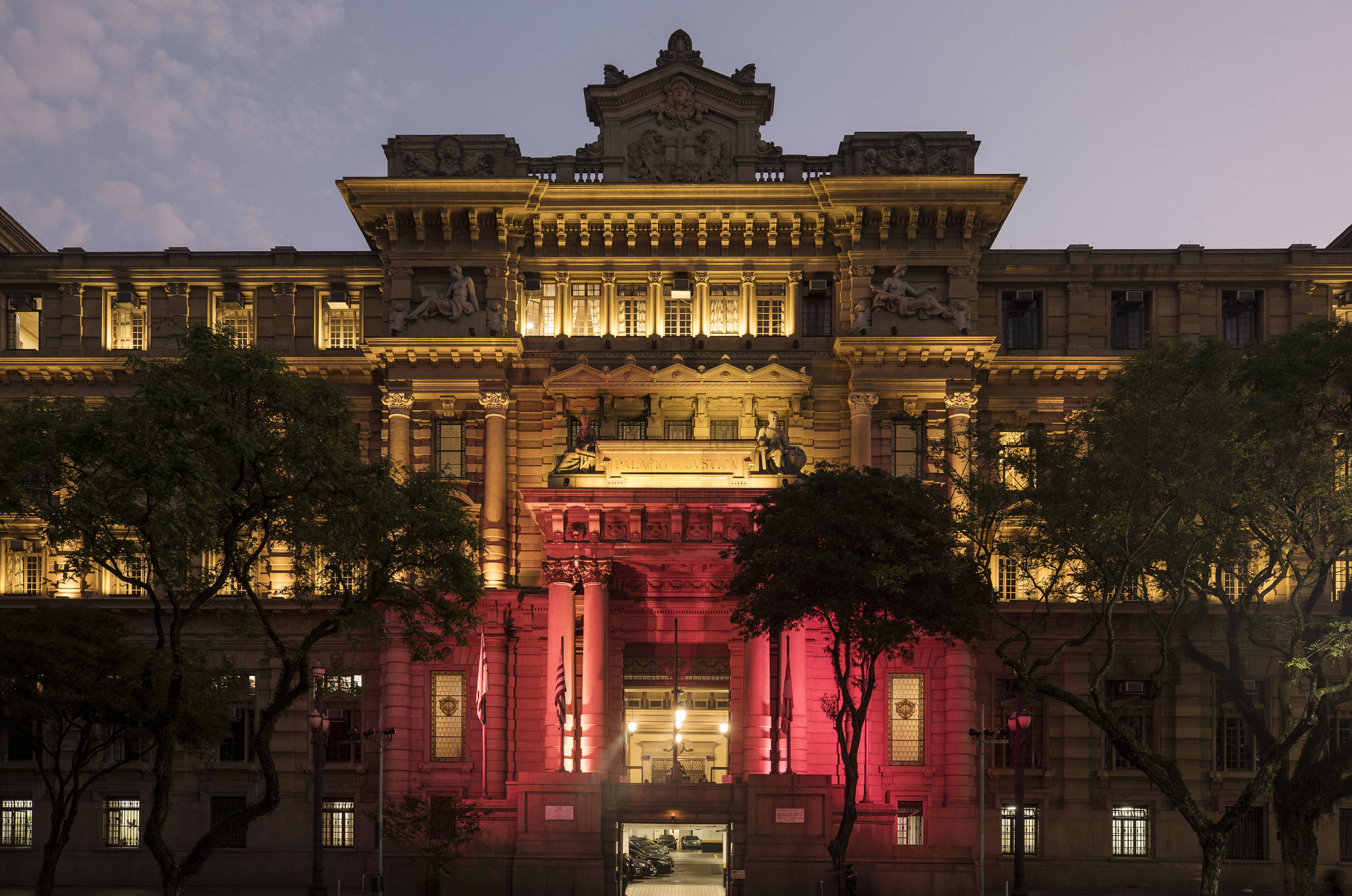 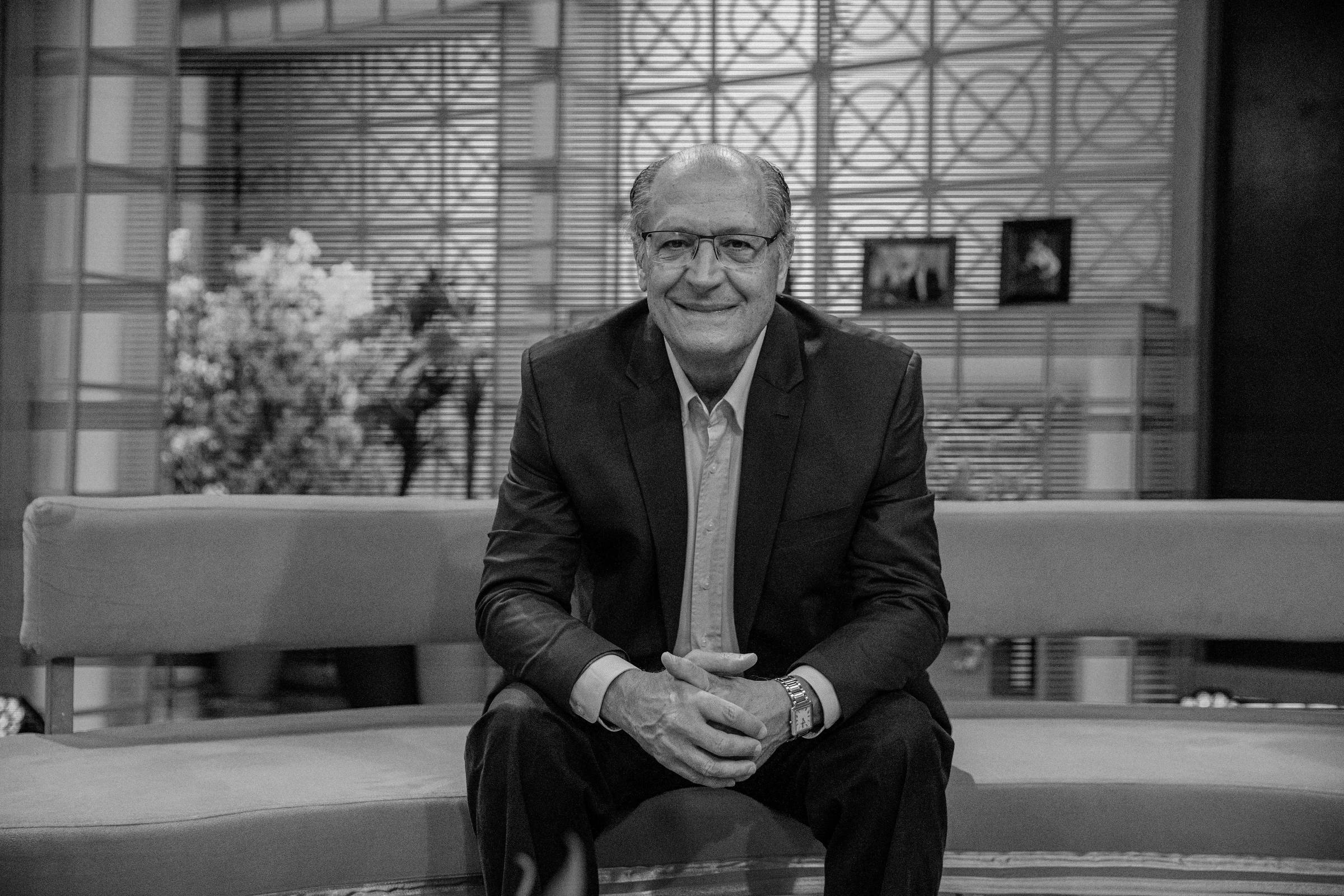 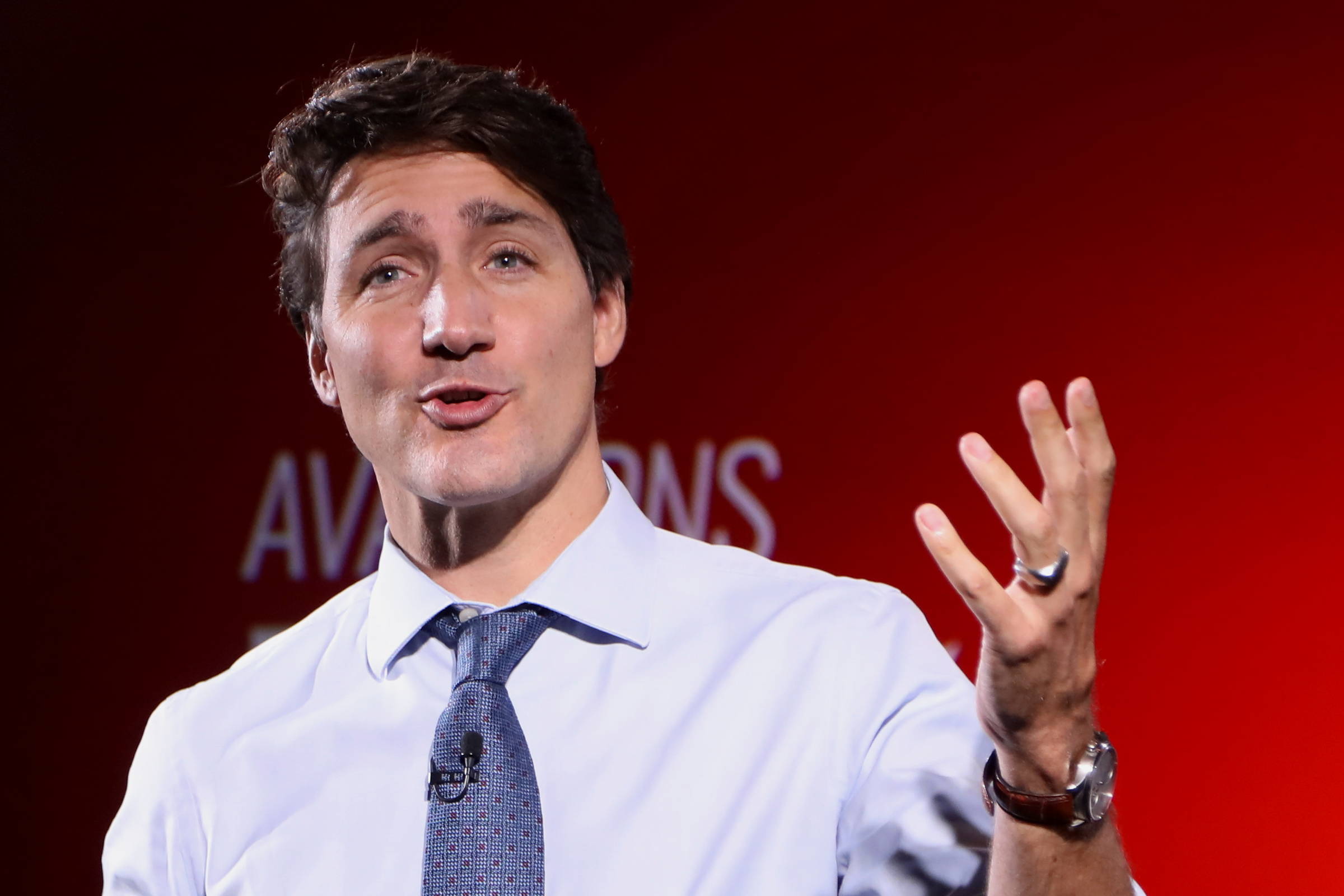