The Director General of the International Atomic Energy Agency, Rafael Mariano Grossi, arrived in Iran on Saturday evening to hold talks with Iranian officials about their nuclear program, according to a tweet by Iran’s envoy to the agency, Kazem Gharibabadi.

Grossi tweeted last Thursday, saying that he would travel to Tehran to find a mutually acceptable solution that complies with Iranian law so that the IAEA can continue basic verification activities in Iran.

This step came after reports indicated that Iran had informed the International Atomic Energy Agency of the United Nations that it would significantly reduce cooperation with the organization, according to Iranian Fars agency.

The official Iranian News Agency (IRNA) said that Grossi’s visit is the second to Tehran since he took office, at a time when the countdown began to the expiration of the deadline set by Tehran, which is February 23, to stop the implementation of the additional protocol and stop the additional inspections by the agency of Iran’s nuclear facilities.

In light of the tensions, the Iranian army unveiled on Saturday new defense systems developed in the country, and the commander of the Iranian army’s air defense forces, Ali Reza Sabahi Fard, indicated in a speech delivered during the unveiling ceremony about new achievements in the Research and Self-Sufficiency Jihad Organization in the Anti-Corps Corps. The air force, to the new Bahman radar system, describing it as “unique and unrivaled.”

The official emphasized that Iranian forces can practically use this system as of today, adding that it is especially distinguished by its ability to work while inactive, and to monitor flying objects flying at very low altitudes, such as drones, including very small flying objects.

This comes at a time when a spokesman for the US State Department said that Washington will continue to persuade countries to stop selling weapons to Iran, and State Department spokesman Ned Price announced that regardless of the form of the United Nations sanctions on Iran, his country will continue to use its powers to persuade other countries to reverse Selling weapons to the Iranians.

At the Munich Security Conference, Friday, US President Joe Biden called for the need to address Iran’s destabilizing actions in the Middle East.

Biden said, before the Munich Security Conference held via the Internet, that his administration is ready to re-engage in negotiations with the UN Security Council on Tehran’s nuclear program.

“We have to deal with Iran’s destabilizing activities across the Middle East,” he added. We will work with our European partners and others as we move forward. ”

Amid all this, White House spokeswoman Jane Sackey confirmed during an interview on Air Force One Friday that President Joe Biden’s administration did not expect additional steps, such as lifting sanctions, to be taken before diplomatic talks with Iran.

And whether the United States plans to conduct direct talks with Iran and not only through the European mediation channel, the White House said, according to its spokesperson Jane Psaki: “This is the channel that we have used in the past .. This is the diplomatic channel in which we expect to move forward.”

“We certainly have persistent concerns about our lack of vision and what path they should take for a nuclear weapon,” Sacchi said.

The White House said that the US administration had accepted a European offer to mediate in dialogue with the Iranian side, after US Secretary of State Anthony Blinken informed Britain, France and Germany that the United States is ready to negotiate with Iran on the return of the two countries to abide by the nuclear agreement signed in 2015, which aims to prevent Tehran. From developing a nuclear weapon.

Iran did not wait for any solutions to announce its intention, until the Iranian Foreign Minister, Muhammad Javad Zarif, criticized Israel’s efforts to expand the Dimona nuclear research site in the Negev desert.

Zarif wrote in a tweet that “Israel is about to expand Dimona, the only nuclear bomb manufacturer in the region.”

In his tweet, Zarif sent notices to the accounts of US President Joe Biden, British Prime Minister Boris Johnson, French President Emmanuel Macron, and German Chancellor Angela Merkel, asking them to comment on the matter.

Addressing these leaders, he added, “Are you deeply concerned? Are you a little worried? Do you want to comment? This is what I thought! ”, Referring to the leaders’ silence about Israel’s expansion of its nuclear center.

Satellite images confirmed that Israel is carrying out concrete new construction work at the Dimona center, as the International Panel on Fissile Material (IPFM), a body that includes nuclear experts from 17 countries, on Thursday released images taken by a satellite on the fourth of last January, confirming that Israel It is working to significantly expand the Dimona site, according to the Palestinian Ma’an News Agency.

The Dimona reactor’s role in Israel’s secret nuclear program was first revealed in 1986 by the Israeli nuclear expert, Mordechai Vanunu, who was a former employee at this site and left Israel for Britain. 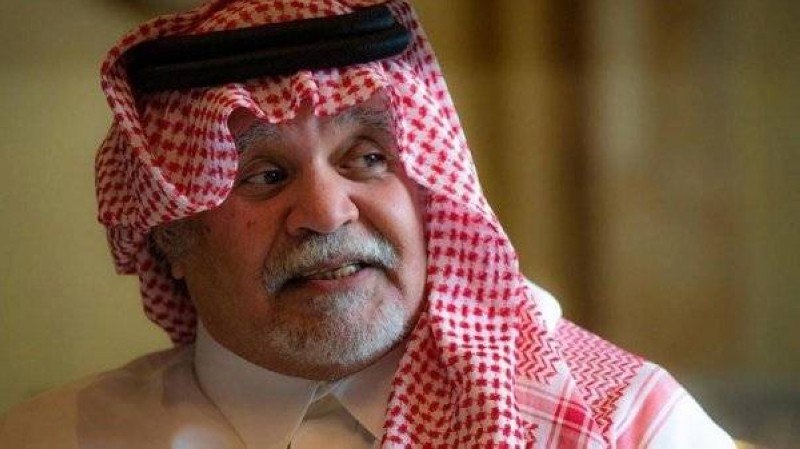 Bandar bin Sultan: The Khashoggi case is now closed … and the “CIA” report is an evaluation, not evidence – Saudi News