A flurry of emissions pledges around the COP26 climate summit will likely do little to slow global warming, the UN said Tuesday, calling on nations to sharply accelerate their greenhouse gas cuts this decade.

Nations have presented a range of new and enhanced commitments – including a vow by India to be carbon neutral by 2070 — in recent weeks as the UN climate summit sets its sights on limiting temperature rises to 1.5 degrees Celsius.

Countries came in to the negotiations far off target, with national emissions-cutting pledges – known as nationally determined contributions, or NDCs — put Earth on course to warm a “catastrophic” 2.7C this century.

And a fresh assessment of their new pledges by the UN Environment Programme (UNEP) found the outcome was “very similar”, largely because the most ambitious emissions cuts are envisaged after 2030.

The report highlights the challenges facing climate negotiations, given the yawning gap between the emissions cuts needed this decade to keep warming to 1.5C and the continuing increases in greenhouse gases pumped into the atmosphere.

COP26 President Alok Sharma said it shows that “there has been some progress but clearly not enough”.

“What we have always said is that we want at this COP to able to say with credibility that we are keeping 1.5 alive, and that’s what we will be working at over the next few days,” he said on Tuesday.

Experts have said several new pledges at COP26 could have a significant effect, including India’s net-zero commitment and an international agreement to cut 30 percent of global methane emissions by 2030.

These have given rise to a number of recalculated global warming projections.

To keep in line with 1.5C, emissions must instead fall 45 percent by then.

A protestor during a protest in Cardiff, as part of a global demonstration over climate issues as the COP26 Summit goes on.

International Energy Agency executive director Fatih Birol said last week if all the pledges were implemented in full and if nations swiftly slashed their emissions then heating could be limited to as much as 1.8C.

But more recent calculations have come in higher.

Looking at just the national plans and announcements, UNEP said they would likely save 500 million tonnes of carbon pollution by 2030.

But it said that, taken together, all current national emissions-reduction plans would still see warming of 2.7C by 2100.

When other net-zero action – such as carbon offsets and reforestation – were factored in alongside decarbonisation efforts the warming estimate was 2.1C.

“We are not where we need to be and we need to step up with much more action,” said UNEP executive director Inger Andersen.

“At this point, when we look at what has come in in the additional pledges frankly, it’s an elephant giving birth to a mouse.”

UNEP’s assessment came on the same day as a similar analysis by the think tank Climate Action Tracker (CAT), which said that if countries fully implement their short-term emissions goals, global heating could be limited to 2.4C this century.

The CAT calculation is based on a 50% probability of hitting a given temperature, whereas UNEP’s is a more conservative 66 percent.

Teresa Anderson, Climate Policy Coordinator ActionAid International, said the report was “the strongest evidence yet that too many net zero targets aren’t worth the paper they’re written on”.

The latest report came as a who’s who of US political heavyweights arrived to underscore America’s recommitment to the UN climate process, after former President Donald Trump pulled the country out of the Paris Agreement.

“We come here equipped, ready to take on the challenge and meet the moment,” said Nancy Pelosi, Speaker of the House of Representatives, a day after ex-President Barack Obama told the conference that he understood why young people were “frustrated” with climate inaction.

“This is all about the children. Leaving them a world where they can be healthy, most secure, and more in reach of their fulfilment,” Pelosi said. 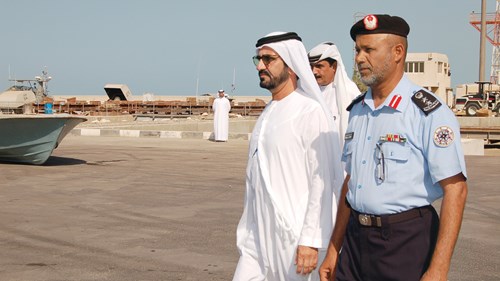 Mohammed Rashid Al-Fattan: The UAE is qualified to become a global center for the shipbuilding industry

Because of Omicron, Israel prevents entry of foreigners from all countries