A senior federal minister has blasted Annastacia Palaszczuk for her handling of the coronavirus pandemic in Queensland.

Deputy Nationals Leader David Littleproud has doubled down in his attack on Queensland Premier Annastacia Palaszczuk over her management of the coronavirus pandemic.

Mr Littleproud, whose vast Maranoa electorate covers much of southwestern Queensland, said on Monday it was time for the Labor premier to open the state’s borders and “let us out”.

“It’s time now for this nation to come back together, to move on. We’re going to have to live with this thing,” he told the ABC.

“And so I just say to those premiers, it’s now time for you to lead, to show that federation hasn’t failed us, that it can work, and follow the other premiers (in NSW and Victoria) that have led the way.”

The Palaszczuk government has committed to opening its state back up to vaccinated travellers from NSW, Victoria and the ACT from next week.

It has said from December 17 vaccinated travellers will no longer need to quarantine at home for a fortnight after entering Queensland.

Ms Palaszczuk and her team have been warning Queenslanders they need to get vaccinated before the virus “comes to Queensland”.

Queensland been relatively free from the virus for months apart from a few intermittent clusters that have been contained and not become major outbreaks.

But its Covid-19 vaccination rates have lagged behind much of the country, with 65.7 per cent of the over 16 population double-dosed compared to 89.4 per cent in NSW.

Mr Littleproud doubled down on his claims that Ms Palaszczuk has been “asleep at the wheel” and accused her and outgoing chief health officer Jeannette Young of destroying confidence in the AstraZeneca vaccine.

“Granted the premier has done a good job in keeping (the virus) out and keeping people out of this state. But unfortunately, we’re now paying the price,” he said.

“We look at other states, particularly Tasmania and South Australia, who haven‘t had the lockdowns that NSW and Victoria had and have still got higher vaccination rates (than Queensland) and done an outstanding job.”

South Australia and Tasmania, both of which are led by Liberal premiers, also have their borders closed to states with active Covid cases. 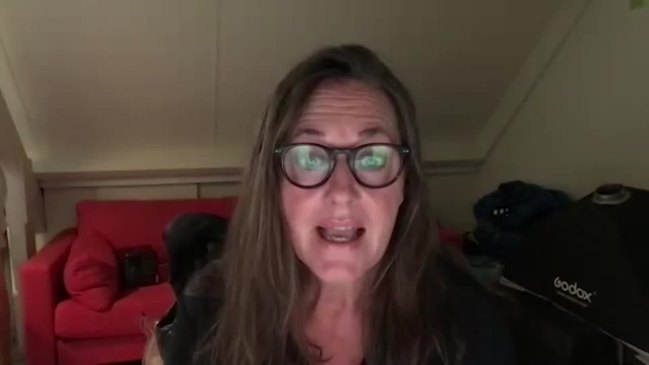