‘What was she doing? And everything she touches turns to …. ‘ he told an audience of conservatives in Dallas, Texas, who filled in the gap with an expletive.

‘She fails. The women brings chaos,’ he said adding that she had given China the cover it needed to flex their muscles.

‘She played right into their hands, because now they have an excuse to do whatever they’re doing,’ he said.

‘And I will tell you it would have never ever happened in a million years under Trump, I can tell you.’

Donald Trump blasted Nancy Pelosi’s trip to Taiwan in a speech on Saturday evening. ‘She fails. The women brings chaos,’ he said, saying she had played into China’s hands

Trump spoke before an audience of supporters on the final evening of the Conservative Political Action Conference in Dallas, Texas

He was the star turn at the Conservative Political Action Conference on Saturday evening.

His speech was packed with his greatest hits – bashing Pelosi, calling for the National Guard to provide law and order in crime-hit cities, and sentencing drug dealers to death.

His audience of red-blooded conservatives lapped it up, chanting ‘U.S.A’ as he took the stage.

Earlier he received a boost when attendees voted him their pick for the 2024 Republican nomination.

He delivered a stark message of a failing nation as he fired up his base for November’s midterms.

‘What we do in the next few months and the next few years will determine whether American civilization will collapse or fail, or whether it will triumph and thrive like never before,’ he said.

‘This is no time for complacency. We cannot be complacent. We have to seize this opportunity to deal with the radical left.’

He also dangled the possibility that he will run again in 2024.

‘I ran twice. I won twice and did much better the second time than I did the first getting millions and millions of more votes than in 2016 and likewise getting more votes than any sitting president in the history of our country by far.

‘And now we may have to do it again,’ he said to wild whoops of delight.

‘To win this November, this election needs to be a national referendum on the horrendous catastrophes the radical Democrats have inflicted on our country,’ he said.

‘The Republican Party needs to campaign on a clear pledge that if they are given power … they have to shut down the border, stop the crime wave beat inflation and hold the Biden administration accountable. They have to hold it accountable.’

Some of the biggest applause lines were related to law and order.

‘We need to return to the tried and true strategy of a thing called stop and frisk,’ he said.

‘We have to take the guns away from people that are criminals. Instead of taking guns away from law abiding Americans let’s take them away from the violent felons and career criminals for a change.’

He was among friends at a conference run by his close allies and filled with merchandise bearing his likeness or slogans.

He described the attendees as ‘the beating heart of the conservative movement.’

And he thanks them for delivering a straw poll win, that showed the majority of attendees wanted him to have the 2024 Republican nomination.

‘What was the last time somebody had a 99% approval, that’s pretty good, thank you everybody.’

The CPAC straw poll showed Trump strengthening his grip on the conservative grass roots. He increased his lead over second place DeSantis to 45 points since the last poll

If the merch is a measure, CPAC attendees are four square behind Trump

Britain’s Nigel Farage said Trump had lost 20lb and looked like he had lost the weight of the world from his shoulders. I believe Donald Trump is the man to go out there and fight on behalf of America and the Western world,’ he told an enthusiastic CPAC crowd

It was no surprise that he won the poll among a crowd of his supporters.

But it showed that the former president had increased his lead over nearest rival Ron DeSantis, the governor of Florida, since a similar poll was last conducted in February.

‘So you know how the mainstream media has been telling us his you know, influence in the party is waning,’ said pollster Jim McLaughlin as he unveiled the poll. ‘Not at all.

‘As a matter of fact, what’s happening is he’s more popular than ever.’

A day earlier he held a rally in Wisconsin where he claimed he was one of the most persecuted people in history.

‘We are standing up against some of the most menacing forces, entrenched interests, and vicious opponents our people have ever seen,’ he told supporters in Waukesha

‘A friend of mine recently said that I was the most persecuted person in the history of our country. When I thought about it, I actually felt that he may very well be right.’

Trump cited the Robert Mueller investigation into Russian collusion as evidence and added: ‘This could only happen to me. Who has been through anything like this? Seriously?’

He said that all he would have to do to make the persecution end was to ‘renounce my beliefs, if I agreed to stay silent, if I stayed home or if I stayed in my basement like Joe Biden did’.

However, he pledged to continue fighting for his supporters: ‘That’s what they want me to do and it would all be very nice. I’d have a very nice life. But I can’t do that and I will not do that because I love our country and the people of our country.

‘I love them so much. And I’m not doing this for me because I had a very good in luxurious life before entering the wonderful world of politics. I’m doing this for you and it’s my honor to do it.’

Speaking at the CPAC conference, his former strategist Steve Bannon said the legal battles were all part of the Democrats’ strategy.

‘They understand they can’t beat him at the ballot box,’ he said.

‘They’re coming after him with  death by 1000 cuts legally.

‘They’re trying to put him in jail to make sure he cannot run again in 2024 and be the rightful president he should be right now. 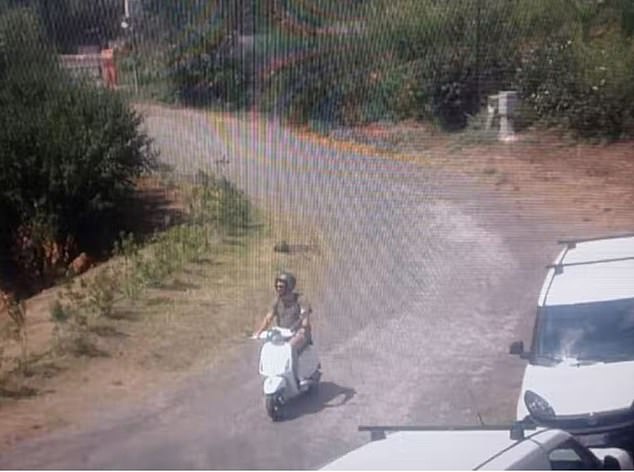 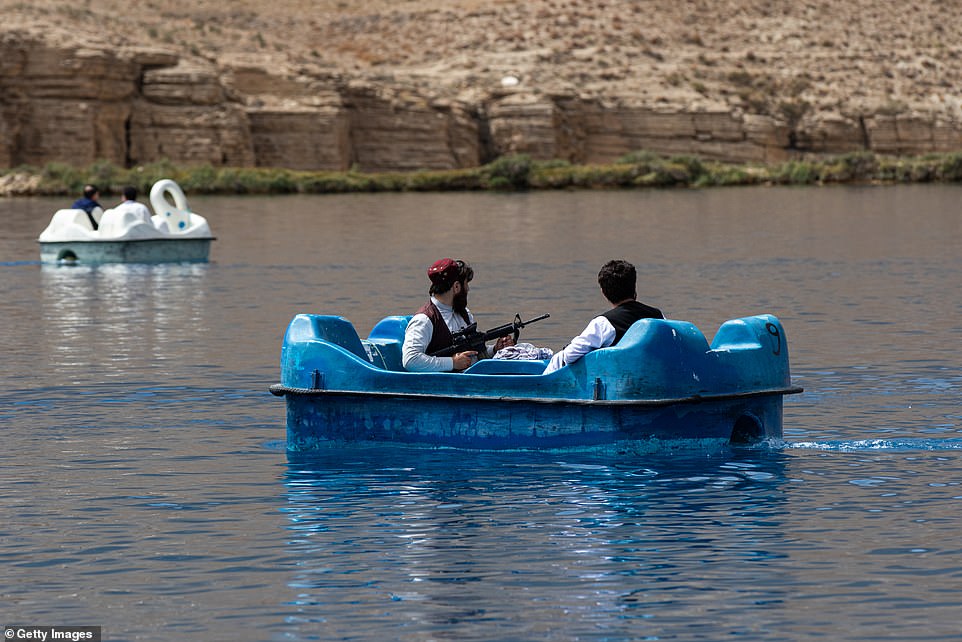 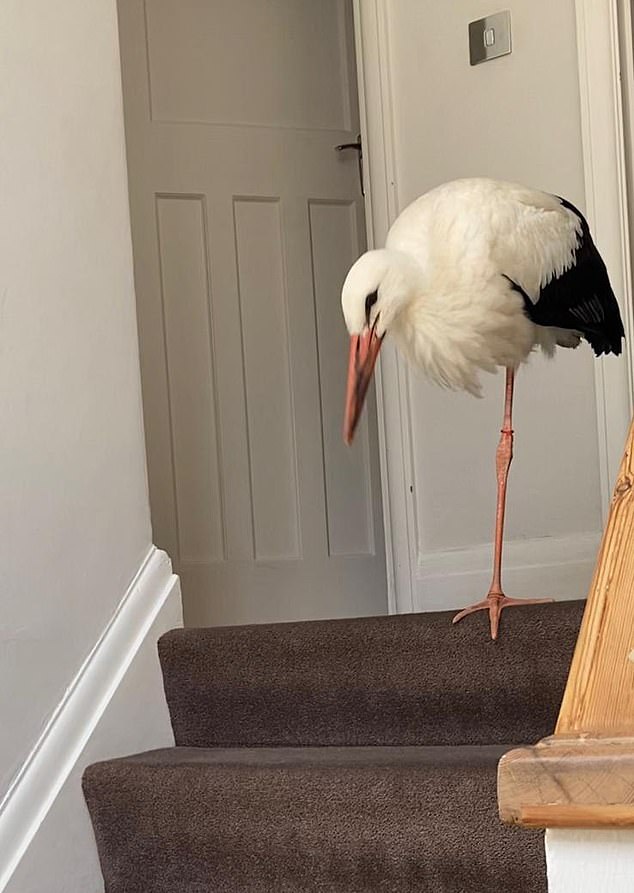 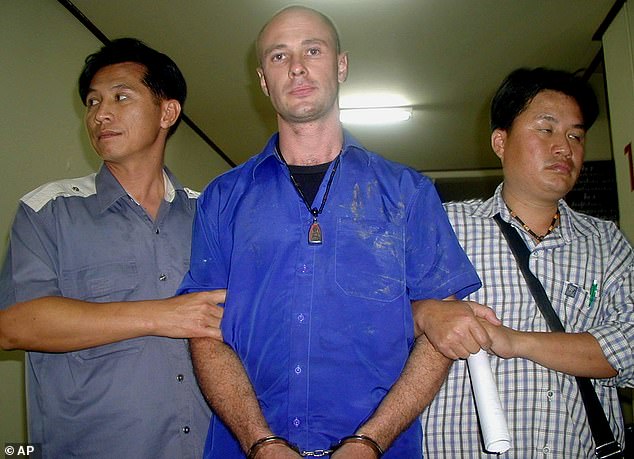