When she turned on the camera to participate in yet another virtual hearing, as she has done throughout the Covid-19 pandemic, lawyer Twane Hopner had no idea she would go through an experience she describes as traumatic.

Since the beginning of the pandemic, with the expansion of the use of videoconferences in hearings and trial sessions, a series of abuses has gone viral on social networks. There is still no definition about the continuity of this audience model in the coming years.

One of the cases that was much shared involved Hopner. On November 11, 2020, in a conciliation hearing at the 2nd Family and Succession Court of São Paulo, she defended Maria, a woman who was trying to reach an agreement with her ex-husband over a contentious sharing of assets. The customer’s name has been changed to protect her privacy.

During the two-hour session, assisted by the sheet, Judge Rodrigo de Azevedo Costa yelled at Maria, called her “someone” when he was accused by her of defending her ex-husband, and pressured her to accept a deal.

The magistrate also criticized the petition drawn up by Hopner in front of his client and called his professional performance into question.

When Maria wanted to go back on the agreement, understanding that it would no longer be beneficial to her, the judge adopted an aggressive posture and raised his voice. She then accepted the arrangement, telling Hopner: “Then divide the properties, since he [Costa] is defending him [o ex-marido]”.

The magistrate, in response, told the lawyer that “it would be very good at least for your client to apologize.” Maria did, but Costa repeatedly ordered her to apologize. “Do you know how much I studied so that someone could come along and say that I’m defending part of it?”, he said.

The judge also called the woman “mother” several times and suggested that she seek therapy. He also said that he had also gone through a separation, with financial expenses. During an exchange of pleasantries with her ex-husband’s lawyer, she stated that the marriage is not necessarily bad: “Maybe dying of fire could be worse.”

Throughout the hearing, Maria cried several times and, like her lawyer, had her speech cut off at various times by the magistrate.

“I felt like rubbish, naked, in the sense of shame, because he was putting me down, belittling my job as a lawyer,” says Hopner to sheet. According to the defender, her client was very shaken after the hearing and had to seek psychological help.

“It created such a hostile environment that she was psychologically forced to accept a deal in which she lost more than R$200,000, and she was still embarrassed in front of people she couldn’t get through. She went to the hearing feeling good, safe, and the judge destroyed her. It was sad to see, it hurt me a lot”, says Hopner.

This was just one of the magistrate-led hearings that went viral on the networks. In another, he stated that “if there is a Maria da Penha Law, I don’t care” and “one thing I learned in the life of a judge: no one harms anyone for free”. The case was revealed by UOL’s blog Papo de Mãe.

At the end of April, members of the Special Body of the São Paulo Court of Justice decided to remove Rodrigo de Azevedo Costa from his activities during the course of the PAD (disciplinary administrative procedure) opened against him. The judge’s defense told the report that he would not comment on the case at this time, as the procedure is ongoing.

After the court’s decision, Hopner filed a lawsuit against the state of São Paulo, representing two women who felt offended by the magistrate at the hearings.

The Organic Law on the Judiciary provides that it is the judge’s duty to “deal with urbanity to the parties, members of the Public Ministry, lawyers, witnesses” and to “maintain irreproachable conduct in public and private life”. Disciplinary penalties against magistrates are warning, censorship, compulsory removal, availability, compulsory retirement or dismissal.

The Code of Ethics of the Judiciary, on the other hand, observes that judges must act with courtesy and prudence, use “correct, polite, respectful and understandable language”, maintain an open and patient posture to receive arguments or criticism and preserve dignity, honor and decorum of their functions.

President of the National Commission for the Defense of Legal Prerogatives and Enhancement of the OAB (Brazilian Bar Association), Alexandre Ogusuku states that there is in the country “a belief that institutional corporatism solves everything, stifles everything”.

He says, however, that this situation should be reversed, as the recordings started to help in obtaining evidence to corroborate the complaints in the internal affairs offices. According to the lawyer, the “excess of authority” has always existed in the Judiciary, but before the virtual hearings, 90% of complaints were filed for lack of evidence.

“You couldn’t record the hearings, there were no audiovisual resources. Then came the pandemic and technological innovations, which have provided this sad spectacle for some of the Judiciary Power”, he says.

For lawyer Ana Carolina Moreira Santos, vice president of the Commission on Rights and Prerogatives of the OAB of São Paulo, more than a means of producing evidence, virtual hearings served to curb abuses during hearings and sessions.

“The authorities now violate the duty of urbanity less precisely because they know they are being recorded. In addition to helping to obtain the proof, it has a pedagogical function. Both for society, so that it has an understanding of the difficulties of the law, and for the authorities themselves, who now know that they are being watched”, he says.

Santos says that the violation of prerogatives happens to lawyers and lawyers, but emphasizes that in the case of women, the approach is different and involves contempt. “We have a situation where a lawyer used the floor a little more firmly, and the judge said that ‘she was angry and was very cute.’ It’s a kind of approach that male lawyers don’t take.”

Law 8906 (Statute of Advocacy) provides in Article 6 that there is no hierarchy or subordination between lawyers, magistrates and members of the Public Ministry, “all of whom must treat each other with consideration and mutual respect”.

Last year, 16 administrative disciplinary proceedings were opened at the National Court of Justice. Until September 2021, there were 11.

The report sent questions to the body regarding virtual hearings and the production of evidence, the role of the CNJ (National Council of Justice) in the viralization of cases of abuse by magistrates, and the allegation of lawyers about the existence of corporatism in the Judiciary, but did not get a return.

Not only judges, however, were recorded lacking respect during virtual hearings. During a session in the 3rd Panel of the Regional Labor Court of the 3rd Region, in December last year, a lawyer began shouting and cursing a judge who said that his support was confused and that he would change his vote.

“Even if you want to go to the fucking house, go too, Your Excellency. Go to the whore that fucked you, fuck you”, he said, exalted.

The president of the session then asked for the transcription of the tape to communicate to the OAB, and the process was removed from the agenda. 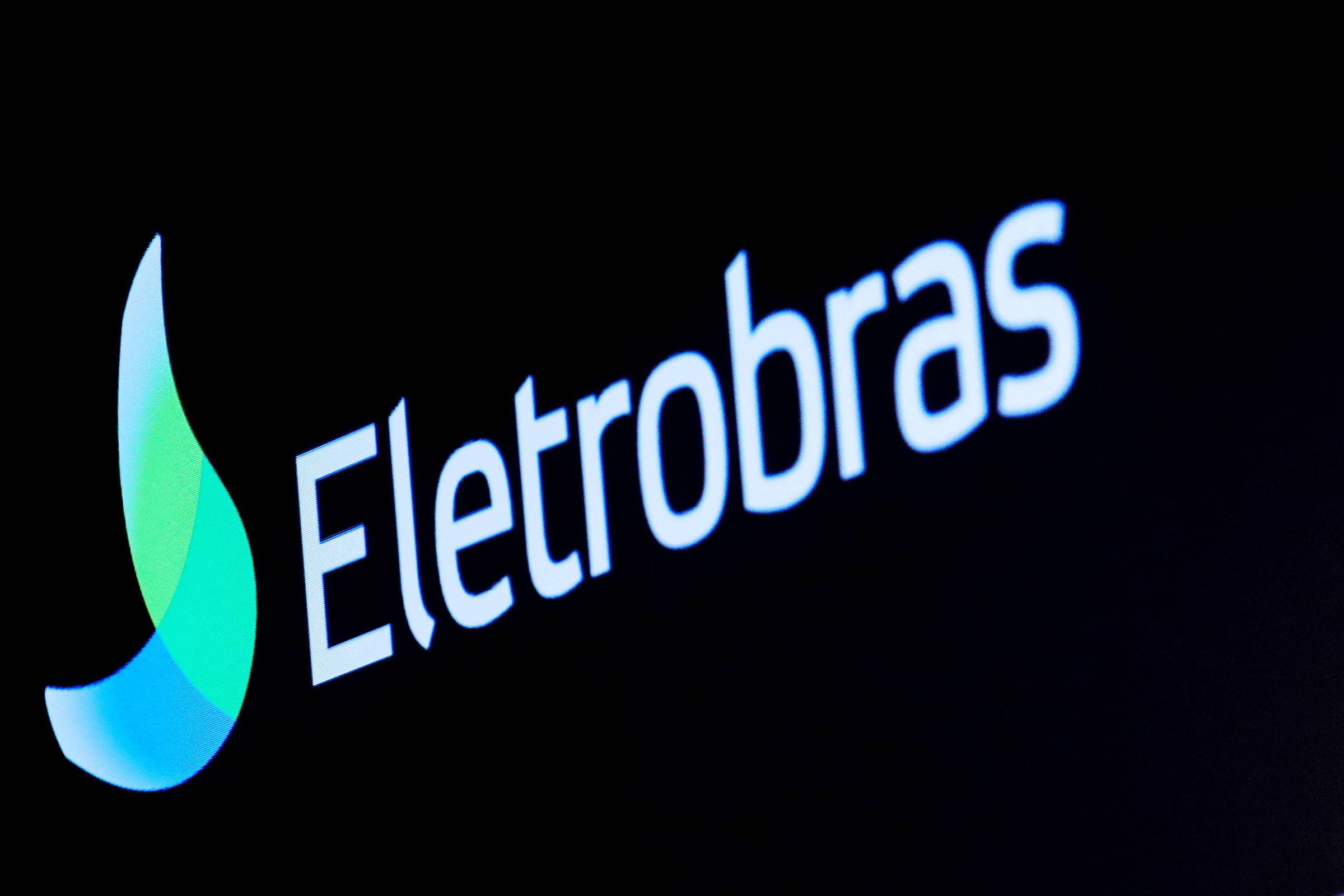 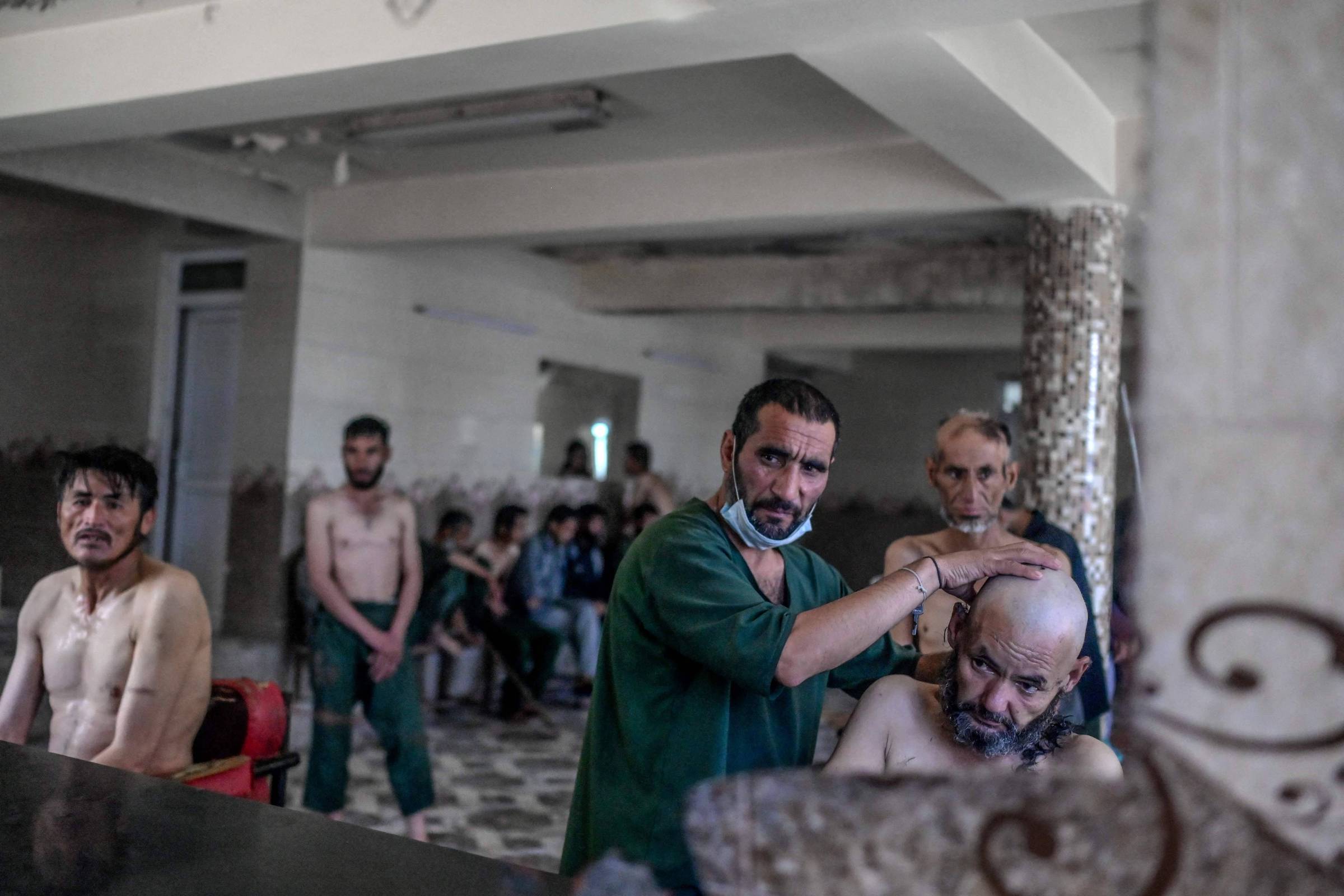 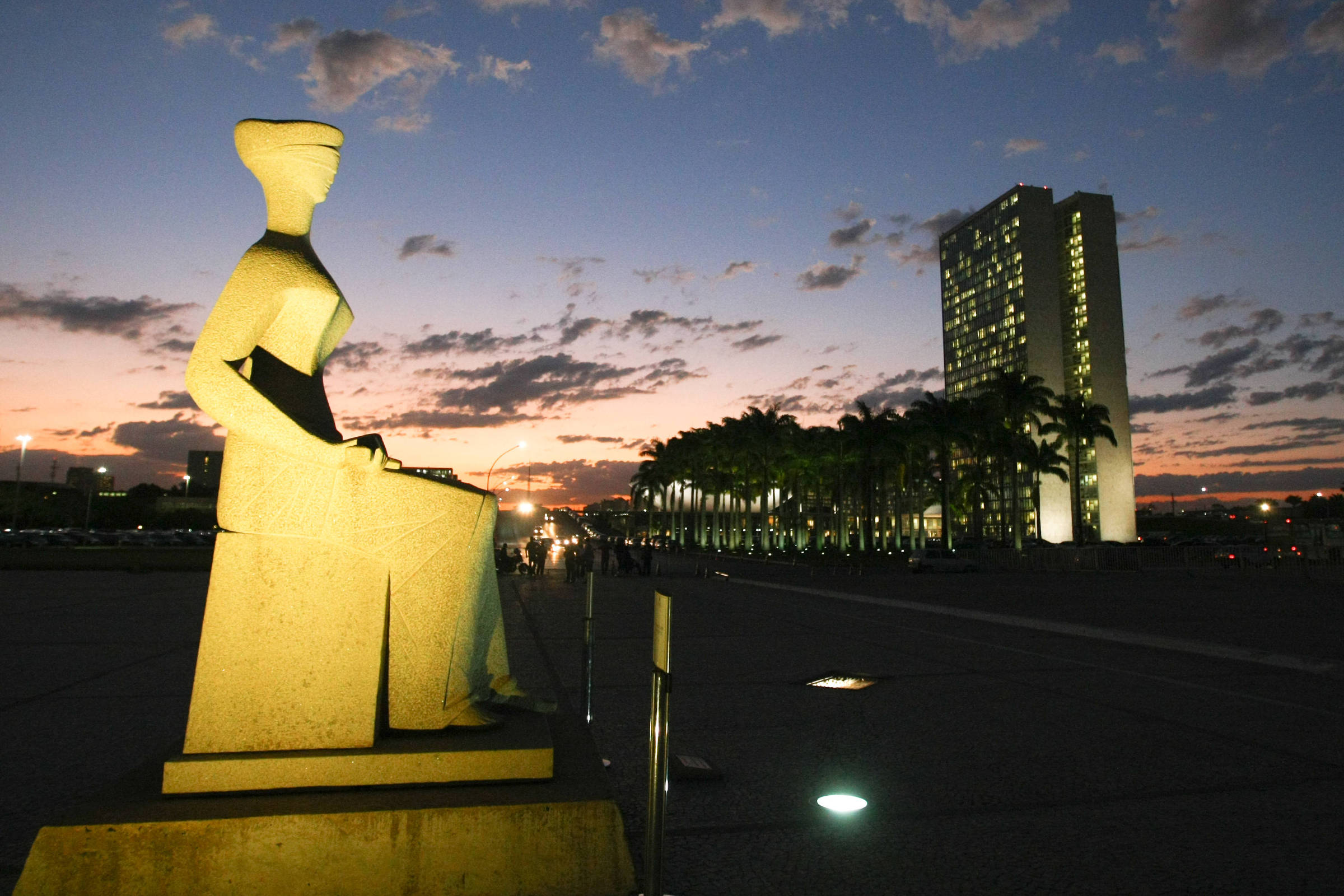 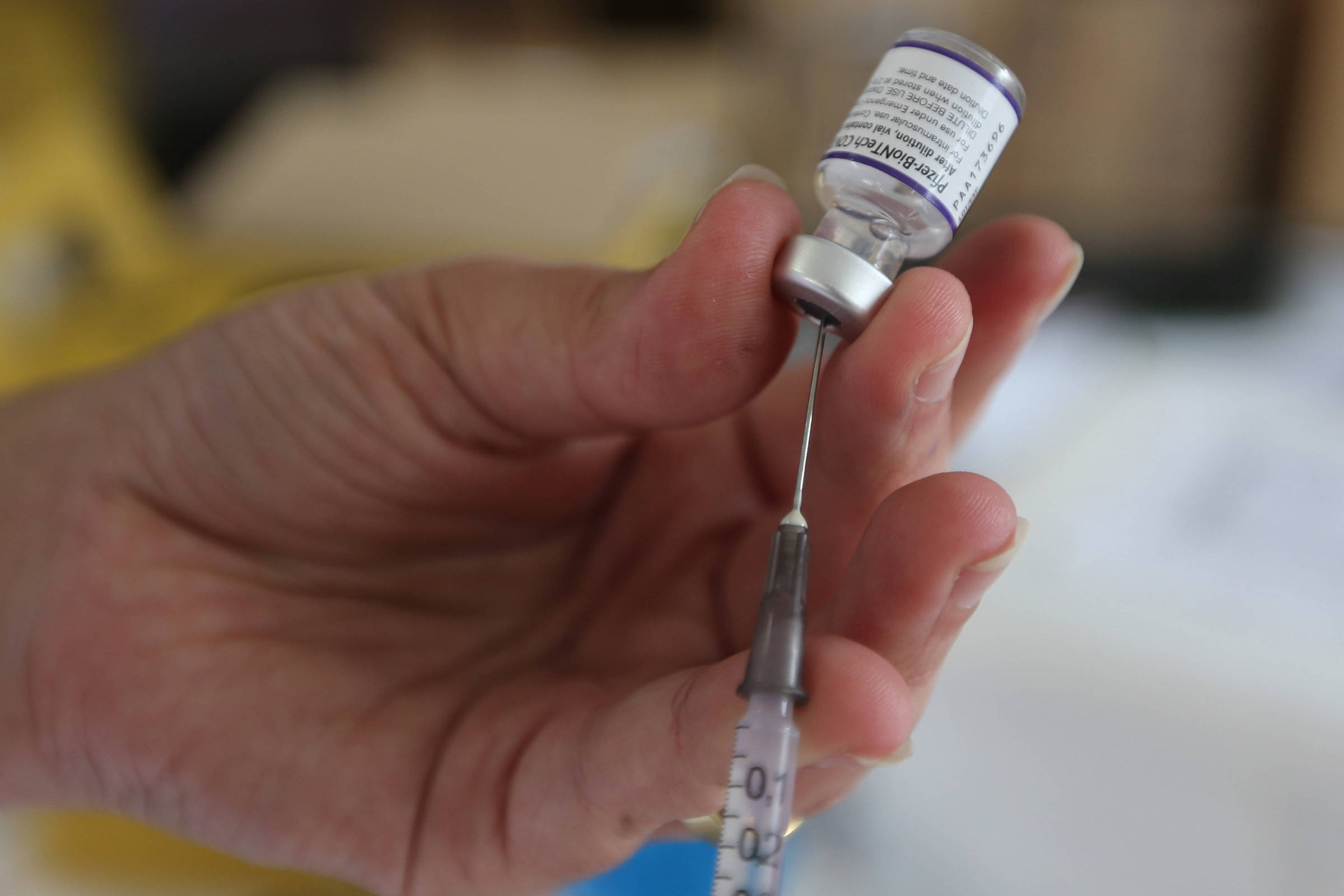