RIYADH: Fears of high inflation in the coming period have become a cause of concern for leading investors, especially institutions. The urgency for hedging is also increasing for portfolio managers in order to face any upcoming crises through an increase in the acquisition of goods and stocks, as well as short-term treasury bonds, according to Al Arabiya.

High inflation is expected based on increased government spending, substantial stimulus packages and the liquidity pumped by central banks to combat the impact of the pandemic, amounting to $6.6 trillion since last March.

The International Monetary Fund (IMF) doubled its expectations for inflation to 1.6 percent in developed countries this year, while Citigroup expected international inflation to rise from 2 percent last year to 2.3 percent this year.

Moreover, developments in commodity markets indicate that inflationary pressures are exacerbated. Brent crude, which was trading at $20 last April, has currently exceeded $60, and JPMorgan Chase expects it to hit $100, a price not seen since 2014.

Copper — the most important industrial good — has hit its highest level in eight years, increasing 70 percent since last March.

Food prices are witnessing an escalated inflation, with prices reaching their six-year high, which has led to the concern that some countries might curb food exports. 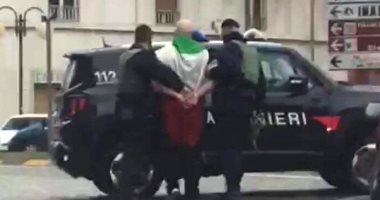