Dr Michael Nazir-Ali, who was the Bishop of Rochester from 1994 until 2009, said that he had considered making the switch “for some years.” Dr Nazir-Ali, 72, has previously accused the Church of England of “jumping onto every faddish bandwagon about identity politics, cultural correctness and mea culpas about Britain’s imperial past.”

During his time as Bishop of Rochester, Dr Nazir-Ali was one of the Anglican Church’s most high-profile bishops.

He is expected to be ordained to the Catholic priesthood for the Ordinariate.

This may happen as early as next month, according to The Spectator.

However, because Dr Nazir-Ali is married, he cannot be ordained as a Catholic bishop.

The Catholic Ordinariate was established by Pope Benedict XVI ten years ago, with the aim of inducting Anglicans into the full communion of the Catholic Church.

Dr Nazir-Ali said: “I believe that the Anglican desire to adhere to apostolic, patristic and conciliar teaching can now best be maintained in the Ordinariate.

“Provisions there to safeguard legitimate Anglican patrimony are very encouraging and, I believe, that such patrimony in its Liturgy, approaches to biblical study, pastoral commitment to the community, methods of moral theology and much else besides has a great deal to offer the wider Church.

“I am looking forward to receiving from the riches of other parts of the Church, while perhaps making a modest contribution to the maintenance and enhancement of Anglican patrimony within the wider fellowship.

Most recently, Jonathan Goodall, Bishop of Ebbsfleet, became a Roman Catholic after disagreeing with the consecration of female bishops, the Times reported.

Opposing the ordination of women was similarly the motivation for the conversion of Graham Leonard, the former Bishop of London, in 1994.

Dr Nazir-Ali has a long record of being outspoken in his opposition to abortion and euthanasia.

He has previously blasted a “new-fangled and insecurely founded doctrine of multiculturalism,” which had left some immigrant communities with “segregated, living parallel lives.”

In February 2021, he wrote in the Telegraph that he believed “the institution” was “engrossed either in lengthy, costly and far fetched ‘safeguarding’ allegations against prominent church figures, or in jumping onto every faddish bandwagon about identity politics, cultural correctness and mea culpas about Britain’s imperial past.”

Before this, in 2008, Dr Nazir-Ali stated that he believed that the collapse of Christian values in the UK has left a “moral vacuum,” which radical Islam was increasingly filling.

He said that the withering away of British values was linked to the “social and sexual” revolution of the 1960s, and said that church leaders had not struggled against the knock-on effects.

He wrote in political magazine, Standpoint: “It is this situation that has created the moral and spiritual vacuum in which we now find ourselves.

“While the Christian consensus was dissolved, nothing else, except perhaps endless self-indulgence, was put in its place.” 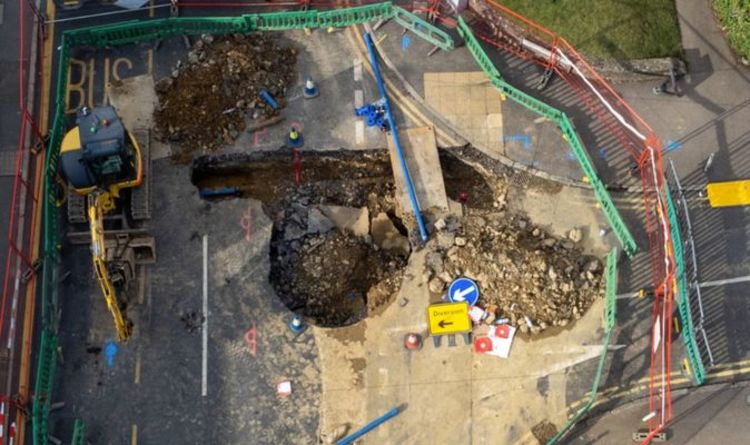