JEDDAH: Three comics that will shape storytelling for the form were announced at the Stan Lee Super Con in Jeddah.

Arab News spoke with the brilliant minds behind these comics — Mike Bundlie, Clive Standen and Aleks Paunovic, who respectively worked on “Reactor 2042,” “American Carnage” and “GenZeroes.”

The team decided that they wanted to announce the release of the comics in Jeddah as fans marked Stan Lee’s 100th birthday at the Super Con.

“Given that Stan and his projects were so intrinsic to movies, it seemed only natural to do it at the Stan Lee Super Con,” said Mike Bundlie, co-founder of Super Con and the creator of “Reactor 2042.”

Bundlie said that announcing the news at a forum that is relatively quieter than the Comic Cons in the US also made sense to them. “The Jeddah fans were so happy and eager, the response was just unbelievable. The Saudi fans are not as jaded, too, because there is not so much hitting them as in the San Diego Comic Con.”

He described the Super Con as a place where people discover new things. To elevate the stage for the Saudi convention it was necessary to let the world discover projects with international scopes through Saudi Arabia, he said. “The way to do this is to have the Stan Lee Super Con be a platform where big news happens.”

Each project announced is created with the intention of making it into a TV show or a movie.

Standen, who starred in the hit series “Vikings” as the axe-wielding Rollo and the lead actor in the TV series “Taken,” came up with the graphic novel “American Carnage.” He explained how his fascination with the American West culture of cowboys and Indians sparked the idea to flip the history of America.

Set four years in the future, the plot is located in a world where a nuclear war has been waged on America and the US has lost. Mexico, Cuba and Columbia form a coalition and attack the South to reclaim the land of Mexico. “What has happened to America in the plot makes the Chernobyl incident look like a science experiment,” he said.

Standen said: “For me, it’s all about originality, I really feel like I have come up with an original thing. I mean nothing is really original these days, you take the best bits from things, but I did get really bored of doing the same old same thing and even if it is good, it’s a copy. What I am really looking forward to is someone going, I have never seen anything like this before.”

The other two comics announced alongside “American Carnage” have a preexisting fan base as they are an extension of two NFT Games and support those storylines.

NFT in gaming allows the gamers to use non-fungible tokens to own certain parts of the video games. It also allows people to play games as an investment.

“Reactor 2042” is the exciting first comic series based on the sold-out hit NFT 2022 release “Reactor Motors,” with the artwork and storyline developed by Bundlie and released by Abstract Comics.

Bundlie describes the plot as “‘Fast and Furious’ meets ‘Tron’.” The story follows a young geologist who discovers crystals that react with metal and energize it. “So instead of just racing, now you have real emotions behind it and now the world will belong to characters that you care about.”

“GenZeroes” is set 200 years in the future when the world is attacked by aliens who come to rob the earth of its resources. Humanity is divided into 10 factions and players can choose which one they want to join.

According to Paunovic, the team involved in the creation of the NFT space is passionate about giving back to their community. “It is not just images, it is utilities, it is a story, it is characters, and falling in love with the characters.”

Paunovic, an actor and producer, is known for his roles in series such as Marvel’s “Hawkeye,” “Van Helsing,” and “Snow Piercer.”

“NFT space is so artistically driven, it is something that is next-level from anything I have experienced so far,” Paunovic told Arab News.

The creators and team of “GenZeroes” hold regular podcasts to see what the fans need, and work to incorporate that into the storyline.

With an existing passionate fanbase, developing the storylines can be quite a challenge for the creators. However, that was not the case for Bundlie and Paunovic.

Bundlie said: “The audience is very critical of every part of it, and I love that because it pushes us on every aspect to do the best possible. The way we see it is that their pushing of it is not to put down the property, it is them wanting to keep it going.”

The three comics will propel storytelling forward toward the future of comic writing.

Bundlie said: “When these comics were announced Stan Lee would have been 100 years old, and these three comics represent the future of where the comics are going; it is no longer just making comics and then maybe it will become bigger.”

The Stan Lee Super Con showed that fans in Saudi Arabia are just as “crazy and wonderful” as in other parts of the world. In addition to that they are also polite, passionate and loving, Bundlie said. The creative team are ready to carry the love they received in Jeddah to other places of the world, he said. 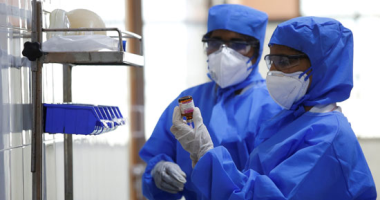 Beirut airport booming despite some departments on strike