Gabby Petito, a 22-year-old YouTuber and Instagram star, went missing in late August, having embarked on a cross-country road trip with her fiancé Brian Laundrie, 23, that she was documenting on social media.

The couple grew up in Blue Point on Long Island in New York but lived together in North Port, Florida, setting out on a dream road trip from the Big Apple on 2 July in Ms Petito’s Ford Transit van and hoping to reach a friend’s house in Portland, Oregon, by Halloween.

However, Ms Petito’s family have not heard from their daughter since receiving text messages towards the end of last month that they have suggested may not have been written by her.

Concerned for her daughter, Nicole Schmidt contacted police and a missing person’s investigation commenced on 11 September.

On September 14, Mr Laundrie also went missing, although his family did not report his absence to the police for several days. He was believed to have headed to Florida’s Carlton Reserve with just a backpack, and an intense manhunt began for him in this area.

Ms Petito’s remains were discovered at a remote campsite in Wyoming on 19 September and a coroner announced she had died from homicide several days later.

The FBI announced on 23 September that a federal arrest warrant had been issued for Mr Laundrie, who remains missing despite a national search for him.

Here’s a timeline of everything we know about Gabby Petito’s death so far:

12 August – The pair are seen bitterly arguing in Moab City, Utah. Concerned bystanders eventually call 911 to intervene. Attending officer Daniel Robbins notes the pair appeared to be in midst of a “mental health crisis” and that Mr Laundrie had locked Ms Petito out of the van but she had climbed back in through a window to continue remonstrating with him.

13 August – Kylen Schulte and wife Crystal Turner are last seen at Woody’s Tavern in Moab City, Utah. Ms Schulte worked at Moonflower Co-op, near where Ms Petito and Mr Laundrie had their fight. She worked the day of their fight, but left her shift an hour and a half before the fight is reported to have occurred.

18 August – The bodies of Kylen Schulte and wife Crystal Turner are found by authorities at a campsite in the mountains near Moab City, Utah. The women told other campers a “creeper dude” had been near their campsite. No suspect has been identified in their murders.

25 August – Last video call to her mother. This is the last time Ms Petito is known to have been seen.

29 August – Miranda Baker says on TikTok, she and her boyfriend, picked up Mr Laundrie, who was hitchhiking by himself on 29 August at Colter Bay in Grand Teton . North Port police in Florida confirm to The Independent they have spoken to Ms Baker but decline to provide further details.

1 September – Mr Laudire returns to North Port in Ms Petito’s van without her, according to police reports.

10 September – Ms Schmidt says she texted Mr Laudrie and his mother, Roberta Laundrie, making inquiries about her daughter but received no reply.

13 September – Laundrie family refuses to allow North Port police to speak to their son and issues statement via their lawyer, Steve Bertolino, saying they will be “remaining in the background”. Ms Petito’s parents Nicole Schmidt and Joe Petito host press conference, appealing for information.

16 September – Petito family issues statement through their lawyer begging the Laundrie family to help them with the search for Ms Petito.

17 September – Mr Laundrie’s family call investigators to their home and admit that Brian has been missing since Tuesday.

19 September – Footage is released by a couple on YouTube that appears to confirm the van that Gabby Petito and Brian Laundrie were travelling in was in the Grand Teton National Park on August 27.

FBI later announce that a body is found in the forest that they believe to be Gabby Petito’s.

20 September – Condolences pour in for the family of Ms Petito, as her father posts a moving tribute to his daughter on Twitter. The North Port Police announce they are suspending the search for Mr Laundrie in the Carlton Reserve as the FBI swarms the Laundrie home to execute a search warrant. The Laundrie home is now considered a crime scene.

21 September – Petito family attorney Richard Stafford confirms to The Independent that the body found in Wyoming is Gabby’s. The FBI announce preliminary results of an autopsy conducted by Teton County Coroner Dr. Brent Blue confirms her death is a homicide. The exact cause of death has not yet been released.

FBI special agent in charge Michael Schneider asked for help from the public in finding Mr Laundrie. “The FBI and our partners remain dedicated to ensuring anyone responsible for or complicit in Ms Petito’s death is held accountable for their actions.”

The police search for Mr Laundrie resumes at the 25,000-acre Carlton Reserve near his house, as law enforcement investigate a possible sighting captured on a deer camera in the Florida Panhandle.

22 September – Law enforcement searching the Carlton Reserve call in a specialist dive unit from the Sarasota County Sheriff’s Office at the request of North Port Police. The police department say they haven’t located anything of interest in the water, but they had to rule out every possible location where Mr Laundrie might be.

Ms Petito’s parents accuse the Laundrie family attorney Steve Bertolino of attempting to drum up business from the case. In a letter from their lawyer, they demand Mr Bertolino remove a picture of their daughter from his Yelp page, and that he cease and desist from posting pictures of Ms Petito to his social media accounts.

Mr Bertolino responded to say : “I have never used social media or any other electronic platform for advertising other than maintaining a website.”

23 September – The FBI announced that a federal arrest warrant had been issued for Mr Laundrie. According to the bureau’s Denver, Colorado division, the warrant was issued on 22 September.

Brian Laundrie family lawyer, Steven Bertolino, reacted to the arrest warrant by saying that it “is related to activities occurring after the death of Gabby Petito and not related to her actual demise.”

Officials in Moab, Utah, also announced that the city’s police department would be investigated for its handling of an interaction with the couple following a 911 call on 12 August, when a bystander reported a possible domestic violence incident. Officers did not file any charges after interviewing the couple and only told them to split up for the night.

24 September – The North Port Police Department and FBI continue their search of the Carlston Reserve for Brian Laundrie.

People in Utah, New York and Florida engage in memorials for Ms Petito, including candlelight vigils and donation drives to assist the Petito and Schmidt families.

Ms Petito’s family also announced that her memorial visitation would be held on Sunday, 26 September in Holbrook, New York, and will be open to the public between 12pm and 5pm. Ms Petito’s father requested that in lieu of flowers, people should donate to a gofundme meant to establish a foundation in the woman’s name.

In the afternoon, North Port police provided an update on their search, saying they had not found any trace of Mr Laundrie in the reserve, but said they were “not wasting their time” looking for the man in the swamp.

Later that evening, Ms Schmidt, Ms Petito’s mother, posted publicly for the first time in over a week, thanking the public for their support in a Facebook post.

26 September – Memorial services are held for Ms Petito in her hometown of Blue Point, New York. The services were open to the public. Her father, Joseph Petito, spoke during the service, asking people to be “inspired” by Ms Petito’s life and to pursue their dreams. He also called on people in toxic relationships to leave them.

The North Port police continued their search for Mr Laundrie in the Carlton Reserve. At the same time, the FBI visited the Laundrie house and collected items for use in DNA matching. Steven Bertolino, the attorney representing the Laundries, said the collection was “routine.” 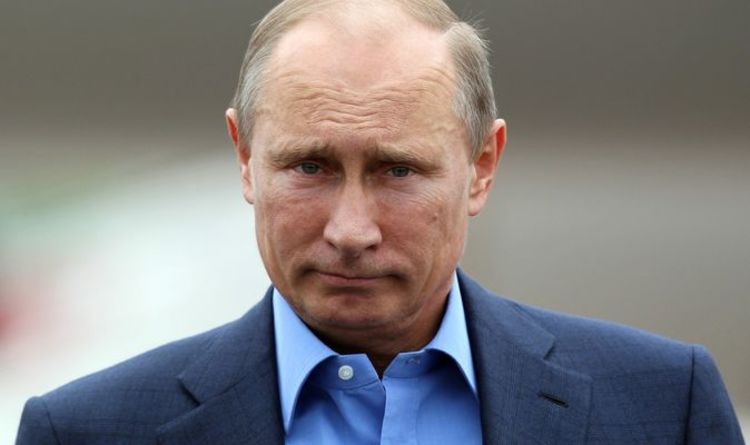