Gabby Petito’s father posted a photo of his daughter on Twitter Sunday night with the caption, “She touched the world.”

It was not an overstatement. Petito’s disappearance has captivated a public consumed by anguish for her family and anxious for answers in what has become a highly-publicized case. The 22-year-old vanished while on a cross-country expedition with her fiancé, Brian Laundrie, 23. Her family last heard from her on August 30th, two days before Laundrie returned home without her.

Police announced Sunday human remains believed to be Petito’s were discovered in Wyoming. They have described Laundrie, who has now disappeared himself, as “a person of interest.”

The Petito case has received overwhelming media attention and public scrutiny, but experts in gendered violence say coverage and conversation have lacked context on the broader dynamics that make violence against women a pervasive social problem.

Bodycam footage and a 911 call before Petito’s death have raised questions about possible domestic violence issues between the couple. One in 3 women has experienced intimate partner violence, according to the Centers for Disease Control and Prevention, and over half of female homicide victims in the U.S. are killed by a current or former male intimate partner.

“When you treat it as just one dramatic, isolated case, you miss the bigger picture,” said Kiersten Stewart, director of public policy and advocacy at the nonprofit Futures Without Violence. “On average, three women a day are killed in this country from domestic violence and we’re not doing enough to address it.”

Domestic violence is a preventable and widespread public health problem that cuts across race, age, income, sexual orientation, religion and gender — in terms of both victims and perpetrators. Experts say individual instances of intimate partner violence – particularly when it involves a celebrity or when that violence turns fatal for a white victim – capture public attention.

Rarely does the focus deepen to explore critical questions about the ubiquity of gendered violence, the power dynamics driving it, and the harmful stereotypes about who victims are, how they behave and the best ways to help them.

“I think what we could be asking ourselves is, why does this keep happening?” said Kellie R. Lynch, an associate professor with joint appointments in the Department of Criminology & Criminal Justice and the College for Health, Community and Policy at the University of Texas at San Antonio. “We treat each of these stories as these one-off tragedies. … Then we wait for the next story to happen.”

A video released by the Moab Police Department shows an officer pulled over the couple’s van on Aug. 12 after it was seen speeding and hit a curb near the entrance to Arches National Park in Utah.

Experts say the bodycam footage is rife with red flags. Laundrie appears calm, laughing and bonding with officers, despite initially speeding away from them. One seems to intimate he understands Laundrie because he’s been married for several years. Laundrie calls Petito “crazy,” but says he cares about her anyway.

Petito’s demeanor was markedly different. An officer said when he tried to talk to her she was hyperventilating. Petito said Laundrie grabbed her face and officers are heard discussing how a witness said they saw him shove her. Petito tells officers she hit Laundrie.

“Their response to law enforcement is typical. She is very upset and blaming herself while he is calm and also blaming her,” said Ruth Glenn, president of the National Coalition Against Domestic Violence.

One officer asks Petito, “Is he usually pretty patient with you?” Officers eventually decide Petito was the aggressor.

“It sounds like the typical good old boy culture among law enforcement,” Lynch said. “And then there’s leaning into these stereotypes: ‘oh, she’s just crazy or she’s hysterical,’ minimizing, trivializing domestic violence and abuses like these as little minor things between couples. … How terrified she was is a bigger indication than any of the scratches on his face.”

A 911 caller who reported the incident told the dispatcher that “the gentleman was slapping the girl” and hitting her, according to media reports.

Experts say dangerous stereotypes about domestic violence persist and are partly why the public and law enforcement need better education on the dynamics of abuse, around concepts such as bi-directional violence (when both parties abuse) or self-defense.

Harmful myths about domestic violence include the assumption that it’s easy for victims to leave, that help is always available when sought and that abusers are easy to spot.

Despite its pervasiveness and brutality, domestic violence is frequently minimized or trivialized.

In 2018, a Snapchat ad asked users “Would you rather: Slap Rihanna or punch Chris Brown?” (Brown assaulted Rihanna in 2009.)

Chris Brown accused of more violence:Are we ready to cancel him yet?

On the short-form video app TikTok, the #GabbyPetito hashtag has more than 500 million views, and some of the posts have been criticized as insensitive. One user called it “tone deaf true crime.”

“Oh, you haven’t heard of Gabby Petito? Oh my God, girl, you are missing out. This stuff is so good,” TikTok creator Jessica Dean said in a now-viral video blasting users’ callousness. “I made a 28-part monetized series on my TikTok all about it, going over every single detail, including her Spotify playlist. I just dig up every inch of this poor girl’s life for my personal entertainment.”

TikTok is on the Gabby Petito case. Are these true crime sleuths helping solve it?

Social media has contributed to outsized attention around the case, which Lynch said is likely fueling the spectacle.

“People get sucked into it,” she said, “as if they’re watching something on ‘True Crime,’ when really behind all of that, ultimately, is a woman who (has died).”

Women of color experience higher rates of domestic violence, but rarely have their stories told

Indigenous women experience the highest rates of domestic violence and homicide. Between 2011 and September 2020, 710 Indigenous persons were reported missing in Wyoming, and 57% of them are women, according to a report funded by the Wyoming Division of Victim Services. Only 30% of Indigenous homicide victims had newspaper media coverage, compared to 51% of white homicide victims.

“I don’t want to take anything away from what happened to Gabby or what her family’s going through. We would just ask the media to also realize that this is happening to other families too,” Stewart said.

Two missing sisters. One bizarre note.:For 20 years, a family has asked: Where are our girls?

Black women are also more likely to experience domestic violence-related homicide than white women, according to a 2020 report from the Violence Policy Center, which writes that their deaths have “almost always been overshadowed by the toll violence has taken on Black males.”

“(Petito) is not the only one who has had this type of experience,” Glenn said. “Why is this one at the top of the news? I’m asking journalists, ‘why is this one different?'”

If you are a victim of domestic violence, The National Domestic Violence Hotline allows you to speak confidentially with trained advocates online or by the phone, which they recommend for those who think their online activity is being monitored by their abuser (800-799-7233). They can help survivors develop a plan to achieve safety for themselves and their children.

Safe Horizon’s hotline offers crisis counseling, safety planning, and assistance finding shelters 1(800) 621-HOPE (4673). It also has a chat feature where you can reach out for help from a computer or phone confidentially.

Survivors can also call the New York City Anti-Violence Project’s 24/7 English/Spanish hotline at 212-714-1141 and get support. If calling is not safe but email is possible, make a report at avp.org/get-help and leave safe contact information, and someone will reach out.

Two teens and a man shot at a Halloween house party 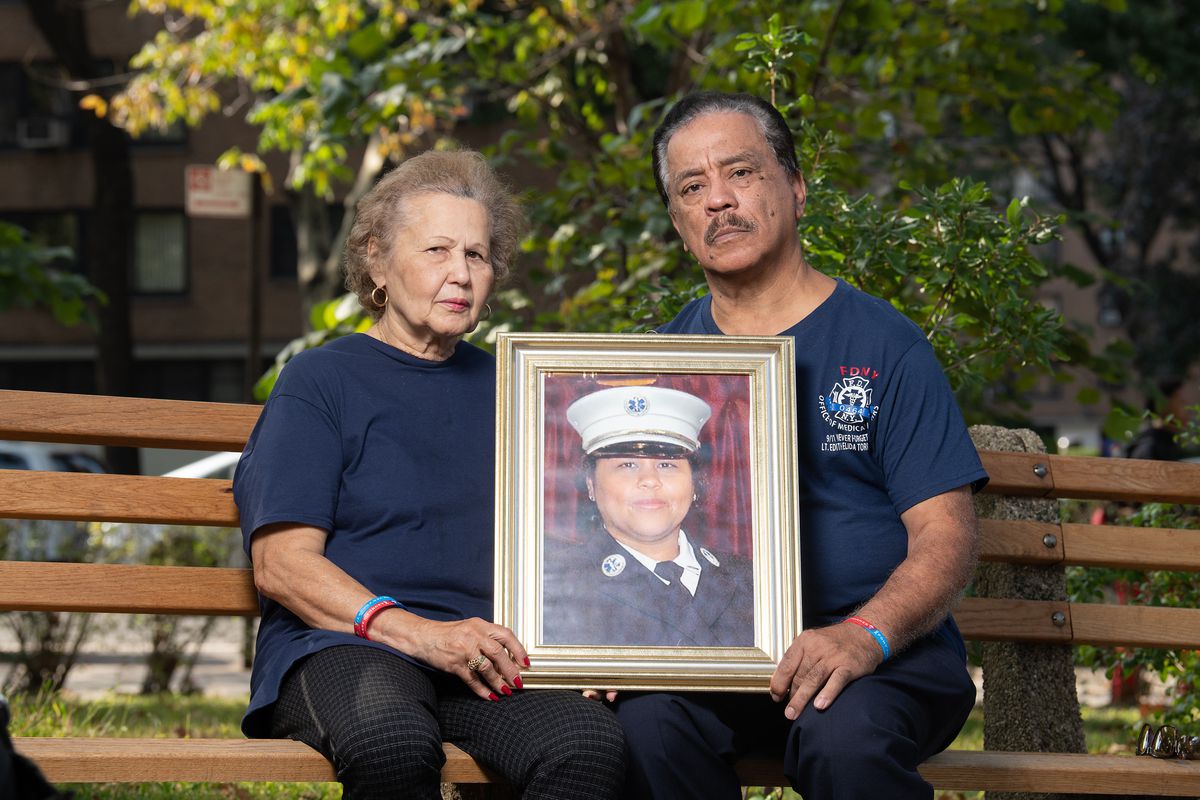