Police in Florida have new information on the disappearance of Gabby Petito, a popular YouTuber. On Wednesday, the North Port Police Department announced they were treating Ms Petito’s fiance as a person of interest in their investigation.

Ms Petito disappeared while on a road trip with her fiancé, Brian Laundrie, who returned without her, prompting a frantic search for the 22-year-old woman that began on 11 September.

Mr Laundrie, who lived with Ms Petito in North Port, Florida, has thus far refused to cooperate with authorities. The North Port police will hold a press conference today at 11:30am EST to discuss the latest developments in their search for Ms Petito.

Nicole Schmidt, Ms Petito’s mother, said the last time she spoke with her daughter was 30 August, but because it was a text she cannot be sure that she was actually speaking with the woman. Before that the mother and daughter video chatted on 23 or 24 August.

Ms Schmidt said it was normal for her and her daughter to video chat multiple times a week. When her daughter did not check in after Mr Laundrie returned early from their road trip, she grew concerned and eventually the family alerted the police.

Gabrielle Petito’s stepfather flies to Utah to search for her

Gabrielle Petito’s stepfather, James Schmidt, along with a family friend have flown to Utah to search for the missing woman.

Richard Stafford, the family’s lawyer, said Mr Schmidt and the family friend are planning to centre their search on Grand Teton National Park, as it is was last place Ms Petito was seen.

North Port police said during a press conference on Wednesday that they recovered “materials” from Gabrielle Petito’s van, but said they were not prepared to release the details of their findings. The van was driven from Utah to Ms Petito’s home in Florida by her fiance, Brian Laundrie, after a road trip the couple took.

The department also said there is no active search warrant for Mr Laundrie’s family home, where the couple lives.

Nicole Schmidt, Gabrielle Petito’s mother, told The Daily Mail that the woman’s fiance, Brian Laundrie, and his family have been ignoring her desperate attempts to find her daughter.

“I texted Brian’s mom that I was trying to get in touch with Gabby. I also texted Brian. I got no replies,” she said.

She said she knew something was wrong and felt she had to report her daughter’s disappearance “immediately.”

Mr Laundrie returned from a road trip the couple had taken on 1 September. Ms Schmidt reported Ms Petito as missing on 11 September. It is unclear when she first became suspicious of her daughter’s disappearance.

Gabrielle Petito’s father, Joe Petito, appeared on Fox News where he slammed a statement from the family of her fiance, Brian Laundrie.

The statement – issued through a lawyer – says the Laundrie family wishes to “remain in the background” during the investigation, and that they hope the search is “successful.” Mr Petito said it “wasn’t a statement.”

The North Port Police Department announced on Wednesday that it was setting up a national hotline for tips concerning the disappearance and current whereabouts of Gabrielle Petito.

Anyone with information on the woman’s location, disappearance, or anyone who saw her van should call 1-800-CALLFBI (225-5324).

The North Port Police Department said it had already received hundreds of tips and was in the process of vetting the information through various law enforcement agencies.

In a statement issued through an attorney, the family of Brian Laundrie, the fiance of Gabrielle Petito and the last known person to see her, said they will “remain in the background” of the search effort.

Ms Petito’s family issued a statement in response, frustrated that Mr Laundrie was refusing to cooperate with authorities.

“The Schmidt and Petito family are going through the worst moments of their lives. Their beautiful twenty-two year old daughter is missing and the one person that can help find Gabby refuses to help,” their statement said.

Mr Laundrie has been named a person of interest in Ms Petito’s case by the North Port Police Department.

Joe Petito, Gabrielle Petito’s father, appeared on Fox News to discuss his daughter’s disappearance and react to the statement put out by her fiance, Brian Laundrie.

He said he was largely unconcerned with the statement.

“You know, we’re shooting from the hip here and trying to do what we can. So I don’t care about the statement. I care about finding Gabby,” he said.

The North Port Police Department released a press statement with the latest updates regarding the ongoing search for Gabrielle Petito.

Brian Laundrie, Gabrielle Petito’s fiance and the last known person to see her in person, is now being considered a person of interest in the case.

The North Port Police Department held a press conference on Wednesday to announce that they were considering the fiance a person of interest in their search for Ms Petito.

“We know Brian returned here to North Port on 1 September – ten days before her family reported her missing on 11 September,” the department said in a statement before declaring Mr Laundrie a person of interest.

Police said Mr Laundrie has not made himself available to investigators. 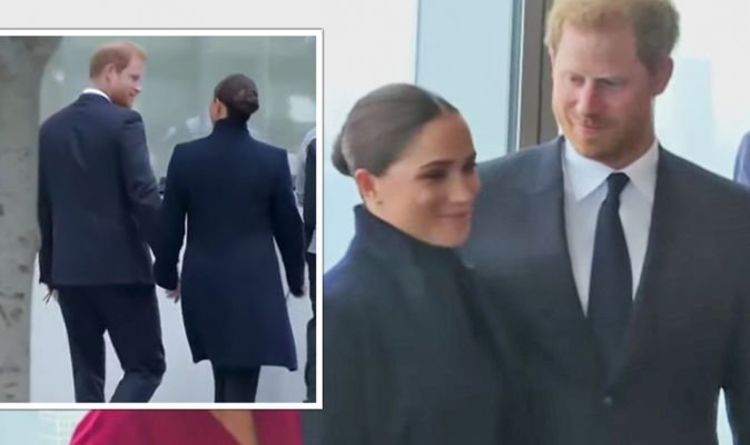 Ribbons Tied to Trees in Hometown Tribute to Gabby Petito