Holly Humberstone can’t recall the particulars of the poll, but she’s certain about the result: Grantham, where she grew up in England’s East Midlands region, was once voted “the crappest town in the U.K.,” as she puts it.

“It’s just got nothing,” the 21-year-old singer-songwriter says of the small industrial city of approximately 40,000. “Basically you get born there, and then you leave,” which indeed she did after high school, moving first to Liverpool for college and later to London to pursue music.

Yet due to the pandemic, Humberstone returned to Grantham early last year — specifically to her rural childhood home about 20 minutes outside town — and it was only while there that her career began to take off. Hunkered down with her parents and her three sisters, she watched as her debut EP, the vivid and intimate “Falling Asleep at the Wheel,” racked up millions of streams on Spotify and she finished second in the BBC’s Sound of 2021 survey of record-industry insiders. (Previous winners of the closely watched annual poll include Adele and Sam Smith.)

It’s easy to see why her music resonated with listeners when it did. Full of astute emotional details, and with her whispery vocals almost uncomfortably high in the mix, tunes like the stark breakup ballad “Livewire” and “Deep End,” about one of her sisters’ experience with depression, conjure a kind of private confessional space. Like music by Phoebe Bridgers and Gracie Abrams, both of whom Humberstone admires — and both of whose audiences grew during COVID — her songs feel meant to be heard alone, preferably through headphones, in order to savor every stirring vocal tremble and striking turn of phrase.

“So many young female artists are oversharing right now, which I think is really cool,” Humberstone says. “I’m not writing about anything particularly unique; it’s just everyday things that everybody’s going through. But I think the vulnerability is why people are connecting to it.”

Now she’s looking to maintain that raw-nerve quality as she reenters the wider world. Last month, Humberstone traveled to the U.S. for the first time for sold-out concerts in New York and Los Angeles and a performance on Jimmy Fallon’s “Tonight Show,” and this week she’s set to release a new EP, “The Walls Are Way Too Thin,” that inaugurates her deal with the Darkroom, the same label that introduced Billie Eilish.

Humberstone recorded the six-song collection with producer Rob Milton, who also oversaw her debut, though she co-wrote one track with Matty Healy of the 1975. “He’s obviously a genius,” she says of the frontman, whose proudly eclectic band “created a lot of the soundtrack to my teenage years.” His and Humberstone’s collaboration, “Please Don’t Leave Just Yet,” pushes her sound toward glossy late-’80s R&B. But like the rest of the EP, the song still showcases her intensely personal storytelling: “I heard her on the phone when you said, ‘I’m having a cigarette,’” she sings, her voice as close-miked as ever, “And I know I’m only young, but I’m not a f— idiot.”

“To me, the most important part of a song is the lyrics,” Humberstone says as she sits on the patio of an Airbnb near the Hollywood Bowl. She’s wearing artfully ripped jeans and an Ed Hardy T-shirt with a skull-and-heart design; several necklaces, including a Hello Kitty number, loop around her neck. “When I have something in my head — something confusing me or stressing me out — writing a song is a way to make that mess into a manageable piece that I can get clear.”

She loves ear-grabbing production, she adds — Healy’s processed backing vocals in “Please Don’t Leave Just Yet,” for instance, or the ticking new wave beat in “Scarlett,” about two young lovers who “go together like bad British weather on the one day I made plans.” As often as not, though, she’ll start a song simply on piano or guitar. “Getting into that headspace of how I used to write when I was young, it comes so much easier.”

Humberstone’s parents, both doctors with Britain’s National Health Service, encouraged her and her sisters’ artistic interests at home; she grew up hearing her mom “tinkling on the family piano” and eventually started coming up with her own tunes. Her year at music school in Liverpool was unhappy, in part because she missed her family and her old friends and in part because she felt out of place amid her fellow students. “It was just, like, theater kids,” she says, demonstrating the type by waggling her jazz hands. “Not me at all.”

London wasn’t much better: Though she’d signed with a manager, Humberstone didn’t take to the aspiring-pop-star routine, which she describes as “doing songwriting session after songwriting session with randoms who know nothing about you.” Milton, whose old band, Dog Is Dead, she’d been a fan of, proved to be different; they bonded over Elliott Smith, D’Angelo and Post Malone (“He’s like a wizard,” Humberstone says) and set to work in Milton’s basement studio in Nottingham, not far from Grantham.

The Darkroom founder Justin Lubliner points out that, after years in which pop singers would collaborate widely on a single project, “artists are finding their one or two people and becoming more self-sufficient,” as in the case of Eilish and her brother, Finneas O’Connell, or Olivia Rodrigo and her primary producer, Dan Nigro.

“When you’re working with a ton of songwriters and producers, because they’re also working with so many other artists, the music can all start to sound similar,” Lubliner says. “What Holly’s doing is smart because she’s blazing her own path.”

Milton and Humberstone had already laid down a number of songs when they were forced to pause at the beginning of the pandemic. Moving back home, the singer says, required a considerable adjustment period. “There’s six of us, and we’re all very stubborn, so everyone had to get used to compromising.” Her dad was working in an intensive care unit in Nottingham and saw enough misery that she expects him to retire early; her mom is a general practitioner who, until a few weeks ago, was staffing a vaccine clinic. Yet the family’s togetherness was a source of comfort in a tough time. Humberstone even learned to appreciate folks in Grantham: “They’re like these iconic caricatures of crap U.K. people,” she says with a laugh.

These days she’s giving London another go, this time in an apartment she’s sharing with one of her sisters. Asked how they feel about her success, she says, “I think they find it a bit annoying, really. If we’re at a family event or something, it’s all my grandma can talk about. 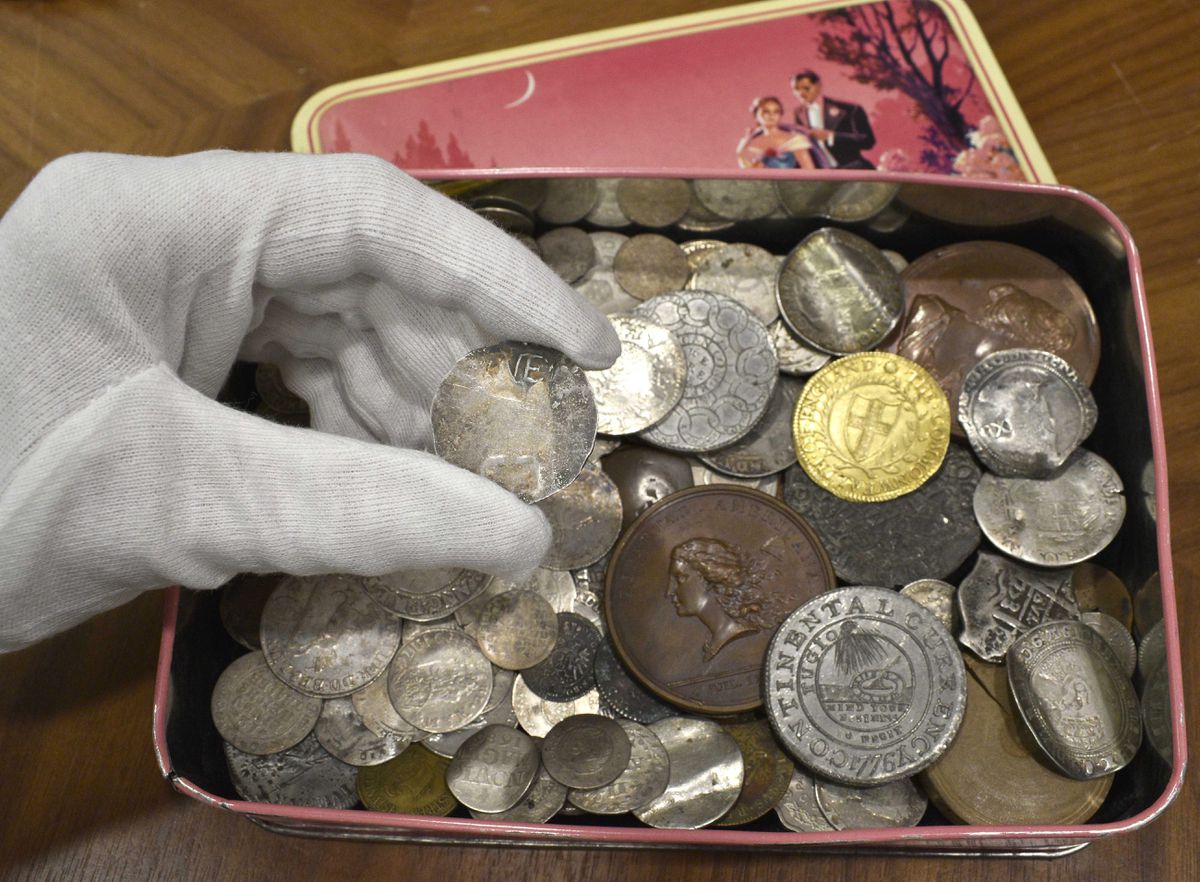