Hundreds of supporters of black supremacy and NBA star Kyrie Irving marched through the streets of Brooklyn on Sunday chanting: ‘We are the real Jews’ and ‘Time to wake up.’

In one video obtained by DailyMail.com, the Black Hebrew Israelites, specifically the groups’ Members of Israel United in Christ sect, can be heard chanting in unison: ‘It’s time to wake up. I’ve got good news for you, we are the real Jews.’

The black supremacists have become emboldened in recent weeks after both Irving, who has previously said he believes the earth is flat and pushed unfounded conspiracy theories around Covid-19, as well as music superstar Kanye West brought their anti-Semitic talking points into the mainstream.

A key part of Black Hebrew Israelite dogma is that those of African descent are the real descendants of the biblical Hebrews.

That is why they shun the term ‘Jews’ or ‘Jewish’ even though they are frequently seen walking around with Jewish insignia on their clothing, including the six-sided Star of David.

Hebrew Israelites have even shown hostility toward Jews and other whites who are referred to ‘devilish imposters’ and adherents of ‘Satan.’

Kyrie Irving, who has previously claimed that the earth was flat and pushed unfounded conspiracy theories around Covid-19, pictured in action for the Brooklyn Nets

Hundreds of members of ‘Israel United in Christ’ gather outside the Barclays Center before the Brooklyn Nets game against the Memphis Grizzlies in Brooklyn. The organization was there to express support for Kyrie Irving after he served an 8-game ban for a controversial tweet

Last Sunday, hundreds of members of the group encircled the Brooklyn Nets home stadium, the Barclays Center, in a rally in support of Irving during his first game back with the team following his suspension for promoting the anti-Semitic film, the 2018 film ‘Hebrews to Negroes: Wake Up Black America’

Last Sunday, in addition to marching, hundreds of members of the group encircled the Brooklyn Nets home stadium, the Barclays Center, in support of Irving during his first game back with the team following his suspension for promoting the anti-Semitic film, the 2018 film ‘Hebrews to Negroes: Wake Up Black America.’

According to the Jerusalem Post, flyers being handed out by the group read: ‘The truth about slavery. The so-called Blacks and Hispanics are ‘the 12 tribes of Israel!’ You are the children of the slave trade!’

The Post added: ‘The flyer cited biblical passages warning the Jewish people that if they did not heed the Torah, they would be enslaved and placed in yokes of iron.’

Another section read: ‘The biblical Israelites are targeted and accused of hate day and night without rest. Our knowledge of our heritage and laws has been systematically removed from us through the monstrous holocaust known as the trans-Atlantic slave trade.’

It went on: ‘They may lie to the world and deny us of our birthright, yet Jesus the Christ, our Black Messiah, confirms the truth of who we are. We are not anti-Semitic, we are Semitic.’

At a previous rally in support of Irving at the Atlantic Ave-Barclays Center subway station just outside of the Barclays Center, a member of the group addressed the passing crowd with a microphone, calling for Irving to be recognized as a martyr for speaking his truth after promoting a film described by the NBA as ‘containing deeply disturbing anti-Semitic hate.’

While a member of the group told the New York Post: ‘We’re expressing our support of Kyrie Irving and his stance in terms of him knowing who he is.’

The movie promoted by Irving is based on a 2015 book of the same name, which has been described as ‘venomously anti-Semitic.’ Specifically, it quotes Hitler to convince the audience of the existence of a Jewish plan for world domination.

The Black Hebrew Israelites are normally seen on street corners with megaphones or large loudspeakers and microphones in and around Washington, D.C., Baltimore, and New York City.

The movement has expanded its presence in the United States, with churches sprouting up in Florida, Maryland, Minnesota, Missouri, Nebraska, New Jersey, North Carolina, Pennsylvania, Oklahoma, and Oregon.

The movement has expanded its presence in the United States, with churches sprouting up in Florida, Maryland, Minnesota, Missouri, Nebraska, New Jersey, North Carolina, Pennsylvania, Oklahoma, and Oregon

The Southern Poverty Law Center described the group in 2008 as part of an ‘extremist fringe,’ adding that its followers ‘believe that Jews are devilish impostors and … openly condemn whites as evil personified, deserving only death or slavery.’

However, the SPLC states that those believes are not held by the entire group, adding that most followers are neither explicitly racist or anti-Semitic.

The presence of the Black Hebrew Israelites in Brooklyn garnered more attention when Boston Celtics star Jaylen Brown retweeted a video of the group with the caption: ‘Energy.’

Brown, who consistently supported Irving, explained Monday, he thought the men in purple shirts were from the Omega Psi Phi fraternity, a nationwide group formed at Howard University that has included notable African Americans such as poet Langston Hughes, bandleader Count Basie, and the Reverend Jessie Jackson.

When asked about his beliefs earlier this month, Irving said: ‘Again, I’m going to repeat, I don’t know how the label becomes justified because you guys ask me the same questions over and over again.

‘I saw a large group of our people from our community showing support for [Kyrie] and his return,’ Brown said Monday. ‘Me being proud of that support and being proud of our community for doing that does not mean I endorse or celebrate some of the things that were being done or being said.

‘My instinct when I saw this was I didn’t notice which group it was. I just noticed the support, and that’s what I commented on. I reemphasize that I don’t think that everything that is said or being done or being said is something I endorse or represent.’

‘I was not aware of what specific group that was outside of Barclay’s Center tonight,’ he wrote on Sunday evening. ‘I was celebrating the unification of our people welcoming the return of Kyrie to the court, first glance I thought it was a known fraternity the (C/Que’s) Omega psi phi (step’n) showing support.’

Irving’s return to action was conditional, if he meets certain requisites, including ‘apologizing / condemning [the] movie, a $500k donation to anti-hate causes, sensitivity training, antisemitic training, meet with ADL, Jewish leaders and meet with [owner] Joe Tsai to demonstrate understanding,’ according to The Athletic’s Shams Charania.

The point guard is not taking his recent suspension lying down.

‘I’ve got to leave that to my legal team and leave it to the warriors I have around me,’ Irving said Sunday after returning from his eight-game suspension, as quoted by The New York Times. ‘I have strong people, men and women around me that are going to do everything possible to make sure that I am protected and my family is protected and we protect one another.

‘So you know, I’m sure some things will be done in the future. There’s no timetable on that right now 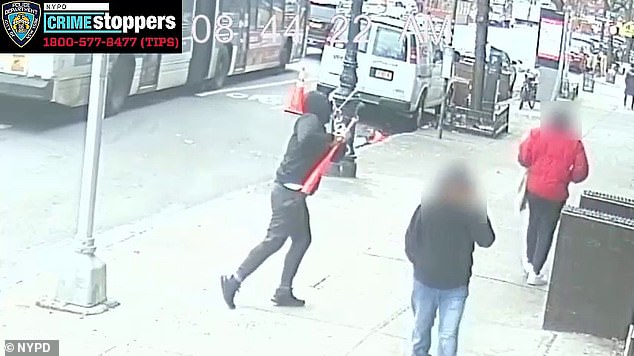 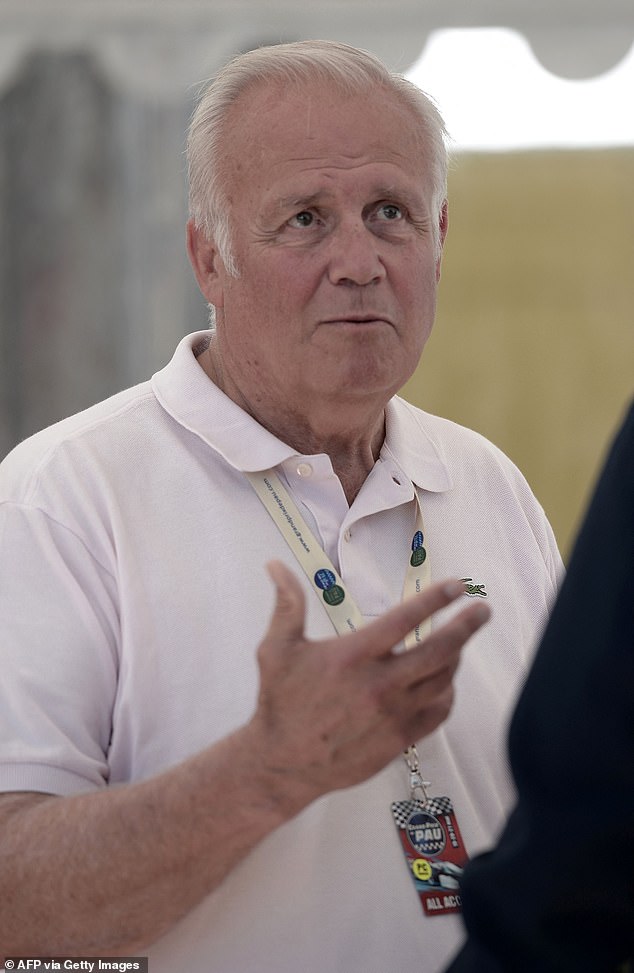 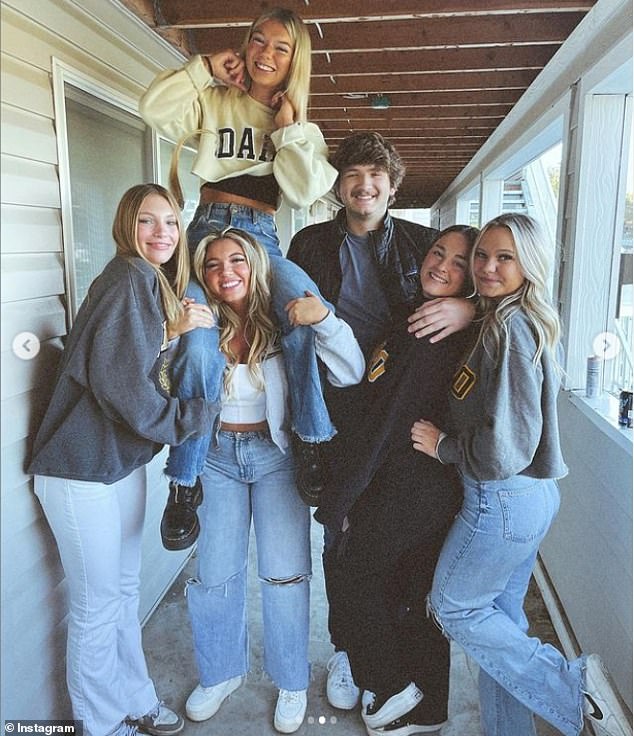 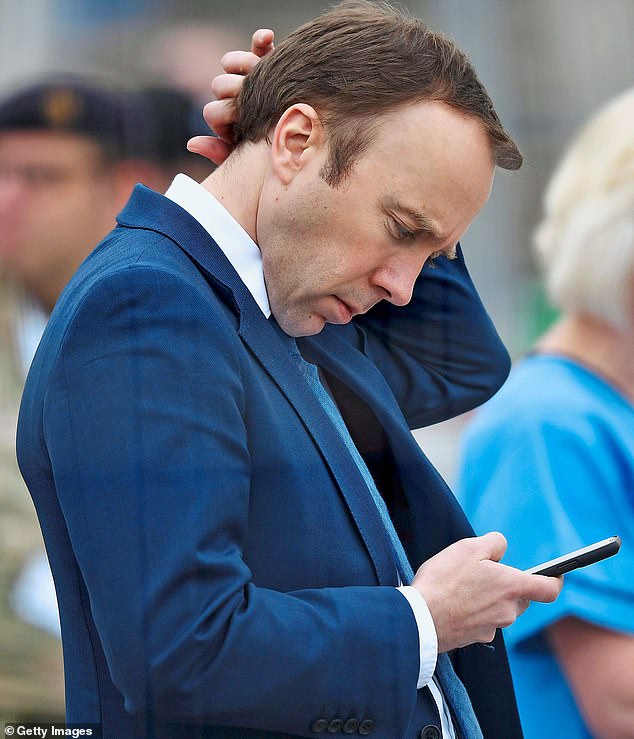