Following a data-rigging scandal that engulfed its managing director, the International Monetary Fund is working to regain its footing in international financial markets while it works to balance the competing interests of its two main backers, the U.S. and China.

The IMF board cleared the group’s leader Kristalina Georgieva earlier this week for her role in a World Bank report that was manipulated to benefit China, but the scandal remains an active issue for the U.S. Treasury and some American lawmakers. “If the allegations are true that China can intimidate objective economic analysis to get its desired outcomes, that’s concerning,” said

of Idaho, the ranking Republican on the Senate Foreign Relations Committee.

Do you think there is a role for the IMF today? If so, what should it look like? Join the conversation below.

On Thursday, the IMF’s ultimate governing body released a communiqué outlining plans to boost financial support for low-income countries to get past the pandemic and a new focus on climate-change mitigation financing. IMF officials also expressed a willingness to move beyond the data-rigging scandal.

“Thorough work was done by the IMF Board,” said

the Swedish finance minister who led the communiqué committee. “There is unanimous and full support for Kristalina and support for the way she is conducting her work as managing director of the IMF.”

The scandal is hardly the group’s  only pressing challenge. Created as a lender of last resort for a newly organized global financial system after the second World War, the IMF today is confronting broader questions about its relevance in the world’s turbulent markets.

Private investors, new lending facilities of the Federal Reserve, and the rise of China as a lender to other countries have all supplanted some traditional IMF functions. That leaves the organization with a diminished role in global finance and growing skepticism from many in Washington about its future.

The rise of China as a lender presents a particular conundrum. Many U.S. officials have grown concerned that IMF programs can ultimately benefit China. Such concerns emerged clearly when in 2018 Pakistan came to the IMF seeking a bailout, partially because it had taken on too much debt for projects with China’s Belt and Road Initiative. China’s external lending and U.S. concerns have only grown since then. Then-Secretary of State Mike Pompeo criticized the IMF at the time, insisting IMF funds shouldn’t be used to bail out China.

During recent financial upheavals, it was the U.S. Federal Reserve that flooded the global financial system with hundreds of billions of dollars of central-bank liquidity swaps. The Fed provided funds directly to many emerging markets, traditionally the IMF’s domain.

“The Fed is the world’s reluctant lender of last resort. The Fed bails out the system,” said Mark Sobel, a longtime senior Treasury official who also served as the U.S. representative at the IMF.

During the pandemic, the IMF instead prepared to deploy the full firepower of roughly $1 trillion in lending capacity, but thus far has played a much smaller role.

Nearly 100 countries sought loans. Total IMF lending climbed from $74 billion in 2019 to as high as $106 billion at the end of 2020. Loans made on concessional, or zero-interest, terms climbed from $7 billion to $14 billion. The IMF committed at this week’s meeting to boost such lending further.

Even small concessional loans are helpful to the world’s poorest countries, but the sums are modest in the context of governments spending over $10 trillion during the crisis.

“Most countries have been able to borrow at historically low interest rates,” the IMF has said in response to this limited use. “Consequently, they did not request additional support.”

The IMF is also working to issue $650 billion of special drawing rights, an IMF monetary asset called SDRs that would be distributed among its members. Countries can swap SDRs for dollars. U.S. Treasury Secretary

has supported the initiative, which won further support at this week’s meetings.

It has skeptics on both sides, however.

Many conservatives in Washington are concerned how funds could flow to Iran or Myanmar. Meanwhile, progressives have noted funding overwhelmingly goes to wealthy nations. At the IMF meeting, wealthy countries agreed to donate funds, but on a voluntary basis.

The IMF has also placed priority on delving into climate-change financing, another difficult push. Many member countries are pressing the IMF to take such a role, which was formally endorsed on Thursday.

The mechanics, however, are difficult for the IMF. Climate programs rely on new contributions from member governments which are difficult to obtain at scale. The IMF has said climate programs would likely be included when countries pursue traditional IMF loans amid crises.

“It may not translate down to significant loan amounts for individual countries, and it would be very complicated to administer,” said

the former head of the IMF’s Strategy, Policy and Review Department.

Amid these headwinds, it’s also not clear how quickly the IMF chief Ms. Georgieva can allay concerns about her own future with the group.

After the IMF’s board cleared Ms. Georgieva on Monday, she sought to return focus to her agenda in news conferences on Wednesday and Thursday. Addressing the scandal, she said: “Look for the problem, it is on the other side of 19th street,” a reference to the World Bank’s headquarters, which sits across the street from the IMF’s Washington headquarters.

An IMF spokesman said Ms. Georgieva’s remarks about “19th street” were only meant to emphasize that the investigation concerned a World Bank report. Ms. Georgieva plans a number of steps, beginning with a town-hall-style meeting with IMF staff on Monday. The IMF’s board also is planning further meetings on the issue. Additionally, the IMF already has detailed review processes for data, under the supervision not of Ms. Georgieva, but the IMF’s No. 2 official,

China’s foreign ministry, addressing the World Bank investigation last month, said it stresses the importance of improving the country’s business environment, “and its achievements are there for all to see.” The Chinese Embassy in Washington hasn’t responded to additional questions about the report.

In a phone call with Ms. Georgieva on Monday, the Treasury Department said, Ms. Yellen had called for “proactive steps [to] reinforce data integrity and credibility at the IMF.”

A person familiar with the Treasury’s views said the Treasury doesn’t consider the matter behind it, and is also still awaiting the outcome of a second investigation into misconduct at the World Bank, where Ms. Georgieva was the No. 2 official from 2017 to 2019.

If the IMF is to move forward and rebuild its credibility, the group needs to make good on its new agenda, said Mr. Sobel, the senior Treasury official. “Time, and doing their job, and doing it right, and keeping their heads down will be the best thing possible,” he said. 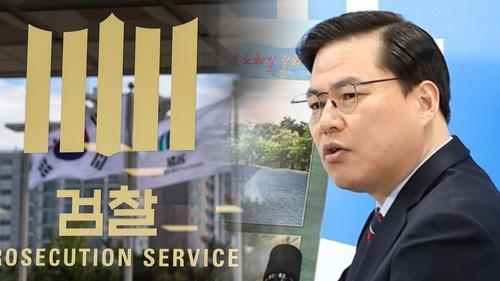 “Aida” brought together all the stars, or How an Azerbaijani woman will become an Ethiopian princess