A person’s personal involvement in some important matter arises when he does it not by order and not for material benefits. Does it voluntarily and with interest. Once in the USSR, they tried to foster such involvement with mass and planned events. For example, subbotniks. The coverage of the population was almost one hundred percent, but formal, so it was not always possible to achieve the set goal. Volunteer organizations today manage to awaken and organize the very involvement when a person becomes a volunteer at the behest of the heart.

Volunteers always act purposefully. Someone helps deliver food and medicine to lonely grandmothers, someone takes care of the sick in hospices or trains children with disabilities. And not for money, but simply the soul asks to help someone in our difficult time. Now in Tver and Kimry there is an interesting volunteer project “Tom Sawyer Fest”. We will talk about him today.

Tom Sawyer Fest is in its second year. In part, the title is a reference to the immortal work of Mark Twain, which hints that the matter will not do without painting the fences. According to the volunteers themselves, what they are doing is a festival of restoration of the historical environment by the efforts of caring citizens, renovation and renovation of old houses, i.e. preservation of antiquity, beauty of bygone centuries. How does this happen?

“The activists are looking for a wooden house in the central part of the city and agree with the residents about the consent to the restoration,” says the organizer of the festival, Igor Dolgikh. – Next, we collect funds for materials and tools, in which sponsorship donations help. And then everyone can contribute to the improvement of Tver. For several weeks on their own, volunteers (usually on weekends) skin, prime, paint. And all this takes place with the participation of architects and restorers, who select the color for the facade, the materials from which the decor elements will be restored.

Tom Sawyer Fest appeared for the first time in Samara relatively recently, in 2015. Then, volunteers managed to restore the facades of seven houses of the late 19th – early 20th centuries. Igor Dolgikh recalls that the idea to organize such a festival in Tver came to him in 2019. True, due to the pandemic, the festival was able to start only in August last year. We started in Tver from scratch, but very quickly a friendly and close-knit community was formed. And it didn’t take too much. The VKontakte group became the information platform, where the cry was thrown.

Truly interested people came, unselfish enthusiasts who were fired up by the idea. The age is different, most of them are from 25 to 40 years old. We can say that Tom Sawyer Fest is entirely an initiative from below, the desire of the townspeople to make the regional capital prettier and more comfortable, and most importantly – to do it themselves. Now there are just over 200 people in the VKonatakte group, these are exactly the people who take an active part in the project. People are, of course, different. Someone asks carefully, someone immediately offers their help, expressing their willingness to share tools and materials.

Motion for the benefit of society

Tourists from other cities often look for old streets with wooden buildings in Tver to admire and take pictures. And those who live in Tver just want to make their city better. It is curious that both of them sometimes find themselves on the site of the “Tom Sawyer Fest”. For example, this year guests from the capital worked at the facility.

“In Moscow, such wooden architecture is already a rarity, so guests come to us not only to enjoy the beauty of antiquity, but also to make their own contribution to its restoration,” explains Igor Dolgikh. “And you know, it really does catch on. Personally, I have not had a day when I would not like to go to the site. Here you are surrounded by like-minded people, people who share your views, and together you are doing the right thing, the right thing. It is addictive, you always want to do a little more, even if the day ends. By the end of the season, fatigue accumulates, but then you wait for spring to do what you love again.

What’s the secret? What makes adults and busy people spend their free time in social activities? After all, everyone already has their own interests – a career, work tasks, family, friends and hobbies. It would seem that you live and increase your personal capital. No matter how loud it sounds, it is probably from such projects as “Tom Sawyer Fest” that a new civil society, about which so much has been said, will grow.

The second season is now almost over. It remains to complete the finishing touches so that the house on Sofia Perovskaya Street regains its former beauty.

– What would we like ideally? – Igor Dolgikh clarifies. – A little more attention from the media and sponsors. And then we would be able to handle more serious objects for recovery, we could attract more volunteers. By speaking as a united front, you can always make a greater contribution to a good cause.

Learn to love your city!

The picture about “Tom Sawyer Fest” on the Tver land will be far from complete, if you do not remember the Kimry volunteers. They have more experience than Tver enthusiasts, and therefore a more solid track record. They began working in 2018, restoring the look of the house of P.I. Blinov on Kirov Street. And for the second year they have been restoring the estate on Ordzhonikidze Street. Serious object! And the Kimry themselves are just a storehouse of old buildings that have not yet been included in any security register. On the one hand, such “defenselessness” of 19th century wooden houses is saddening: if need be, local authorities or the owners themselves can demolish them. On the other hand, nothing prevents volunteers from taking and repairing non-patented architectural monuments. Reading the latest revelations of VKontakte volunteers, you envy their dedication and optimism. Such is the post the enthusiasts made in the group when the heat wave was abnormal:

“The weather does not whisper, the weather insistently shouts:” Stop working, it’s time to rest! ” But we are also persistent, we have not yet done so much! ”.

Here is another post published just the other day:

“And we have finally completed the mezzanine balcony, can you imagine ?! We put up side balustrades and fastened the whole structure together, now you can not only not be afraid to lean on the handrail, but even sit on it! It remains to paint everything, and the manor balcony will be recreated! “

Well, how can one not rejoice for the workers, for whom the restoration of the beauty of their native city is a matter for the soul! Here, indeed, we can talk about their involvement in the history of their hometown. And love…

The interests of the Kimry volunteers are not limited to the restoration of antiquity objects. Recently, they helped the local historian Vladimir Korkunov in raising funds for the publication of a book of local history essays on the Kimr land, collected 43,400 rubles.

By the way, there were cases when public figures had to uncompromisingly defend their position in the preservation of the architectural heritage before the local authorities. They are also directly involved in the discussion of the announced projects for a comfortable urban environment. The motto “Learn to love your city not only in words” sounds quite convincing in this context:

– If we sit idly by, the Kimry will soon lose its historical appearance forever. To prevent this from happening, let’s not stand aside, unite and help our beloved city!

There is sometimes a curious overlap between the volunteer communities. In this light, the comment by the leader of the social movement “WeVmeste” Yulia Saranova, who also participated in the restoration of an old house in Kimry, is very indicative in this light. Julia published the post on July 20, and now, when the season of works is coming to an end and the results can be summed up, it is very appropriate to quote him:

“Three years ago I attended the Tom Sawyer Fest Kimry. Together with volunteers, we restored the very beautiful house of Pavel Ivanovich Blinov. Since then, I have dearly fallen in love with this cozy city of wooden Art Nouveau.

Kimry provincial Art Nouveau is the hallmark of the city. Quaint houses in varying degrees of preservation are scattered throughout the historical part of Kimr. Before everyone I want to stop and see to the smallest detail. What is only one house of the merchant Luzhin, which looks much more like a fairytale tower than a residential building! Obviously, therefore, it is no coincidence that Tom Sawyer Fest in the Tver region began in Kimry. Perhaps there is no better city with such a rich wooden historical and cultural heritage. And I am very glad that the Tom Sawyer Festa team has now appeared in Tver.

The facades of residential wooden houses are being put in order, based on historical information and photographs. Today, for example, the Kimry team took on the stone house of Ivan Kalinin for the first time. There is still a lot of work ahead, but I can’t wait to see the result. Restoring a house, and even more so a stone one, is an extremely time-consuming and complex process. I say this like a man who sanded walls and trims on a wooden one. And I am glad that I was involved in this important matter. “

Mortality due to alcohol poisoning has decreased in Russia – Rossiyskaya Gazeta 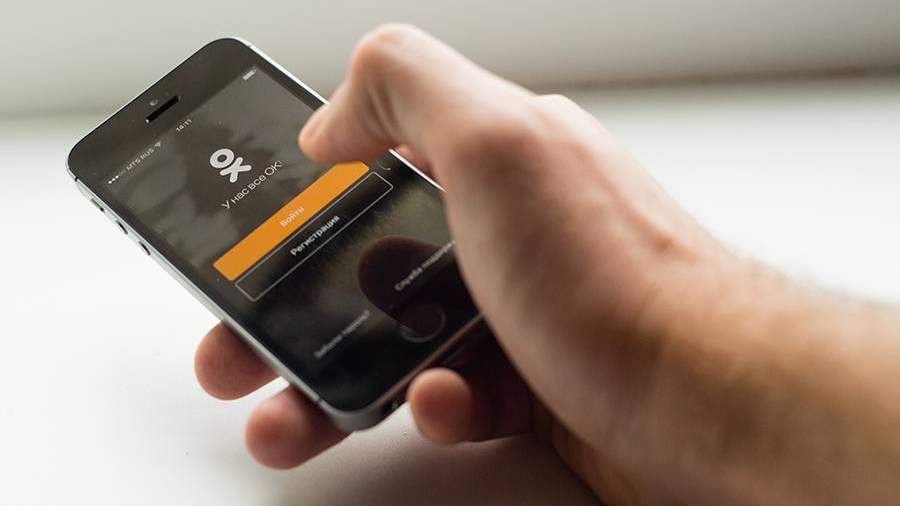