LONDON: Despite some lack of clarity, low voter turnout, the exclusion of several groups and the overarching security, the Iraqi elections this week were “surprisingly” well run and managed and were genuinely competitive, according to experts.
“It was a special experience being the first chief observer of the European Union Election Observation Mission to Iraq,” said Viola Von Cramon-Taubadel, a member of the European Parliament.
“Coming from a, let’s say, very civil society in Germany and even more-robust political environments in a post-Soviet world, something like this I have never experienced or seen before.”
She was speaking on Thursday during a panel discussion, organized by UK think tank Chatham House, about the Iraqi elections last Sunday and what they mean for the government. Only about 9 million of 22 million eligible voters cast a vote, a turnout of just over 40 percent.
Cramon-Taubadel said observers’ preliminary statement was fairly critical and that the low voter turnout was in part due to structural problems, including a lack of access and services for people with special needs, including those with vision and hearing impairments and in wheelchairs. The high level of security at polling stations also hindered access and several sections of the population were excluded, such as internally displaced persons, she added, and there were technical issues with voter cards that did not work and biometric systems that failed to recognize fingerprints.
However she compared this with election experiences in Berlin, where significant problems have also been encountered. And in terms of the fundamentals, Iraq fared relatively well, she added.
“In terms of administration, in terms of having everything, people knew what they were doing and the technology worked, mainly — I cannot say this for Berlin, honestly,” said Cramon-Taubadel.

Many democratic countries are experiencing increasingly low levels of voter turnout, even the US, she added, but rather than comparing Iraq’s elections with those in the West she suggested that a more relevant comparison was with the previous elections in Iraq, in 2018.
“The level of security, the level of professionalism…in general, if you look through the process how it went in 2018 and now, I would say this was a huge upgrade,” said Cramon-Taubadel. “And I have only heard that people were surprised by how many independent candidates in the end have made it, and they kind of regretted their decision to boycott (the election) because they didn’t believe, they didn’t trust the institution and there was no confidence in the IT system.”
Authorities ran election simulations before and after the vote and have precautionary measures in place to prevent fraud or tampering, she explained, and eradicated a number of loopholes in the past month.
Cramon-Taubadel said she saw highly-sophisticated precautionary measures in place at a warehouse in Basra where ballots were being stored, to protect it and avoid a repeat of incidents such as a warehouse fire in Baghdad during the 2018 election in which votes were destroyed. Staff at polling stations were well trained and committed, she added, but they were sad and frustrated because they had hoped for higher turnouts that would have given then more to do, especially in urban areas.
Regarding accusations of fraud and ballot-rigging, Cramon-Taubadel said the UN Assistance Mission for Iraq has access to the raw election data and has not found any evidence of this. Expressing her trust in Iraq’s Independent High Electoral Commission, she said any indications of fraudulent activity should be submitted to it so that their and EU observers can implement the proper legal mechanisms and investigate.
She said the main thing now is for the government to listen to the people and include the views of protest movements in the political process, focus on rebuilding the nation’s infrastructure, particularly the “awful” schools, and try to capitalize on oil and other resources while it can because the Iraqi people “deserve better.”
Harith Hasan, a non-resident senior fellow at the Malcolm H. Kerr Carnegie Middle East Center, said the low turnout had favored some parties and hurt others.
Muqtada Al-Sadr’s bloc was the biggest winner, taking more than 70 seats, followed by Mohammed Al-Halbousi’s Progress Party, Masoud Barzani’s Kurdistan Democratic Party, and Nouri Al-Maliki’s State of Law, all of whom won more than 30 seats. The most notable loser was the Fatah bloc, pro-Iranian Shiite parties with links to armed groups, affiliated with the Popular Mobilization Forces (Hashd Al-Shaabi).

Iraq’s populist cleric Moqtada Al-Sadr shows his ink-stained finger after casting his vote at a polling station in the central Iraqi shrine city of Najaf on Oct. 10, 2021. (AFP)

Hasan said Iran is the country with the biggest stake in the outcome of Iraq’s election, because of the influence it exerts over its neighbor.
“The Iranians have three interests in Iraq,” he explained. “The first is, of course, the ending of the US military presence and making sure there are no threats coming from Iraq.
“The second is maintaining the Hashd Al-Shaabi, and the third is keeping the Iraqi markets open for Iranian products.”
Tehran would prefer an Iraqi government dominated by its allies, which they believe would secure their interests much better than a government dominated by Al-Sadr, Hasan said, but much will depend on who is responsible for Iraqi policy in President Ebrahim Raisi’s government.
Hanaa Edwar, the founder and general secretary of the Iraqi Al-Amal Association, a non-political, non-sectarian organization of volunteers that works to improve the lives of all Iraqis, said that if there is an effort to “really build an opposition for the first time inside the parliament,” that would be a positive first step.
“And if they really can confront cutting MPs’ privileges, materially and funding and so on, I think this is also something we can take into consideration as a positive step,” she added.
She said this will depend on how established national parties and MPs cooperate with new parties, as well as civil society, intellectuals and “the movement in the street,” which have a large role to play “in the development of this new era in the country.” 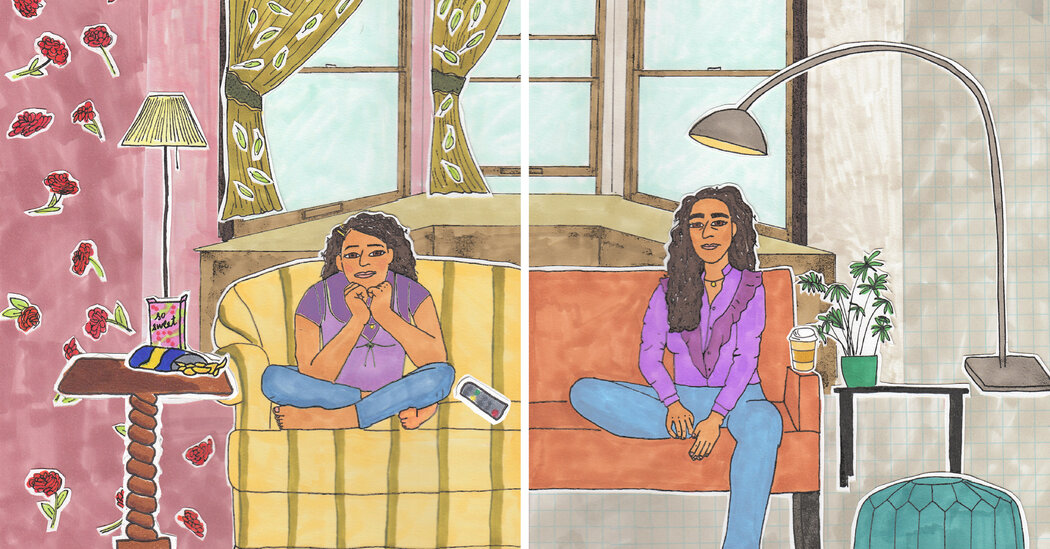 ’90s Sitcoms Shaped Me as an Immigrant Child. What if They Hadn’t?