A string of recent underwhelming stock market launches and abandoned deals has taken the shine off of Russia’s record-breaking wave of initial public offerings (IPOs).

Two mega deals have been scrapped in the last week — carsharing firm Delimobil and discount alcohol retailer Mercury Retail — with analysts and investors pointing to high asking prices, strong international competition for investors’ cash, Russia’s shallow pool of institutional funds and fears company owners could be seeking to cash out at the top of the market.

“Investors have a lot of choice right now. Last week they could have participated in any of a dozen large IPOs in the U.S. — and just as many this week,” said Leonid Delitsyn, an analyst at Moscow brokerage Finam.

“Cash rolled out through stimulus packages in many countries is coming into the stock market, driving investments in sectors that investors might normally be afraid of. But that doesn’t mean money is going to be given to everybody and for any project.”

Delimobil had been poised to become one of the world’s first publicly-traded carsharing firms and was eyeing a possible $1 billion valuation. Mercury Retail — which runs the Red & White and Bristol chains of liquor sellers across Russia — was aiming for a $12-13 billion valuation. Both were pulled at the final hour, following underwhelming rounds of bookbuilding — when investors place their orders for how many shares they want and what price they are willing to pay in the days leading up to the launch. The firms cited unfavorable “market conditions.”

Analysts suspect the companies received pushback from investors who did not agree with their valuations, and rather than reducing the price, decided to scrap the launches entirely.

The setbacks come in the midst of Russia’s most active period for stock market launches in a decade. Following a dearth after the imposition of Western sanctions in response to Russia’s annexation of Crimea and alleged interference in the 2016 U.S. election, cash has come flooding back into the Russian market over the last 18 months.

Since the start of the pandemic, Russian companies have raised more than $5.5 billion in fresh capital through IPOs, according to Mergermarket data — more than in the previous six years combined. Launches have included online retailer Ozone, which became Russia’s first publicly listed ecommerce firm, securing a $1 billion in a listing on the U.S.-based Nasdaq last year, and discount retailer FixPrice, which raised almost $2 billion on the London Stock Exchange in March — the largest Russian listing since 2014.

There are plenty more possible launches on the cards — health food retailer VkusVill, bailed out lender Opening of the Bank, video streaming service IVI and discount clothes retailer Familia are among some of the most hotly tipped for the coming months. St. Petersburg’s stock market, the SPB Exchange, is currently bookbuilding in an attempt to gain $150 million and start publicly trading on its own exchange. It’s launch will be a key indicator of investor appetite following the setbacks with Mercury Retail and Delimobil.

But those two have not been the only stumbles in Russian corporates’ fragile return to global capital markets following the lengthy dry spell.

Two Russian gold miners pulled IPOs earlier this year, also citing unfavorable market conditions. More worryingly for investors, four of the six companies to debut this year, are currently trading in the red — including bellwether FixPrice, whose share price is down by more than 10%.

“This is an alarming signal that suggests that when conducting an IPO in the domestic market, the sellers overestimate the firm’s value,” said Alexander Abramov, an economist and stock market expert at the Presidential Academy of National Economy and Public Administration in Moscow. He pointed to an “insufficient” and “poorly developed” pool of institutional investors in Russia, which has limited the sources of stable long-term investment that new companies can tap into.

While analysts say different reasons triggered the u-turns by Delimobil and Mercury Retail, the setbacks have highlighted some of the barriers Russian companies face when going public, even with stock markets in Russia and globally at record highs.

Carsharing service Delimobil could have suffered from frothy share prices for global tech companies, according to Loko Invest’s Dmitry Polevoy. Its position in a young sector with few other public companies for investors to compare it with also sapped enthusiasm for the firm’s chosen price range.

Mercury also failed to attract investors to its high asking price, and Finam’s Delitsyn highlighted the underperformance of other listed Russian retail companies, headwinds in the shape of rising inflation and falling living standards, and the fact that original shareholders were selling off their stakes in the company — a possible sign of them trying to time their exit.

While the successful debut of online real estate platform Cian, which priced at the top of its indicated range last week, is seen by many as a sign of continued optimism and strong demand to buy into new parts of the Russian economy, the structure of the deal has raised questions.

Shareholders raked in more than $225 million of the $290 million raised, with another $30 million going to management bonuses, leaving little for the company itself. That showcases the dilemma facing investors weighing up some individual listings — is the IPO going to help fuel the company’s growth, or are founders and early investors trying to cash out at the top of the market?

Despite the wobbles, analysts say Russia’s IPO pipeline is still in its strongest position for at least a decade.

“Conditions have indeed tightened somewhat, but I do not think that the cancellation by individual companies is fully indicative of the prospects for new placements on the horizon for the next few years,” said Albert Koroev, stock market expert at the BCS World of Investments brokerage.

Should the majority of firms lining up a listing make it to market — many consumer-focused and technology-driven — analysts see a potentially transformational effect for the Russian stock market.

“The key drawback of the Russian stock market has been its narrowness and that it was limited to commodity companies and banks. That’s finally beginning to be corrected and the market is starting to broaden. The new companies are typically not from the raw materials sector — which allows both institutional and private investors to diversify their portfolios,” said Igor Vagizoz, director of Russian financial advisory firm InvestLand.

Vagizoz also believes a less crowded field of newbie stock market entrants in the rest of the world in the coming months will help Russia.

“In our opinion, the IPO boom in the U.S. is coming to an end, whereas in Russia it is just beginning. The upcoming placement of SPB Exchange will give a new impetus,” he said.

For Russian companies, stock market debuts will also remain popular, even if the market stumbles and some are opting to hold back. That’s because the benefits extend far beyond the obvious financial incentives, said Loko Invest’s Polevoy.

“Many private companies [in Russia] look at placing shares on the stock market as an affordable instrument to protect against ‘unfriendly’ takeover attempts in an unfavorable investment climate and business environment. Against this backdrop, the corporate interest in IPOs will remain.” Why Russia’s mania for Elon Musk just keeps on growing 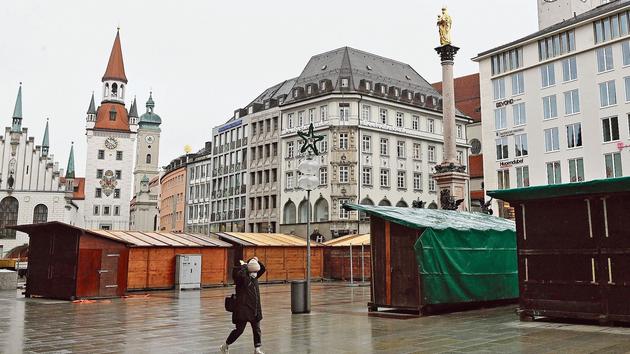