A former Victorian government minister has admitted signing off timesheets that allowed a staff member doing factional work to be paid with taxpayer funds – but Adem Somyurek has denied trying to hide that other employees were performing similar tasks.

Somyurek told the Independent Broad-based Anti-corruption Commission (Ibac) he agreed it was wrong and he lied when he signed a timesheet approving the payments to a casual staff member he knew was doing work on behalf of the faction at the time.

The commission is investigating whether public resources were misused as part of a widespread branch stacking operation within the moderate faction of the Victorian ALP branch. Branch stacking is not illegal but is a breach of party rules.

Text messages were shown to the commission that indicated Somyurek was aware that a staffer for the faction, Salazar Youhorn, was required to sort out “member discrepancies” within the Cambodian community at the office of MP Meng Heang Tak in July 2019.

Ensuring the accuracy of member details was a central part of factional work, the commission has heard.

But on the day the work was being done in Tak’s office, Somyurek signed a time sheet saying Youhorn had instead been doing a “project” in his office. The parliamentary employment timesheet, a copy of which was shown during the hearing on Tuesday, specified “payment must not be claimed for party political activities”.

Somyurek agreed with a suggestion from counsel assisting the commission, Chris Carr SC, that signing the form “was a lie”.

“I’m not going to be cute about it … yeah it’s wrong,” Somyurek said.

Soon after, when Carr asked “what about that is not corruption”, Somyurek responded: “Yeah, OK.”

Carr told Somyurek that Ibac had uncovered dozens and dozens of similar timesheets relating to employees signed by Somyurek with a box checked indicating other duties and then specifying “working on project”.

In a seperate example involving Youhorn, both Somyurek and Tak paid him for work he supposedly did for each of them on the same day in June 2020, according to two timesheets showned at the hearing.

“There’s obviously a confusion,” Somyurek said. “I can’t see anything sinister in it.”

Another staffer paid by Somyurek, Jacob Cripps, had given evidence to the commission he was specifically told not to show up to Somyurek’s electorate office. Carr said Cripps had given evidence the job “was effectively just a charitable thing that he would be given free money by the taxpayer because he was going through a hard time”.

Cripps was paid after Somyurek signed a timesheet similar to the dozens of others uncovered by Ibac, Carr said.

Somyurek vehemently denied the staffer would have been told not to show up to work or expected not to do any work.

But he said the staffer was given the job because he had been sacked by another faction for switching allegiances to Somyurek’s faction.

Carr also asked Somyurek about Dr Hussein Haraco, who was paid by Somyurek’s office for multiple days while working from home because of Covid-19 restrictions last year, but allegedly did not log on to his computer on those days.

In a phone call intercepted by Ibac in June 2020, Somyurek told Rick Garotti, a factional ally close to Haraco, that he wanted Haraco to be careful, given Ibac had recently started its investigation.

He said he wanted Haraco to be careful with “everything”, including logging on, but denied a suggestion from Carr that this was because he was trying to conceal from Ibac the factional work his staffers were doing.

“When Ibac goes into something they’re going to get everything,” Somyurek said on Tuesday. “You can’t hide.”

Ibac commissioner, Robert Redlich QC, responded: “I wish that was true Mr Somyurek, you would be surprised how limiting the legislation is.”

Earlier on Tuesday, Somyurek said he “lost all perspective” during a fierce factional battle and should be “condemned” for his behaviour during the period.

But he reiterated that he did not sanction widespread rorting of public funds.

In a recording of a March 2020 conversation played during Somyurek’s evidence, the upper house MP was told by an unidentified Labor staffer working on behalf of the faction that she suspects signatures on some membership forms have been forged.

“Fuck,” Somyurek responds, before asking “do people check that much”.

Carr asked whether this indicated Somyurek felt “no compunction” about the forgeries, to which Somyurek agreed, saying the only other possibility was that he thought the Labor staffer was being pedantic.

He said that ultimately he accepted his behaviour during this period was blinded by a factional battle with the Socialist Left.

“I had lost all perspective, and you can condemn me in the strongest possible terms,” he said.

Somyurek also agreed that earlier in the same discussion he agreed to pay the membership fees for “Somalis”, in breach of party rules. There was a discussion during the same conversation about who would pay for the fees for members from Indian ethnic backgrounds.

Somyurek, who indicated during his evidence that he was working on a book about his time in politics, was again told multiple times by Carr and the Ibac commissioner, Robert Redlich QC, to directly answer questions.

He has made repeated mention of the difference between publicly-funded staff performing factional work during part of their rostered hours, as opposed to doing full-time political work, as was uncovered during the Red Shirts scandal.

Carr described this as Somyurek’s “proportionality analysis” to determining what was corrupt, saying it was his position that “as long as it’s only days here or there, there’s no corruption involved”.

Somyurek also repeatedly emphasised that there simply was not enough factional work that needed to be completed that would justify the hiring of people on publicly-funded salaries purely for that purpose.

But Somyurek agreed with Redlich that he never told his staff “thou shalt not do factional work during working hours”, partially because he thought it was permitted under laws governing the use of parliamentary staff, and that it was common within politics.

Somyurek’s evidence began on Monday when he accused the Victorian premier, Daniel Andrews, of dismissing his concerns about Labor’s red shirts scandal.

It was a $388,000 scheme involving the misuse of parliamentary allowances to pay Labor’s political campaign staff ahead of the 2014 election.

Somyurek described the red shirts scandal to Ibac as “a gold standard rort”. He said when he raised his concerns with Andrews, who was then opposition leader, he responded with “words to the effect…[do] you want to win an election or not, basically”. Somyurek said he had given evidence regarding this meeting with Andrews to a parliamentary committee in 2017 or 2018.

Asked about the claims on Tuesday, Andrews said Labor had made “a number of important rule changes” since the Victorian ombudsman’s investigation into the scheme.

He said the party was “deeply regretful” of the red shirts affair, had already accepted responsibility for it and that he would appear before Ibac if asked to. 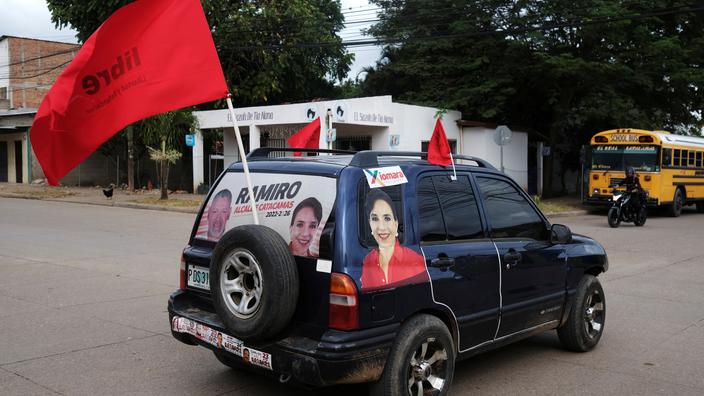 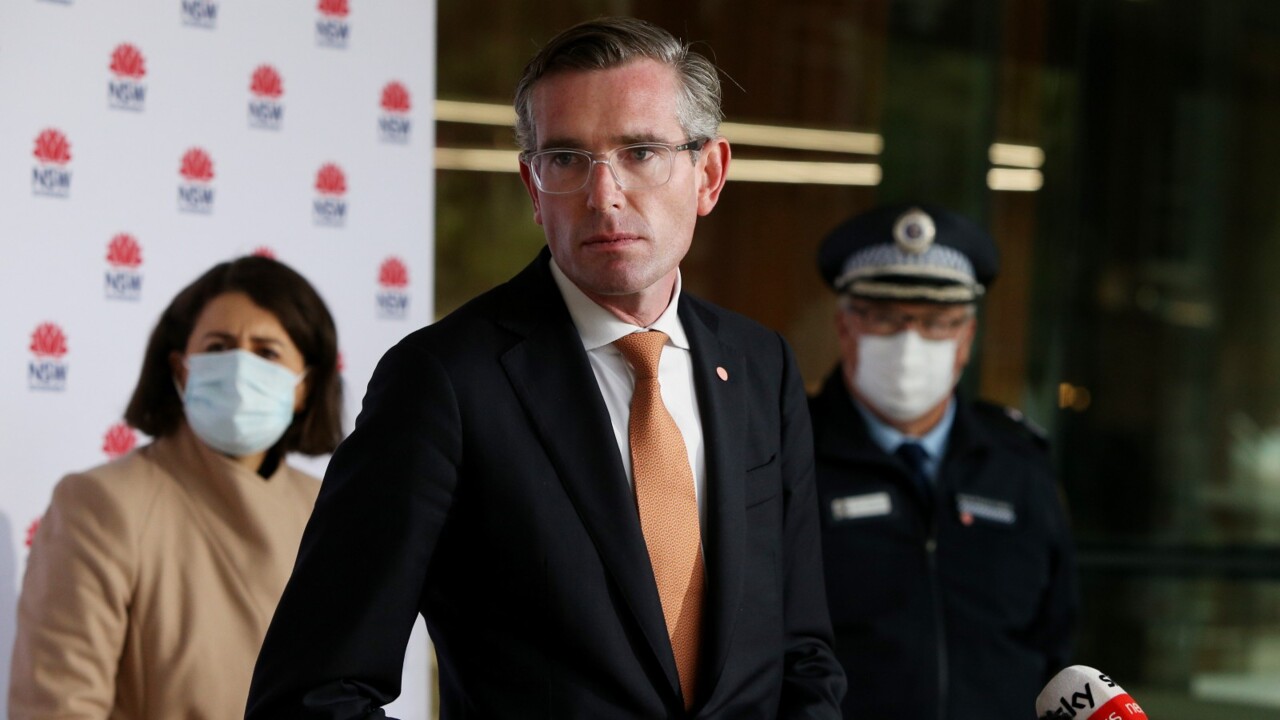 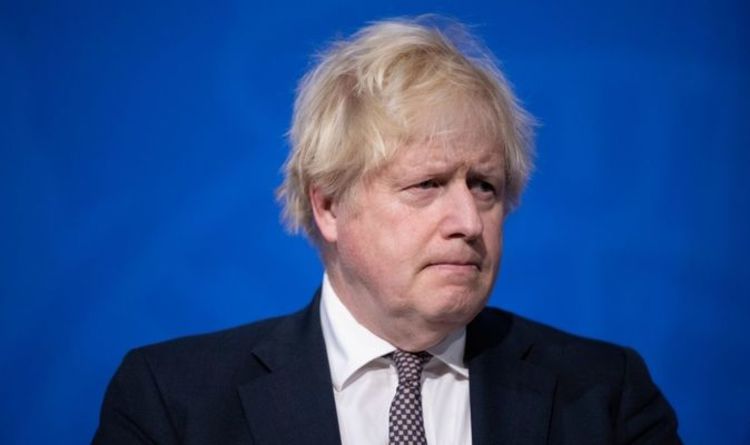