Amid a historic announcement, US President Joe Biden stumbled over one of his new partner’s names.

In a historic joint announcement with the United States and the United Kingdom detailing Australia’s nuclear transition, Prime Minister Scott Morrison has been called “that fellow down under” by President Biden.

Australia will scrap a controversial $90 billion program to build submarines in favour of turning the fleet nuclear, thanks to the United States and the United Kingdom.

Prime Minister Scott Morrison on Thursday morning confirmed Australia would use American and British technology to build its next fleet, replacing the existing Collins class subs.

He also confirmed Australia, the United States and the United Kingdom have former a new trilateral security partnership – AUUKUS – with a focus on technology.

Amid the press conference, which featured leaders from all countries, Mr Biden thanked “that fellow down under” for bringing the countries together.

“Thank you Boris, and I want to thank that fellow down under,” he said.

“Thank you very much, pal! Appreciate it, Mr Prime Minister.

He quickly followed his tracks and addressed Mr Morrison by name as he thanked him for his partnership.

The fumble was not missed by Twitter, with users criticising the announcement could have been “more significant” if Mr Biden hadn’t forgotten Mr Morrison’s name.

The new vessels will not be armed with nuclear weapons, but will use the nuclear-powered technology used by the US and the UK.

Mr Morrison said over the next 18 months the three countries would work together to “seek to determine the best way forward”.

“This will include an intense examination of what we need to do to exercise our nuclear stewardship responsibilities here in Australia,” Mr Morrison said.

The announcement is expected to be met with retaliation by China, who are likely to see it as an attack on their regional influence.

Mr Morrison raced back to Canberra from Sydney on Tuesday to convene a National Security Committee of Cabinet ahead of the announcement. 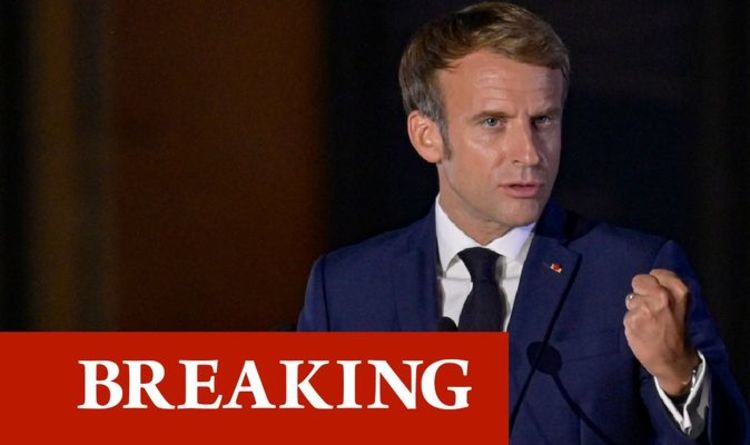