A first instance judicial decision, by the Claudio County (about 150 km from Belo Horizonte), determined last Friday (19) that the State of Minas Gerais should pay more than R $ 2 million in compensation for the areas belonging the family of Aécio Neves (PSDB) and that were incorporated into the aerodrome built in the city when he was governor.

The value is double what was initially assessed.

As part of the amount has already been paid, the State of Minas Gerais was ordered to indemnify the relatives of the former governor and current federal deputy at R $ 1,109,389.75, plus compensatory interest at the rate of 6% per year.

Appeal against the decision of Judge José Alexandre Marson Guidi. The State Attorney General said that it has not yet been summoned on the determination of the District of Cláudio.

One of the lawyers representing Aécio’s relatives said the family would not speak out. Another lawyer did not respond until the publication of this report.

In 2014, the year of presidential elections, sheet revealed in a report that the keys to the aerodrome and its control, although public, were with relatives of the then toucan candidate to Planalto, Aécio Neves.

The report pointed out that in 2010, at the end of Aécio’s second term, the Minas Gerais government had disbursed almost R $ 14 million to build the aerodrome inside the toucan’s uncle’s farm.

A cousin of Aécio reported that the former governor used the track whenever he visited the city. The operation of the place was considered irregular by Anac (National Civil Aviation Agency) at the time. Asked by sheet, at the time, on the frequency of his visits to the city and the use of the aerodrome, Aécio did not respond.

The agency says that today the public aerodrome is registered and open to air traffic, with the operation of small aircraft. Administration is carried out by Cláudio’s City Hall, which did not respond to requests for interview in the report.

In May 2015, Aécio’s great-uncle, Múcio Guimarães Tolentino, was ordered to return to the public coffers the money spent to build an airstrip in the area in the 1980s, when he was mayor of the municipality, and his brother-in-law, Tancredo Neves, Aécio’s grandfather, was governor of Minas Gerais – the state government financed the work.

In 2001, the Court blocked assets of Aécio’s great-uncle after the Public Prosecutor’s Office understood that he appropriated a public good with the work, since the track was inside his farm, and filed a civil lawsuit against him.

Seven years later, under the Aécio government, the state expropriated the land for the construction of the aerodrome and took action to discuss the value. The total offered, around R $ 1 million, was deposited in a judicial account.

Cláudio’s City Hall evaluated the areas to be expropriated at R $ 1,074,407.64, an amount that was deposited as indemnity. Aécio’s family members agreed with the expropriation, but asked for a new expertise for disagreeing with the amount paid by the state.

Another judicial appraisal, in 2009, evaluated the areas, then, at R $ 3,464,629.60, but the evaluation ended up being annulled because it was carried out by a real estate agent and not by a surveyor engineer, due to the specificity of the case.

Two more investigations were carried out and annulled due to defects, until the report, which reached the amount of R $ 2,183,797.39, was concluded, with which the parties agreed, according to the sentence recapitulate.

The Public Prosecutor’s Office of Minas Gerais even asked for clarification on the size of the area affected by the state, questioning the DER-MG (Department of Buildings and Highway) about the area of ​​the runway that existed before the aerodrome at the site, arguing that the property built over it would not be liable to compensation.

The department responded, however, still according to what was reported in the sentence, that it did not find documents, nor had knowledge about the work or expropriation between 1983 and 1985 at the site, funded by public resources, which led the Public Ministry to opine on the judgment merit.

“By the documents that instructed the initial, the legality of the expropriation of the area is verified, the plaintiff having been imitated, preliminarily, in the possession of the property even before the judicial investigation was carried out. There was no opposition to any formal irregularity in the expropriation process ”, says Judge José Alexandre Marson Guidi, responsible for the judicial decision last Friday (19).

He also says that “the fair indemnity would be one that would not only cover the real value of the property, but also that which would cover the resulting damages and lost profits as a result of compulsory appropriation by the public power”.

The judge states that “what we see from the case file is that the value offered by the state would not meet the market value of the property that is the object of the expropriation”.

In 2014, the Public Ministry of Minas Gerais opened an investigation to investigate the work on the aerodrome, but ended up closing the case the following year. The promoters’ conclusion was that there was no irregularity in the choice of land and construction in Cláudio.

Through a note, federal deputy Aécio Neves says that the judicial decision has nothing to do with his time as governor of Minas Gerais and that she “recognizes, once again, the legality of all procedures involving the expropriation of the area”.

The note goes on to state that the indemnity considered low shows the zeal of Aécio’s management with public resources and that the aerodrome work was part of the ProAero program, promoting improvements in several regions of Minas.

“The negotiations that involved the work, as a rule, were conducted by the technical areas of the state responsible for choosing the site and evaluating the area. The pre-existence, for decades, of an earth landing strip at the site made the work cheaper ”, says the text.

The note does not mention anything about the uses made by Aécio himself of the aerodrome, to get to and from the city where he used to visit family members.

After being the target of several accusations, Aécio lost prestige in the PSDB especially after the release of the audio in which he asked for money for businessman Joesley Batista.

In recent years, he has fought in the party with the current governor of São Paulo, João Doria, who already defended the expulsion of the miner, but ended up defeated in the National Executive of the acronym.

In August 2019, despite the mobilization of the wing linked to Doria to try to remove Aécio from the PSDB, the executive decided to reject two requests for expulsion: there were 30 votes in favor of the toucan deputy and only 4 against. 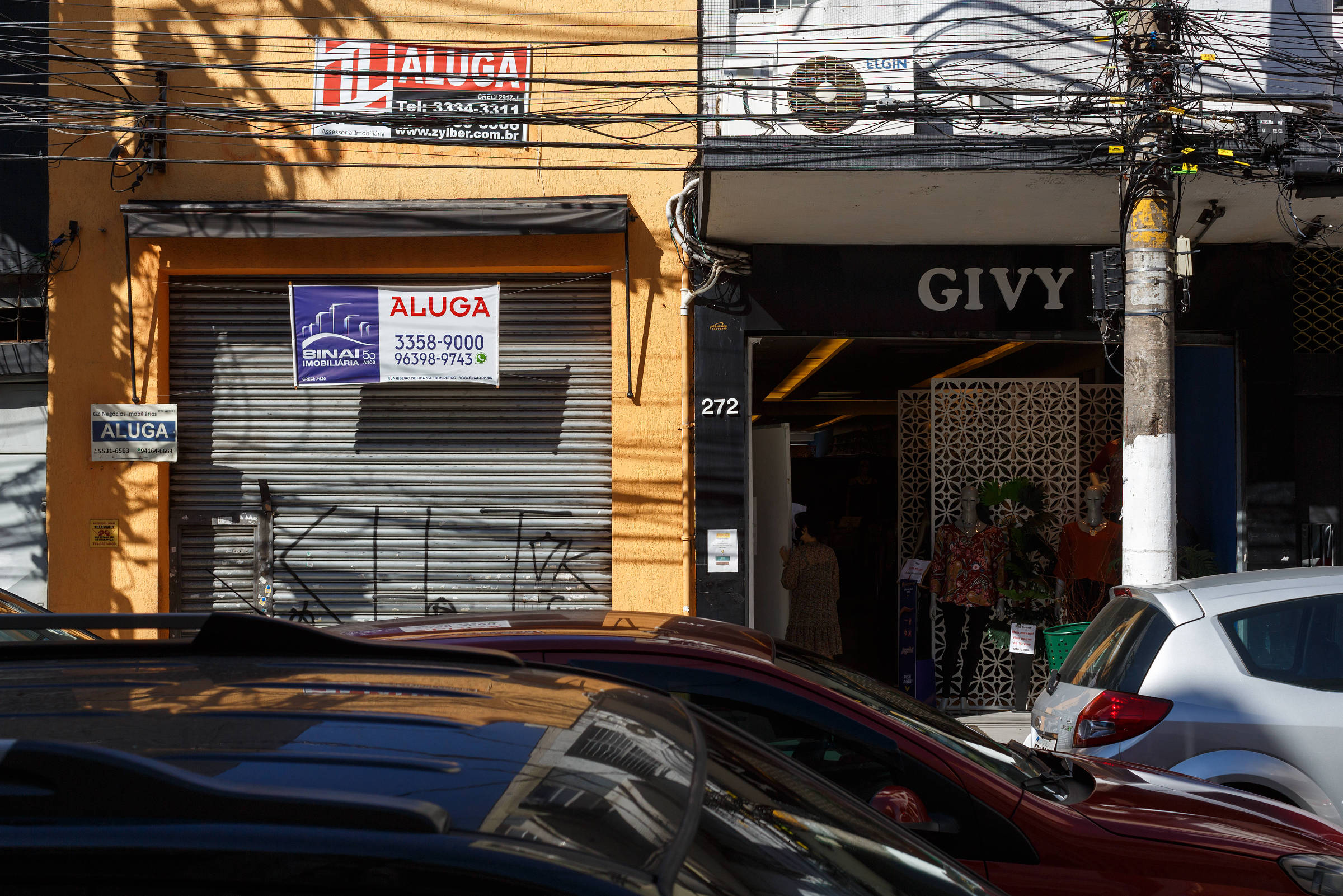 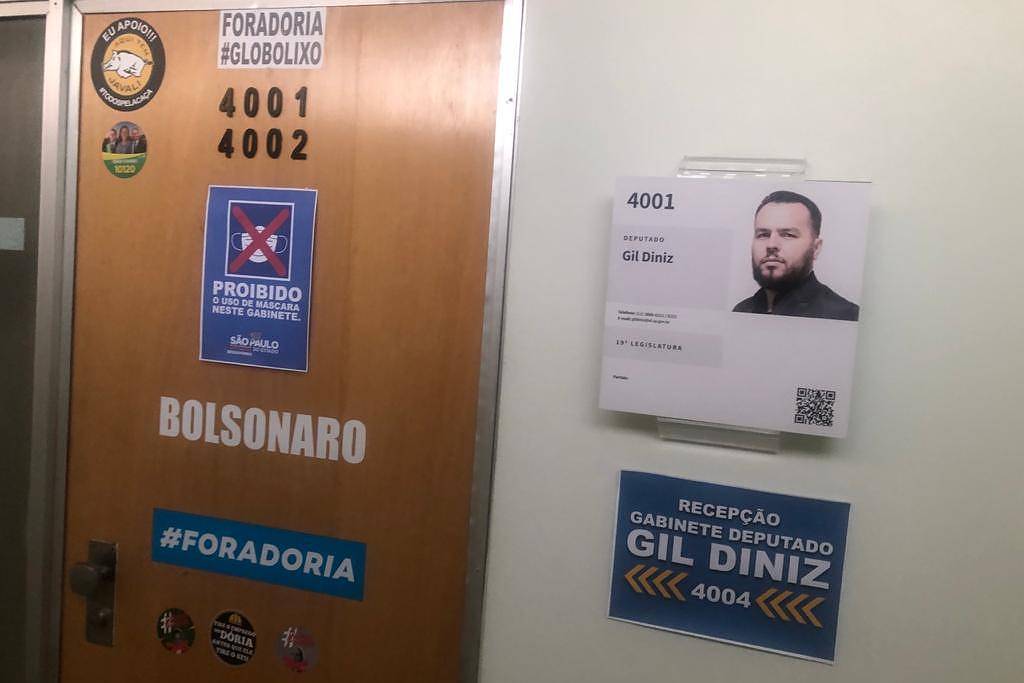