Oozing lava stretched down a hillside in La Palma, one of Spain’s Canary Islands, on September 19, after a volcano erupted earlier that day. The eruption at the Cumbre Vieja volcano was reported around 3:30 pm local time on Sunday, prompting response from local government, firefighters, civil protection, and the Canary Islands Volcanology Institute (Involcan). Between 5,000 and 10,000 people were expected to be evacuated from areas near the volcano, police said. Footage filmed by the Geological and Mining Institute of Spain on Sunday shows an aerial view of the lava flow as it burned trees, vegetation, roadways, and structures. Credit: Instituto Geológico y Minero de España via Storyful 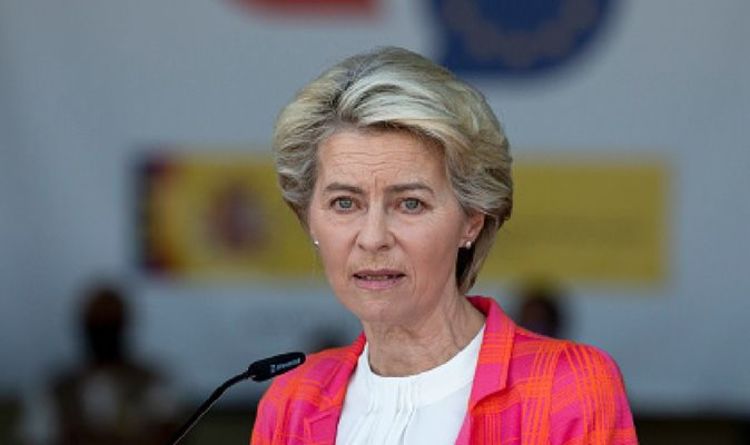