MISSOURI, USA: The mass burial earlier this month of 104 Yazidi victims of Daesh massacres in Iraq’s Nineveh province was yet another somber occasion for a religious community scarred forever by its encounter with attempted extermination.

As the remains of the men, identified and exhumed from mass graves, were laid to rest on Feb. 9 in the village of Kocho near Mount Sinjar, video footage and photos of the event reminded the world of the horrific crimes the Yazidis of Iraq were subjected to less than seven years ago.

The UN has long determined that Daesh carried out genocide against the small community. The big question is, what are their chances of getting justice, if at all?

At least the 104 murdered Yazidis received some dignity in death. In Baghdad, a ceremony was held for them at the Tomb of the Unknown Soldier, and then their remains were brought to their homeland in northern Iraq.

Tens of thousands of other Yazidis who perished at the hands of the self-declared Islamic State remain unaccounted for. Their bodies most likely lie in various other unmarked mass graves created by the Daesh terrorists who rampaged across the region between 2014 and 2017. The victims’ families still await word of their loved ones’ fate.

According to the BBC, “there were believed to be an estimated 550,000 Yazidis living in Iraq before IS invaded on 3 August 2014. Some 360,000 Yazidis escaped and found refuge elsewhere.”

Of the many Yazidis that Daesh turned into slaves during their awful reign in the area, Amnesty International states that some 2,000 rescued children today are still not getting the care and rehabilitation they need. Yazidi villages and towns ravaged by Daesh still lie in ruins, with their former residents unable to return yet and instead languishing in displaced persons camps across northern Iraq.

Justice and restitution for the Yazidis will require more than just prosecuting Daesh collaborators, rebuilding their communities and compensating the survivors, however. Iraqi and Kurdish society’s treatment of Yazidis was problematic well before Daesh burst on the scene.

Iraqi society historically marginalized and ridiculed Yazidis for their faith, calling them “unbelievers” and “devil worshippers.” In reality, the Yazidi religion combines elements of Zoroastrianism, Judaism, Christianity and Islam. Popular misconceptions about and demonization of the Yazidi community created one of the preconditions for Daesh’s genocide attempt.

Genocide scholars such as Helen Fein identify four principal preconditions that generally precede genocidal episodes: The first and perhaps most important of these are that the victims be excluded from the main group. Such exclusion can go beyond the denial of citizenship or group membership.

When members of the group come to be viewed as sub-human (“devil worshippers” or “apostates”), the usual moral injunctions against murder fall away. Iraqi and Kurdistani leaders must therefore work harder to instill popular understanding of the Yazidis and their religion as a legitimate and important component of Iraq’s culture and heritage.

The Yazidis and their place within Iraq need to be celebrated and respected rather than tolerated.

Yazidis revere both Bible and Quran, but much of their own tradition is oral.

It is not possible to convert to Yazidism, only to be born into it.

Crises or opportunities from political vacuums constitute the second precondition for genocides. This happened in Iraq when the federal government and its army failed the Iraqi people. Baghdad’s failures in governance allowed popular discontent to swell, particularly among Iraq’s Sunni Arab population, and paved the way for the emergence of Daesh.

When the Iraqi army, whose leadership was packed with incompetent political appointees of the Nouri al-Maliki regime, fled in the face of inferior Daesh forces, the resulting crisis allowed the radicals to run amok.

Daesh rule over much of central and northern Iraq from 2014 to 2017 in turn fulfilled the third precondition for genocide, which comes in the form of a dictatorial state. Free of the checks and balances of democratic politics, the group’s leadership was accountable to no one and could massacre whomever it wished.

The fourth and final precondition for genocide comes in the form of bystanders — particularly powerful states in the international community — who remain unwilling to intervene. Luckily this turned out to be the missing precondition for Daesh’s genocidal dreams in Iraq and Syria.

The US, Iran, various European countries, the government in Baghdad, the Kurdistan Regional Government (KRG) in Erbil, the Kurdistan Workers’ Party (PKK) and others all intervened to stop Daesh.

Rescue efforts in the late summer of 2014 to save fleeing Yazidis on Mount Shingal captured the world’s imagination, and the total elimination of an already small community was thankfully averted.

By 2017 Mosul was liberated from Daesh control, with the last remaining territories held by Daesh in Iraq following suit soon after.

Moving forward and granting Yazidis some measure of justice for what was done to them will require several things. Obviously as many of the perpetrators of the crimes against Yazidis as possible must be brought to justice. This is not impossible, but it does require political will and resources.

Yazidi towns and villages need faster and more sustained reconstruction. Even then, effecting a return of the Yazidi population will remain difficult within an ambiguous political context. The PKK, Shiite militias, Iraqi government forces and KRG forces all linger in Yazidi areas such as Shingal, with frequent Turkish air strikes occurring as well.

Whatever the interests of the local population, all these actors wish to maintain influence and control over the future of the Yazidi region. The quickest way out of such a mess would be to accede to the demands of various Yazidi groups themselves.

They want increased levels of autonomy in their homeland, which would allow them to determine their own fate and provide for their own security in cooperation with both Baghdad and the nearby KRG. The Iraqi Constitution of 2005 allows for, and even envisions, the emergence of multiple regions beyond Iraq’s single region of Kurdistan.

On a more general level, Iraq must adopt measures to make its constitutional guarantees to the Yazidis and other minorities more than just words on paper.

Article 2 of the Iraqi Constitution states, in Part One, that “Islam is the official religion of the State and is a foundation source of legislation.” But it goes on to say, in Part Two, that “This Constitution guarantees the Islamic identity of the majority of the Iraqi people and guarantees the full religious rights to freedom of religious belief and practice of all individuals such as Christians, Yazidis, and Mandean Sabeans.”

Awareness campaigns and legal initiatives to prevent discrimination against Yazidis and others could make the promises from this section of the constitution more of a reality. Just as Iraq in general has gone a long way towards recognizing Iraqi Kurds as a legitimate and important component of Iraq, so too could Yazidis be recognized.

In this quest for some measure of justice, the international community should also offer whatever assistance it can. As they continue to exhume their dead from various mass graves, the Yazidi community deserves at least this much. 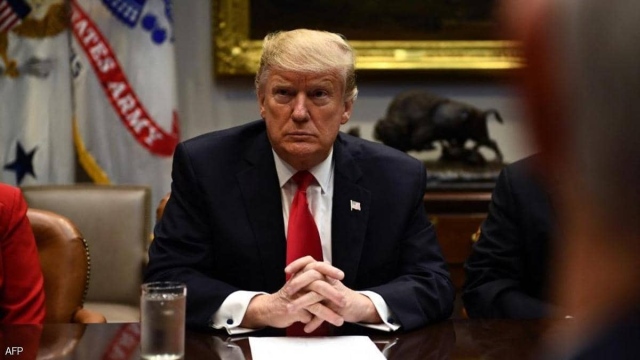