short link
Facebook Twitter LinkedIn WhatsApp Telegram Share via Email
The Minister of Foreign Affairs and Expatriate Affairs of Yemen Dr. Ahmed bin Mubarak called on the international community to exert maximum pressure on the Houthi militia, and behind it Iran, to stop the military escalation in Marib and to bow to calls for peace. He stressed during separate meetings in Riyadh with the UN envoy Martin Griffiths, the British ambassador and the Chargé d’Affairs of the Japanese Embassy today (Tuesday) that the continuation of the Houthi criminal behavior will lead to prolonging the war and exacerbating the humanitarian situation. He accused the Houthi militias of not being serious about peace, and that their military attack in Marib and their bombardment of civilians and displaced people prove that their decision depends on the Iranian regime.

The Foreign Minister called for the need to pressure the militia to realize that violence only breeds violence, that killing only breeds murder, and that the illusion and ecstasy of force fade away in front of the will and determination of Yemenis, reiterating the Yemeni government’s commitment to continue its positive engagement in efforts to bring about comprehensive and sustainable peace in Yemen.

On his part, Griffiths expressed his concern about the deterioration of the humanitarian situation in Marib Governorate, stressing that negotiation is the solution that meets the aspirations of the Yemenis, and an end to the war in Yemen. 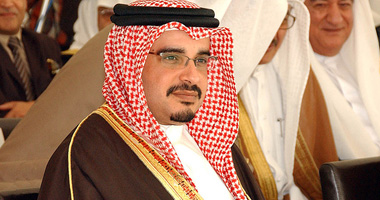 Crown Prince of Bahrain: Saudi Arabia is a factor of stability in the region and the global economy