After a brutal summer surge, driven by the highly contagious Delta variant, the coronavirus is again in retreat.

The United States is recording roughly 90,000 new infections a day, down more than 40 percent since August. Hospitalizations and deaths are falling, too.

The crisis is not over everywhere — the situation in Alaska is particularly dire — but nationally, the trend is clear, and hopes are rising that the worst is finally behind us.

Over the past two years, the pandemic has crashed over the country in waves, inundating hospitals and then receding, only to return after Americans let their guard down.

It is difficult to tease apart the reasons that the virus ebbs and flows in this way, and harder still to predict the future.

But as winter looms, there are real reasons for optimism. Nearly 70 percent of adults are fully vaccinated, and many children under 12 are likely to be eligible for their shots in a matter of weeks. Federal regulators could soon authorize the first antiviral pill for Covid-19.

“We are definitely, without a doubt, hands-down in a better place this year than we were last year,” said Dr. Nahid Bhadelia, director of the Center for Emerging Infectious Diseases Policy and Research at Boston University.

But the pandemic is not over yet, scientists cautioned. Nearly 2,000 Americans are still dying every day, and another winter surge is plausible. Given how many Americans remain unvaccinated, and how much remains unknown, it is too soon to abandon basic precautions, they said.

“We’ve done this again and again, where we let the foot off the pedal too early,” Dr. Bhadelia said. “It behooves us to be a bit more cautious as we’re trying to get to that finish line.”

When the first wave of cases hit the United States in early 2020, there was no Covid vaccine, and essentially no one was immune to the virus. The only way to flatten the proverbial curve was to change individual behavior.

That is what the first round of stay-at-home orders, business closures, mask mandates and bans on large gatherings aimed to do. There is still debate over which of these measures were most effective, but numerous studies suggest that, collectively, they made a difference, keeping people at home and curbing the growth of case numbers.

These policies, combined with voluntary social distancing, most likely helped bring the early surges to an end, researchers said.

“And then the measures would be lifted, maybe memories would fade,” said Jennifer Nuzzo, an epidemiologist at Johns Hopkins University.

Eventually, cases would rise again, and similar patterns would play out. Businesses and local governments would reimplement restrictions, while people who had begun venturing out into the world again would hunker down and mask up.

During last winter’s surge, for instance, the percentage of Americans who reported going to bars or restaurants or attending large events declined, according to the U.S. Covid-19 Trends and Impact Survey, which has surveyed an average of 44,000 Facebook users daily since April 2020.

“The curve is shaped by public awareness,” Dr. Nuzzo said. “We’re sort of lurching between crisis and complacency.”

Delta arrived during a period of deep pandemic fatigue, and at a moment when many vaccinated Americans felt as though they could finally relax. Data suggests that the new variant prompted less profound behavioral change than previous waves.

In mid-July, just 23 percent of Americans said that they always wore a mask in public, the lowest percentage since March 2020, according to the Institute for Health Metrics and Evaluation at the University of Washington, which compiles data from several sources.

By Aug. 31, the peak of the Delta wave, that figure had risen to 41 percent, although it remained far below the 77 percent of people who reported wearing masks during the winter surge.

“If you just look around, people are much more living a normal life or a pre-Covid life,” said Dr. Christopher Murray, director of the institute.

Meanwhile, more temperate autumn weather arrived, making it possible for Americans in many regions of the country to socialize outside, where the virus is less likely to spread.

Indeed, many of the current virus hot spots are in the northernmost parts of the country, from Alaska to Minnesota, where even cooler temperatures may be sending people back inside.

Behavioral change is a temporary, short-term way to drive cases down. The true end to the pandemic will come through immunity.

The Delta wave was the first major, national surge to occur after vaccines had become widely available, providing many adults with substantial protection against the virus. (Delta also probably led more Americans to get vaccinated.)

At the same time, the variant was so infectious that it spread rapidly through vulnerable populations, conferring natural immunity on many unvaccinated Americans.

Although neither vaccination nor prior infection provides perfect protection against the virus, they dramatically reduce the odds of catching it. So by September, the virus had a substantially harder time finding hospitable hosts.

“Delta is running out of people to infect,” said Jeffrey Shaman, an infectious disease epidemiologist at Columbia University.

The fact that case numbers are falling does not mean that the country has reached herd immunity, a goal that many scientists now believe is unattainable. But the rising levels of vaccination and infection, combined with more modest behavioral changes, may have been enough to bring the surge to an end.

“It’s a combination of immunity, but also people being careful,” said Joshua Salomon, an infectious disease expert and modeler at Stanford University.

Indeed, scientists said that a combination of factors, which might be different in different parts of the country, would ultimately determine when and why the virus waxed and waned.

“The different surges and waves depend on how big were the waves before that one, how many people have been vaccinated, when the schools reopened, the different variants,” said Alessandro Vespignani, director of the Network Science Institute at Northeastern University in Boston.

There is some randomness involved, too, especially because small numbers of “superspreaders” seem to play a disproportionate role in setting off outbreaks. “About 10 to 20 percent of the people are responsible for 80 to 90 percent of the infections,” said Christina Ramirez, a biostatistician at the University of California, Los Angeles.

What to Know About Covid-19 Booster Shots

The F.D.A. authorized booster shots for a select group of people who received their second doses of the Pfizer-BioNTech vaccine at least six months ago. That group includes: Pfizer recipients who are 65 or older or who live in long-term care facilities; adults who are at high risk of severe Covid-19 because of an underlying medical condition; health care workers and others whose jobs put them at risk. People with weakened immune systems are eligible for a third dose of either Pfizer or Moderna four weeks after the second shot.

The C.D.C. has said the conditions that qualify a person for a booster shot include: hypertension and heart disease; diabetes or obesity; cancer or blood disorders; weakened immune system; chronic lung, kidney or liver disease; dementia and certain disabilities. Pregnant women and current and former smokers are also eligible.

It is not recommended. For now, Pfizer vaccine recipients are advised to get a Pfizer booster shot, and Moderna and Johnson & Johnson recipients should wait until booster doses from those manufacturers are approved.

Yes. The C.D.C. says the Covid vaccine may be administered without regard to the timing of other vaccines, and many pharmacy sites are allowing people to schedule a flu shot at the same time as a booster dose.

That means that two similar communities might find themselves on radically different trajectories simply because one highly infectious person happened to attend a crowded indoor event, fueling a major outbreak.

Other states were largely spared, for reasons that remain unclear, Dr. Murray said. “Why was Michigan the only state with a large Alpha surge in spring?” he said. “We have no idea.”

What comes next is hard to predict, but cases may not necessarily continue their steady decline, scientists warned.

Britain and Israel, which both have higher vaccination rates than the United States, are still struggling with outbreaks .

“That should be a wake-up call,” said Michael Osterholm, director of the Center for Infectious Disease Research and Policy at the University of Minnesota. “Do not go back into the pre-Fourth-of-July mind-set again, where everybody thought it was done and over with.”

Most experts said they would not be surprised to see a least a small increase in cases later this fall or this winter as people begin spending more time indoors and traveling for the holidays.

But because the vaccines remain highly effective at preventing hospitalization and death, any coming winter spikes may be less catastrophic than last year’s.

“It’s not likely that it will be as deadly as the surge we had last winter, unless we get really unlucky with respect to a new variant,” Dr. Salomon said.

The emergence of a new variant remains a wild card, as does the possibility that the protection afforded by vaccination could start to wane more substantially.

Our own behavior is another source of uncertainty.

“Predicting an outbreak is not like predicting the weather, because you’re dealing with human behavior,” said Nicholas Reich, a biostatistician at the University of Massachusetts, Amherst. “And that’s a fundamentally really hard thing to predict: new policies that would come into force, people’s reactions to them, new trends on social media, you know — the list goes on and on.”

But our behavior is, at least, under our control, and it remains a critical variable as we head into the winter, scientists said. By and large, they did not recommend canceling holiday plans; many said they themselves would be celebrating with friends and relatives. But they did suggest taking sensible precautions.

There is still time to be vaccinated or encourage loved ones to be vaccinated before Thanksgiving. Wearing masks in certain high-risk settings, hosting events outdoors when the weather is nice and taking rapid Covid tests before holiday gatherings are all common-sense strategies for reducing risk, experts said.

“It doesn’t mean Lockdown Christmas No. 2,” said Angela Rasmussen, a virologist at the Vaccine and Infectious Disease Organization at the University of Saskatchewan. “But it does mean that we should all just be mindful that this is not completely over yet.” What to watch this weekend: ‘Baptiste’ on PBS 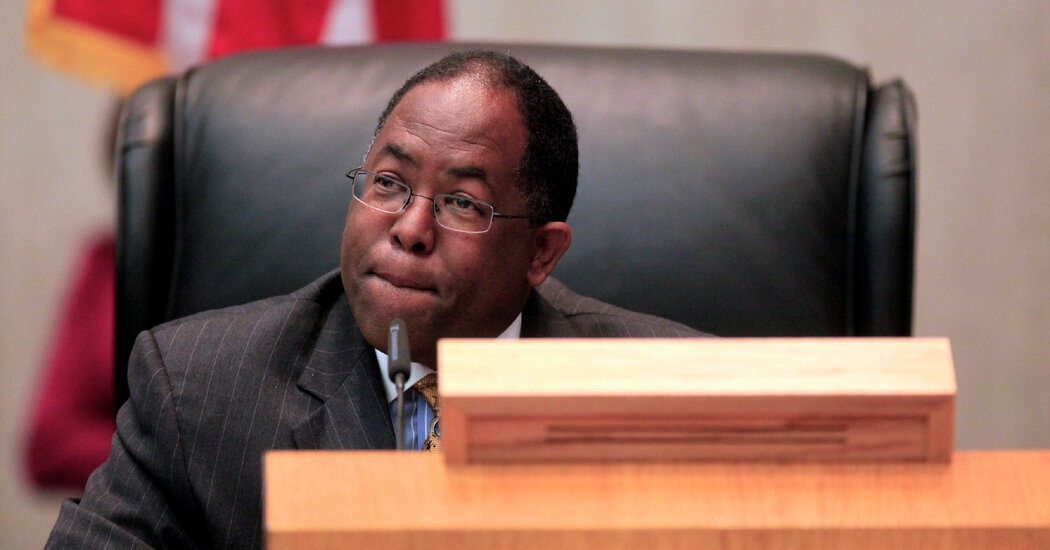