Craig Bellamy has called the Broncos’ decision to bench Melbourne-bound Origin star Xavier Coates “a little bit harsh”, questioning what the relegation would do to Coates’ confidence.

In May, Coates inked a contract with the Storm, set to begin in 2022, and has since fallen out of favour at Red Hill.

Despite being picked for Queensland in all three Origin games this series, Coates hasn’t played at club level in over a month and was once again overlooked for a spot in Kevin Walters’ 17 to face the Panthers this weekend.

Bellamy said he was unsure whether Brisbane had “put a line” through selecting Coates again this season, but said if that were the case, he would be open to welcoming Coates into the fold before the end of the year.

“It’s something we’ve had a look at (bringing him across early), but I don’t know whether the Broncos have put a line through him or not,” Bellamy told reporters on Thursday.

“If they have, you’d think they wouldn’t be against letting him go early.

“There’s not much we can do about it and it’s up to the Broncos what they do, as he’s a contracted player with them for the rest of the year.”

While Bellamy said he respected Walters’ right not to select Coates, he said benching the 20-year-old just because he had signed a contract elsewhere was “a little bit harsh”.

“If they don’t want to play him, they’re well within their rights there, but it seems a little bit harsh and I’m not quite sure what that does for Xavier’s mental wellbeing if he’s fit to play and he’s not playing,” the super coach said.

“But that’s the Broncos’ decision and they’ll do what they think is right and right for them.”

NRL clubs must finalise their rosters by August 1, after which time players are not permitted to switch teams mid-season, so the Storm still has over a week to decide whether it can make an early play at Coates.

However, Bellamy insists the situation is low on his priority list.

“He’d add a bit of depth to our outside backs and he’d add a bit speed and a bit of size, but at the end of the day we’re not going to concern ourselves too much with something that might not happen or is unlikely to happen,” he said.

“My job is to concern myself with what we’ve got, not what we haven’t got or what we might get or what we’re going to get next year.

“My job is to keep my focus on what’s happening now.”

Storm fullback Ryan Papenhuyzen will play his first NRL game since round 10 when Melbourne takes on the Cowboys this Friday night.

In Magic Round, Dragons forward Tyrell Fuimaono was sent off for a hit that left Papenhuyzen dazed and unable to play footy for more than two months.

The 2021 Clive Churchill Medallist’s long wait finally appears to be over, however.

“It’s obviously been a long time coming, but obviously it was a nasty tackle he copped there in Magic Round and as I said, it’s been a long wait but we just wanted to be safe rather than sorry.”

Bellamy said Papenhuyzen had been taken on a full load at training for “two to three weeks” in preparation for his return.

The coach said he had “a little plan” for including both Papenhuyzen and his understudy Nicho Hynes in Friday night’s contest, but kept his cards close to his chest as to the specifics.

“We’ve got a plan and we’ll hopefully get a chance to put that into operation and we’ll just see how it goes,” he said.

“Hopefully that plan will work out the way we want to do it, but (Papenhuyzen) certainly won’t be playing 80 minutes.”

Melbourne heads to North Queensland chasing its 15th win in a row.

The Storm haven’t conceded defeat since they went down to Penrith in round three. They’ll look to make amends for that last-minute loss when they face the second-placed Panthers in round 20, for what firms as the most hotly anticipated game of the regular season. 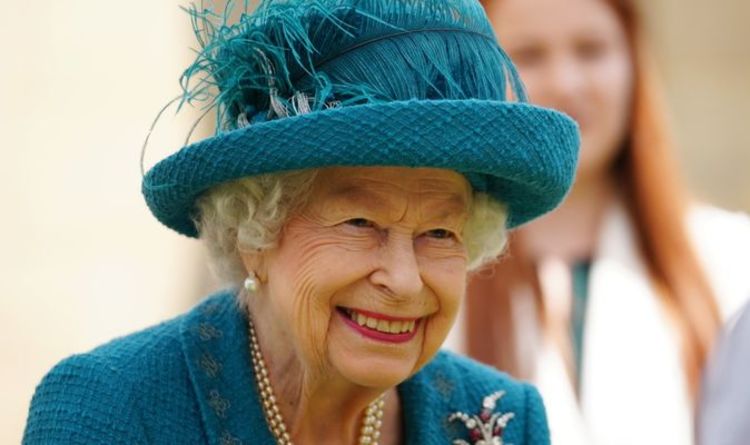 Queen Elizabeth II: Her Majesty tricks US tourists who asked her ‘Have you met the Queen?’ | Royal | News